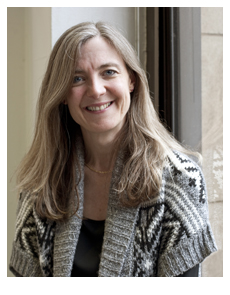 Suzanne McBride is associate chair of the Journalism Department at Columbia College Chicago, where she teaches public affairs and investigative reporting. She’s co-founder of ChicagoTalks.org, a seven-year-old local news site that Fhas won national, regional and local journalism awards. Suzanne launched a second local news site, AustinTalks.org, in spring 2010. It provides news and information about Chicago’s West Side, with an emphasis on sharing the untold stories of the community. The site has been honored by the Chicago Headline Club and formed a unique partnership with the area’s dominant weekly newspaper. Suzanne has been invited to speak at dozens of conferences across the U.S., Canada and Europe. In spring 2012, she conducted research on online journalism in Europe as a Fulbright Scholar based in Ireland and taught at the Dublin Institute of Technology. Before joining Columbia’s faculty, Suzanne was an editor and reporter at The Indianapolis Star and the now-defunct Indianapolis News. She also worked at WTHR/13, the NBC affiliate in Indianapolis, and as an editor at the Terre Haute (Ind.) Tribune-Star, a business reporter for The Journal Gazette in Fort Wayne (Ind.), and a legislative aide on Capitol Hill. She’s a Phi Beta Kappa graduate of the University of Iowa and earned a master’s degree from Northwestern University’s Medill School of Journalism.