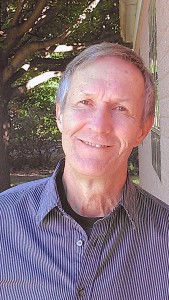 Steve Bogira was born and raised on the south side. He’s been writing for the Chicago Reader since 1981, mainly about poverty and segregation and the people struggling with them. He’s recounted the lives of a teen mother who died saving her children in a fire, and of a housing project resident slain by someone who entered her apartment through her medicine cabinet. He’s written about the homeless and the jailed, about cancer victims and schizophrenics whose troubles were aggravated by their indigence. His book Courtroom 302, about a year in the life of Chicago’s criminal courthouse, won the Midland Authors nonfiction award for 2005, and was a finalist for the LA Times “current interest award.” Bogira attended Northwestern University on a Chick Evans caddie scholarship. His journalism has been supported by an Alicia Patterson Fellowship and a Kaiser Media Fellowship in Health Reporting. He has an honorary doctorate in humane letters from Albion College. He taught parents-to-be at Michael Reese Hospital, and currently teaches literary journalism in Northwestern’s School of Professional Studies.