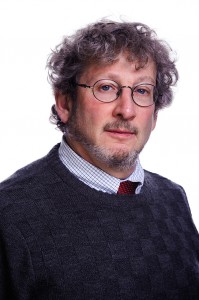 Jack Doppelt is a Medill journalism professor at Northwestern University, publisher of Immigrant Connect (an online storytelling network for immigrants, their families and communities in and around Chicago) and RefugeeLives (depicting the daily lives of refugees and establishing connections between resettled refugees and those abroad), and a faculty associate at Northwestern’s Institute for Policy Research. During 2014, he’s serving as a Charles Deering McCormick Professor of Teaching Excellence at Northwestern; an Open Society Fellow, working with Al-Quds University in the West Bank to develop a journalism program; and the principal investigator in a McCormick Foundation-funded project on social justice reporting in Chicago.
He has served as both Acting Dean and Associate Dean, and as director of the Medill global journalism program for 11 years from its inception in 1996 until 2007. He teaches during winter quarters at NU-Q in Doha, Qatar and in 2006-07, he served as visiting professor at Institut d’Etudes Politiques de Paris (Sciences Po) in France. Doppelt is co-author of Nonvoters: America’s No Shows, about why people don’t vote, and of The Journalism of Outrage: Investigative Reporting and Agenda Building in America, a book on investigative reporting and its influence on public policy. He is working on a project on refugees who return home to homes they’ve never known.
Email: j-doppelt@northwestern.edu 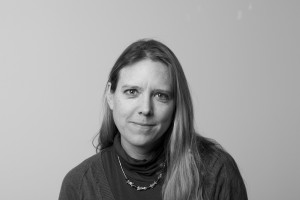 Kari Lydersen is a Chicago reporter, author and journalism instructor. She wrote for The Washington Post as a staffer in the Midwest Bureau in Chicago until the bureau closed in 2009, and she wrote for the New York Times Chicago edition from 2010 to 2012 with the Chicago News Cooperative. Her work has also appeared in publications including The Economist, People Magazine, The Christian Science Monitor, The Chicago Reader and The Chicago Reporter. She currently covers energy stories for Midwest Energy News and labor issues for In These Times magazine’s “Working” blog. She is the author of four books, most recently Mayor 1%: Rahm Emanuel and the Rise of Chicago’s 99%. In 2011-2012 she was a Ted Scripps Environmental Journalism fellow at the University of Colorado, focusing on hard rock mining. She has also participated in immigration, environmental and health journalism fellowships with the Institute for Justice and Journalism, the Institute for Journalism and Natural Resources and Reportingonhealth.org.She has taught journalism at Columbia College Chicago, the School of the Art Institute of Chicago and with the youth program We the People Media; and she is a research associate with the Medill Watchdog Project at Northwestern. She received a BSJ from Medill in 1997 and was also on the swim team at Northwestern. Email: karin.lydersen@northwestern.edu 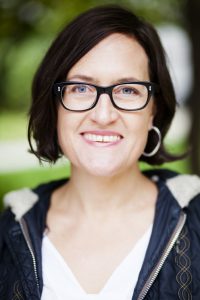 Martha Bayne is a Chicago writer and editor. Formerly a senior editor at the Chicago Reader, she has also worked as a copy editor at the Chicago Tribune and as a freelance editor of books and essays. From 2014-1016 she was the editor in chief of Belt Magazine, an online magazine covering the postindustrial Midwest; she is currently a senior editor with its critically acclaimed affiliated small press, Belt Publishing, publisher of three books she’s edited: The Chicago Neighborhood Guidebook,  Rust Belt Chicago: An Anthology and Red State Blues: Stories of Midwestern Life on the Left. Her reporting and essays have appeared in the Baffler, the Chicago Tribune, Crain’s Chicago Business, the Chicago Reporter, Puerto Rico’s Centro de Periodismo Investigativo,  Eater, PRI/The World, and many other outlets. She has been a Social Justice News Nexus fellow (Cycle 3) and a fellow with the nonprofit civic journalism lab City Bureau.  A graduate of Oberlin College, she is also an ensemble member with Chicago’s Theater Oobleck and the founder of the long-running community meal project Soup & Bread. Email: sjnnchicago@gmail.com.