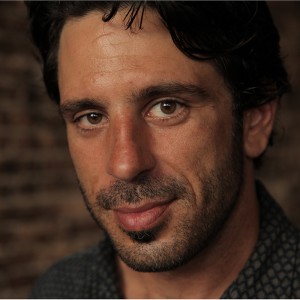 Rafael Franco Steeves settled in Chicago six years ago after working as a journalist and commercial photographer in his native Puerto Rico. He has published a novel – El peor de mis amigos — and won the Puerto Rican Institute of Culture’s first annual national short story award with his collection, Alaska. His journalistic work has appeared in The New York Times, New YorkNewsday, The Orlando Sentinel, and El Nuevo Día, among others. Upon arriving in the Windy City, Rafael discovered theater and has collaborated with Halcyon Theater, The Inconvenience, Theater Y and others. Three years ago he signed with Gray Talent Agency and also began adapting one of his stories for the screen. He currently works as an interpreter and is translating Bill Hillmann’s novel The Old Neighborhood into Spanish. He is also working on a bilingual incarnation of Huevo Crudo, an art and literature magazine he helped found in Puerto Rico in the late 1980s; while continuing to work on his next novel, a sprawling, genre-bending blend of sci-fi, cosmic horror and social commentary.