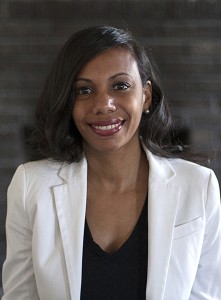 Natalie Moore is WBEZ’s South Side Bureau reporter. Prior to joining the WBEZ staff in May 2007, Natalie was a city hall reporter for the Detroit News. She has also been an education reporter for the St. Paul Pioneer Press and a reporter for the Associated Press in Jerusalem. Natalie’s work has been published in Essence, Black Enterprise, The Chicago Reporter, Bitch, In These Times, the Chicago Sun-Times and The Chicago Tribune. Her upcoming book “The South Side: A Portrait of Chicago and American Segregation” will be published in March 2016 by St. Martin’s Press. She is co-author of the book “Deconstructing Tyrone: A New Look at Black Masculinity in the Hip-Hop Generation” (Cleis Press, 2006). She is also co-author of “The Almighty Black P Stone Nation: The Rise, Fall and Resurgence of an American Gang” (Lawrence Hill Press, 2011). Natalie is a 2009 fellow at Columbia College’s Ellen Stone Belic Institute for the Study of Women and Gender in the Arts and Media, which allowed her to take a reporting trip to Libya. She’s also a 2010 recipient of the Studs Terkel Community Media Award. She has won several journalism awards, including a Casey Medal for Meritorious Journalism. Natalie has an M.S.J. in Newspaper Management from the Medill School of Journalism at Northwestern University and a B.A. in Journalism from Howard University.