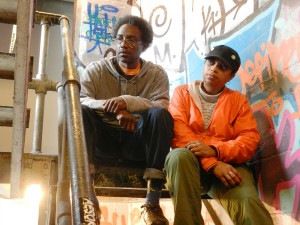 Michael Donley and Carmilla Manzanet are social justice journalists, housing activists, researchers and co-founders of the People’s Institute For Housing Justice. They have been researching the private equity and hedge fund The Blackstone Group and its subsidiaries, since being evicted in late April 2013 by Blackstone’s homes-for-rent subsidiary Invitation Homes. Their work has been featured in In These Times magazine, including the story of their experience occupying a foreclosed home and being evicted; and a collaborative investigation into Blackstone’s practices with Social Justice News Nexus Fellow Rebecca Burns. Michael and Carmilla have also written for Yes! Magazine, participated via video comment on Al Jazeera’s “The Stream,” and contributed to other media outlets.  They are currently interning with Q4.org radio, a community-based internet radio station, where they are often featured on the show “Revolution and Beer.” Michael has also contributed commentary for a short film about the negative stereotypes of public housing, entitled “Candyman: Cabrini-Green and the Fear of Public Housing.”