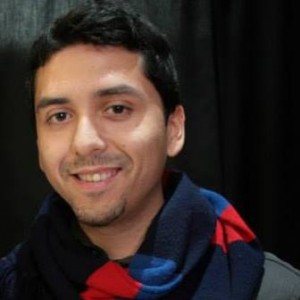 Martin Macias, Jr (a.k.a Xavi) is a Chicago-based Chicano writer, community journalist, feminist, radical urbanist and community organizer. His experiences in multimedia curating, journalism and production include: digital media apprenticeships with After School Matters, a 2008 summer fellowship with the Fair Use Remix Institute, reporting for Youth Radio Intl at the Democratic National Convention and working with the Chicago Youth Voices Network to develop an online dissemination platform for youth media. His professional experiences in journalism include: working with the Poynter Institute for Media Studies, producing and hosting a news program for Radio Arte 90.5fm and writing pieces for online and print publications such as Extra Newspaper, Truthout and Gapers Block. He has participated in social justice movements and gatherings, international solidarity efforts and labor/economic justice campaigns for the past seven years. In December 2014, Martin will have completed his B.A in the Urban Planning/Public Affairs program at UIC where he has been an active student leader with UIC Students Against Sweatshops. In, 2012, he was a recipient of the Davis-Putter Scholarship for student activists. Martin was born in the Back of the Yards community and now resides in the Brighton Park area with his parents and five siblings.