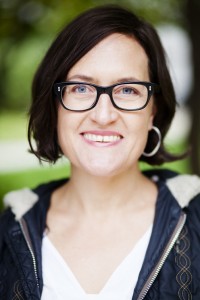 Martha Bayne is a Chicago-based writer and editor and the editor-in-chief of Belt Magazine, an independent online magazine covering the post-industrial midwest, aka “the Rust Belt.” She was for many years an editor and staff writer at the Chicago Reader, and worked for two years on the copy desk at the Chicago Tribune. Her features and essays have appeared in publications including the Reader, Chicago Tribune, Chicago Sun-Times, Occupy.com, Belt, Bookforum, the Baffler and the independent literary site Rumpus, where she is currently co-editor of the Sunday page. She is also a company member with Theater Oobleck and the author of “Soup & Bread Cookbook: Building Community One Pot at a Time” (Agate, 2011), a narrative cookbook based on the long-running community meal project Martha organizes at Chicago’s Hideout bar.