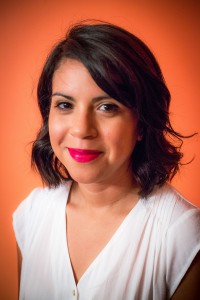 Lucia Anaya is a Chicago-based writer and editor. Her passion for community and social justice journalism began at The Gate newspaper, where she spent three years working as a full-time reporter and assistant editor. During her time at The Gate, Lucia covered housing, education and immigration issues affecting residents in Back of the Yards and surrounding neighborhoods on the Southwest Side, in addition to covering the culture and arts beat. Most recently, she examined Chicago’s violence and the role the media plays in creating neighborhood perceptions for her graduate thesis at the School of the Art Institute of Chicago. By examining local media coverage on violence and speaking to members of youth media programs, her thesis focused on providing a more human face to stories about Chicago, its violence and its neighborhoods. She holds a B.A. from DePaul University and an M.A. from the School of the Art Institute of Chicago. Her writing has appeared in the Chicago Reader, F Newsmagazine, E+D magazine and Gozamos.