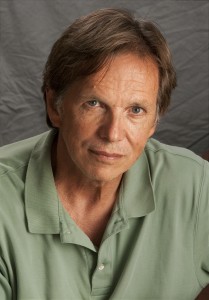 Lloyd DeGrane is a Chicago-based freelance photographer whose work has appeared in the New York Times, Chicago Tribune, Chicago Reader, Paris Match and other national and international publications. He also does photography for institutions including the University of Chicago, the University of Illinois system, the University of Notre Dame, the Alliance for the Great Lakes, the Nature Conservancy, the March of Dimes, Bank of America, FMC Corporation and the Adventist Healthcare System. His black and white documentary work has been exhibited at the Chicago Cultural Center, the Chicago History Museum, The Gage Gallery and the Corcoran Gallery in Washington, D.C., among others. He has documented the Illinois prison system extensively with photos appearing in international publications and academic journals. Lloyd’s photo documentation of home life and television-watching in the Midwest resulted in the publication of “Tuned In: Television in American Life” (University of Illinois Press).