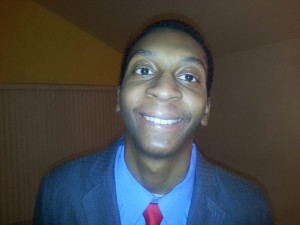 Joshua Conner is the creator of the website Newsgentpost, a combination of a news magazine and a men’s magazine. A 2013 graduate of Phoenix Military Academy high school in Chicago, Joshua has published a variety of articles including on political, financial and medical topics for his school newspaper and other publications. He covered Phoenix’s first annual poetry slam and a staff briefing for Four Star General Robert W. Cone. Joshua was also a student journalist contributor for Chicago Tribune-The Mash. And during 2012-2013, he was a publicist for the Economic Awareness Council, On the Money magazine, were he published articles and blogged on college and career issues. In 2013, Joshua was a Columbia Links I-Team investigative reporter, webcast and anchor reporter, on pieces including “Lost Boys Black & Brown,” exploring the “cradle to prison pipeline.” In his free time, Joshua watches hours of news, listens to the radio, reads and volunteers. Joshua is a Chicago native who lives in the Auburn Gresham neighborhood.