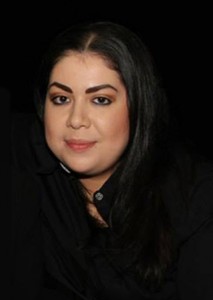 Jackie Serrato comes from Chicago’s Little Village neighborhood. She moderates a social media channel of neighborhood news and culture with thousands of followers from Chicago, the suburbs, other U.S. cities and Mexico. She attended Chicago Public Schools on the Southwest Side, then in 2010 earned a bachelor’s degree from Colgate University. Jackie went on to complete an intensive training at the School of Authentic Journalism in community-centered communication strategies and tactics. She works with Vocalo Radio 90.7FM, a project of Chicago Public Media (WBEZ), to capture the experiences of former inmates and visitors at Cook County Jail. Her audio story on gang consciousness titled “Border Mentality: 26th Street” broke WBEZ’s record of online listens. Instead of third-person narration, Jackie believes that people should be the tellers of their own stories.