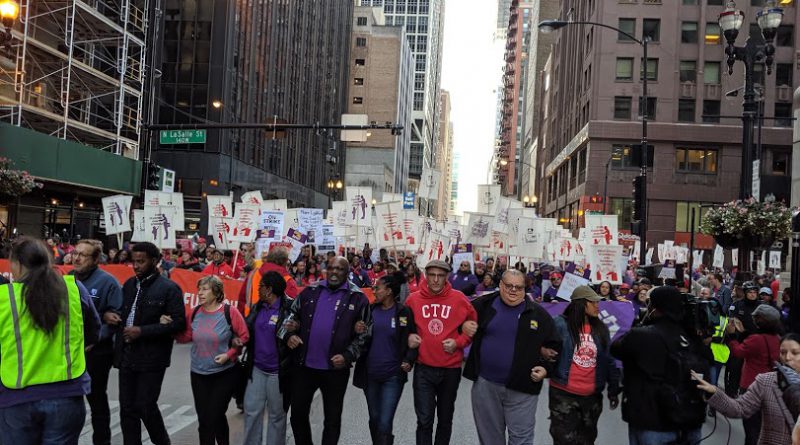 The Coronavirus Aid, Relief, and Economic Security Act (CARES), signed into law in late March, granted education secretary Betsy DeVos the authority to waive key provisions of the Individuals with Disabilities Education Act (IDEA.) Rather than dismantling the IDEA, as many advocates of students with disabilities expected her to, DeVos took a different tack. Instead, she declared that “there is no reason for Congress to waive any provision designed to keep students learning.”

Despite relief that the IDEA’s mandates would be upheld, special educators balked at the bureaucratic nightmare created by the Department of Education’s failure to adapt the IDEA to remote education. As things currently stand, special education teachers are technically required to rewrite 70,000 individualized education plans, or IEPs, for remote learning. The Council for Exceptional Children urged the Department of Education to allow more flexible implementation of IEP requirements during the COVID-19 pandemic.

In May, the Chicago Teachers’ Union sued the Department of Education, as well as the Chicago Public School district, seeking an emergency injunction to stop the DOE “from enforcing regulations that place impossible administrative burdens on students, parents, and educators” by mandating IEPs be rewritten without necessary government support and resources for online special education instruction. With no DOE guidance, teachers and union representatives contended, the need to rewrite IEPs created an unscalable mountain of paperwork that prevented educators from being able to serve their students effectively amid the pandemic.

DeVos and CPS countered that the union’s lawsuit was not about serving students with disabilities, but rather about shirking the responsibility to do so. “The lack of clarity from the DOE about how these regulations are to be enforced puts special educators in a bind,” explains Will Bloom, the lawyer who argued the CTU’s case. “CPS hedged their bets and shifted all the risk onto teachers and other education workers. They didn’t seek more clarity or resources, they just dumped a bunch of extra work on Special Education Classroom Assistants and teachers and said, ‘Follow the law, you’re on your own to figure out how.’”

The court ruled that the CTU did not have standing, finding the remedy being sought would not address the harm CTU members were facing, and dismissed the case. The federal government’s duties as per the CARES Act formed the basis of the ruling rather than a determination of CPS’ duties vis-a-vis its workers.

As per a recent legislative update, the Chicago Teachers’ Union has won “additional protection for members around discipline and remediation during remote learning”, without which they “believe Chicago public schools would have used teacher evaluation as a way to push austerity and lay off educators.” Inflexibility regarding IEP regulations allows the district to avoid liability for services students with disabilities are entitled to by law, the union argues, while also not allocating funding for those services and threatening the livelihood of service providers.

Creating an IEP is a lengthy and byzantine process with many procedural safeguards to ensure parents an equal say in the plan’s design. According to Chicago special educators, this past spring they found themselves forced not only to work overtime and neglect their regular teaching responsibilities, but to intrude upon working parents during their lunch breaks, with no other alternative than to run roughshod over their civil rights by excluding them from decision-making. For this fall, CPS announced a hybrid reopening plan in which students would have alternated between remote and in-person learning, but the resistance of terrified families and workers- alongside the ever-mounting COVID-19 death toll- caused the district to change course, at least temporarily.

Chris Geovanis, head of communications at the Chicago Teachers’ Union, proposes that CPS could pay for more case managers to process IEP paperwork by ending their contract with the Chicago Police Department, as the wider movement to defund the police is urging. While CPS has reduced its contract with CPD by half, school resource officers still collect hefty salaries. And there’s a growing movement to remove them from schools, as parents and students argue the officers too often profile or deploy excessive disciplinary force against Black and brown students. The union proposes that the district could also save money by more quickly ending payments to the maintenance contractor Aramark, a contract the district canceled after widespread failings. Finally, Geovanis asserts, revenue currently used for development projects in TIF (Tax Increment Funding) zones could be invested into schools instead.

“I think the union has it right that we’re overtaxing teachers,” says Kary Zarate, a doctoral candidate at the University of Illinois-Chicago who has taught special education in the city for nearly a decade. “But I’m opposed to (IDEA) waivers because we fought so hard for these protections. How would we restore them? E-learning can’t be the long game, this can only be temporary, or else we will end up oppressing people.”

Zarate expresses skepticism that remote learning can ever adequately address the needs of students with intellectual, emotional-behavioral, and learning disabilities, but suggests that supplemental income for their parents would increase equity. With paid time off from work, parents could be trained to provide therapeutic services that cannot be provided online, such as hand over hand modeling of essential life skills like handwriting and tying shoelaces.

Geovanis echoes Zarate’s calI for the federal and state government to better support families. “There are a lot of things we need in order for public education to continue to work,” she says, “including Universal Basic Income, more access to SNAP, stronger unemployment benefits, and an extended moratorium on evictions.”

Without a robust social safety net, too many students — particularly those who are homeless or have disabilities -— remain unreachable via remote education, their needs unmet despite CPS’ efforts to distribute digital devices. Although CPS subsidizes internet provider Comcast, Geovanis argues that the service is often unreliable and that stronger broadband must be provided citywide. She stresses that solutions exist to the untenable position special educators in Chicago and around the country find themselves in, solutions that would make their jobs actually doable. The political will is of course another question.