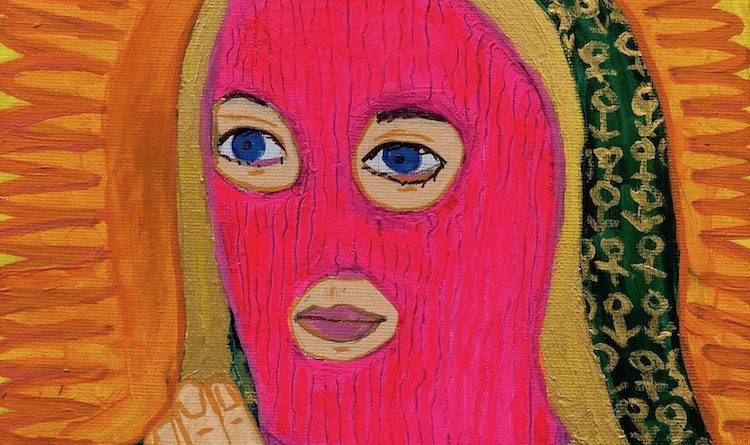 In the city of Chicago lies the community of Little Village, a predominantly Latinx community of Mexican origin. Many in this humble community have a traditional way of thinking, brought by first-generation immigrants, involving their culture and religion. These first-generation immigrants maintain a strong connection with their native country’s cultural norms that often conflict with the perspective of their children, who have been educated and socialized in the U.S.

That traditional mindset influences how topics revolving around sex are approached and how receptive people are to ask for help related to sex and reproduction, especially for the younger members of the community. Sexual topics are taboo and avoided because of fear of embarrassment and how parents might react.

In school, meanwhile, many students don’t feel comfortable asking questions because of the academic relationships they have with their teachers. And classes devoted specifically to sexual education, often taught by the gym teacher, don’t give students adequate information, many students say.

“I feel like he [the gym teacher] wasn’t comfortable teaching the class because he never gave us demonstrations, he just shadowed over it,” said Jennifer, a 15-year-old girl at Little Village Lawndale High School.

When teens feel uncomfortable asking questions about sexuality in school and at home, many of them turn to other sources of information, like friends or the internet. If they seek information from the wrong sources, they risk misinforming themselves and experiencing potentially dangerous consequences.

Chicago has one of the highest STI rates in the nation compared to other urban areas, as reported by Medill Reports Chicago. Little Village has an STI rate of 8.2 to 20.5 per 100,000 people, according to the HIV and STI Surveillance Report of Chicago from 2018.

Camila Ruiz, a 16-year-old resident of Little Village, is a sophomore at Little Village Lawndale High School. She often sees how the lack of knowledge about safe sex affects her peers. Growing up in a religious Mexican household, Camila feels that many teens are misinformed about sex and health because of the environments they are raised in.

“I feel like we’re never taught about sex at all,” she said. “Growing up in a Catholic household, you’re never given the birds and the bees talk in depth. You’re told, ‘This is a woman’s body part, and this is a man’s body part. Use a condom to be safe, but do it when you’re married.’ We’re only taught the basics.”

When we polled high-school-aged students about their sex misconceptions, many said they thought of birth control as being used only as a contraceptive. In reality, it also serves to regulate periods, alleviate menstrual cramps and manage acne.

Myths about sex and contraceptives often make it harder for people to get answers to questions about their bodies. As Timothy Hughes, a gym and former health teacher at Little Village Lawndale High School, puts it, “often times [the youth] are very misinformed about sexually transmitted infections and how it affects them. Some infections never go away.”

“I think it’s important they ask or figure out what is important for them as far as human sexuality, [and for them to] find out not to be pressured to be sexually involved. These decisions affect them emotionally and affect them physically,” he said.

Given the traditional norms in Little Village, it can be even harder for LGBTQ+ people to find sexual health-related resources and support. There are non-profit organizations that can help, like Howard Brown Health, whose mission is to eliminate health disparities experienced by LGBTQ+ people by providing services like primary medical care, HIV/STI prevention and screenings.  Howard Brown Health partners with Project Vida, a community-based organization that addresses Latinx health and HIV/AIDS issues from its location in the heart of Little Village on 26th Street and Kedvale Avenue. This partnership has given both organizations the opportunity to raise awareness within the community and provide needed care to residents.

Project Vida conducts HIV and STI testing in the community and then connects patients with Howard Brown at whichever location is easiest to access. The closest Howard Brown location for many Little Village residents is at La Casa Norte, in the neighborhood of Humboldt Park about five miles to the north.

Antonio Elizondo, manager of sexual reproductive health at Howard Brown Health, said Howard Brown and Project Vida are able to provide screenings to people in a “comfortable way that maybe wouldn’t go in other settings [in Little Village].”

In his work in Little Village, Elizondo has heard many misconceptions about sex that are likely exacerbated by the local culture and lack of resources.

“If people have sex upside down, they won’t get pregnant,” and “people think that saliva is a way of passing HIV or if I touch something someone had or drink something out of their glass,” HIV could be transmitted. These were just some of the misconceptions that stood out to Elizondo.

More often, he’s heard the misconception that “only gay people get HIV.” People also believe  that only certain races can get certain STIs, which is not true.

“HIV does not discriminate, nor do other STIs,” he said. “Other people think that [only if] you are dirty or promiscuous you can get HIV or an STI, and that’s not the case either. You can get it the first time you had sex and have been a virgin.”

Providing sexual health and education services helps the Little Village community take steps forward to combat rumors. To be most effective, programs need to reach where the need is. That’s why Howard Brown opened its Humboldt Park location, the first geared to serving Latinx people.

Thanks to a five-year grant from the CDC, Howard Brown Health and Project Vida in partnership began a testing program last year based at La Cueva, an LGBTQ+ bar in Little Village.

Along with direct services, some hope research can help shed light on the needs in places like Little Village, and help those needs get met.

Pedro Alonso Serrano, is project director of a research study in Little Village funded by the National Institutes of Health, and also a Cook County health program called Keeping it LITE. The study focuses on LGBTQ or nonbinary youth from the ages 13 through 24. They’re given HIV test kits and pre and post test surveys to fill out online. The main purpose of this project is to promote safe sex and awareness among youth around Chicago, things that are especially needed in Little Village.

“It’s a call to action for volunteers to sign up and participate,” said Serrano. “For folks who don’t sign up, you’re really not having your voice heard… I really encourage young people to sign up and volunteer…In paticuliar folks from LGBTQ backgrounds who are largely under-represented in national research studies. Without our voices collected in that work, then folks don’t know what we really need from the larger federal health systems or local services.”

With the help of more research, resources and bona fide education about sex and wellness, misconceptions can be avoided and youth in Little Village can lead healthier more empowered lives.