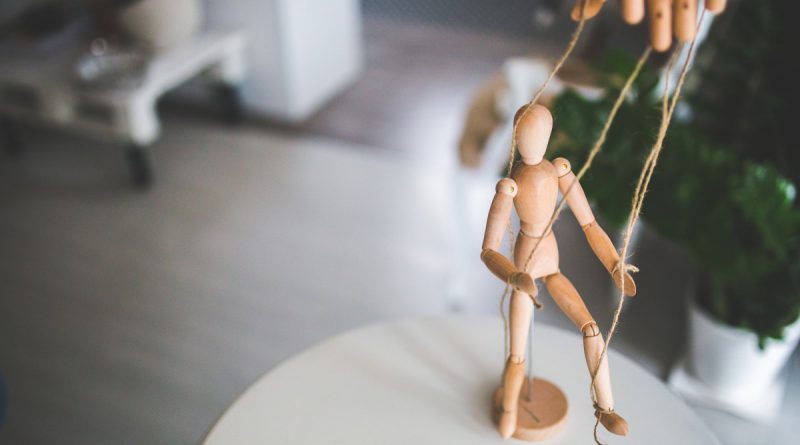 On her show, Mariah’s World, Mariah Carey said that while they were married, she had to ask her then-husband and record label boss Tommy Mottola for permission to leave the house. After divorcing Elon Musk, his ex-wife Justine wrote about how he “pushed me to be blonder.” During an interview with Oprah Winfrey, Reese Witherspoon opened up about a past relationship with a partner who tried to diminish her self-worth and sense of ambition.

While these stories may be fodder for the tabloids and TV, these celebrity tell-alls showcase serious indicators of a type of legally defined abuse that many others have suffered – coercive control. Think of this pattern of behavior – maybe you have been in such a relationship where an abuser demands obedience from the victim while also stripping them of liberty, freedom and self-worth.

According to the National Coalition Against Domestic Violence, in the U.S., four in ten women and the same percentage of men have experienced at least one form of coercive control by an intimate partner.

The regulation of coercive control is gaining traction internationally, as governments in France, England, Ireland and Scotland list coercive control and emotional abuse as criminal offenses. Ireland is the latest country to criminalize coercive control through its Domestic Violence Act of 2018, which took effect January 1 and subjects someone convicted of this crime to fines and up to five years of imprisonment.

As the #MeToo movement in the U.S. continues to gather momentum and as we see other countries deem coercive control illegal, there is increasing debate as to whether this behavior should be criminalized in the U.S. Ironically, many domestic violence prevention advocates oppose the idea.

What is coercive control?

The earliest iteration of the phrase “coercive control” was “coercive persuasion,” a psychological construct which explained “brainwashing,” where people who experienced confinement, physical abuse and manipulation displayed personality and behavioral changes. “Brainwashing” was first used in the 1940s by the Chinese government under Mao Zedong as a way to re-educate nationals. The term was later applied during the Cold War to broadly describe why certain countries conformed to Communist rule and more narrowly to describe specific tactics the Chinese and North Koreans used to elicit confessions from American prisoners of war. Later, “coercive control” was used to characterize the process pimps adopt to groom young people for sex trafficking. But Evan Stark, emeritus professor at Rutgers University and author of Coercive Control: How Men Entrap Women in Personal Life (Interpersonal Violence), was the first person to apply the word to intimate relationships.

According to Stark, in order for behavior to be characterized as “coercive control,” it must occur over an extended period of time. Stark says coercive control includes physical violence, sexual coercion, humiliation, intimidation, degradation, isolation, deprivation, exploitation and regulation.

“Coercive control is not just a form of making victims dependent, but making them subordinate. … It’s a form of domination,” Stark said. “What makes a battered woman is her inability to refuse or resist or escape when an abuser makes demands.”

Physical violence has long been widely considered the “more important” type of partner abuse and is certainly an easier form of abuse to measure. However, Daniel O’Leary, professor of clinical psychology at Stony Brook University, argues that psychological abuse, like coercive control, can take a more severe toll on victims, often causing them to experience PTSD or other mental health disorders.

The criminalization of coercive control

Although psychological abuse and coercive control are not illegal in the U.S., many domestic violence organizations train law enforcement responders to recognize signs of the behaviors. According to Vickie Smith, Executive director of Illinois Coalition Against Domestic Violence, her organization trains law enforcement officers to perform a risk assessment in domestic violence cases, where they ask a series of questions about what occurs in the relationship on a regular basis. If law enforcement enters a house with broken items, Smith says it’s important for officers to figure out who owns those items, since abusers will often break sentimental objects belonging to the victim.

Despite these educational efforts, assessing domestic violence and whether coercive control figures in is often very challenging for law enforcement. Kristine Lizdas, legal policy director of the Battered Women’s Justice Project, said that in violent and nonviolent situations, it’s difficult for officers to determine which person is the abuser, especially because often times, when the police are called, it is because the victim is particularly emotional. Someone who has been subject to coercive control might in any given situation appear to be the instigator of a conflict.

Because of these challenges and many others, many domestic violence organizations in the U.S. do not support the idea of criminalizing coercive control.

“We’re moving toward a critical mass within the domestic violence world in recognizing that we’ve gone about as far as we should go with the criminal legal system as a way of addressing domestic violence, battering and coercive control,” Lizdas said, adding that people have “lost their appetite” for expanding criminal justice jurisdiction in domestic violence cases.

“Criminalizing coercive control would sweep up a lot of people into the criminal legal system who maybe shouldn’t be swept up, including victims of battering themselves.”

Ember Urbach, director of the Centralized Training Institute at the Chicago Battered Women’s Network, argues that another problem with criminalizing coercive control is that it may not necessarily solve domestic violence. In fact, more laws may actually make it harder for victims of certain demographics to seek help. Undocumented immigrants, for example, may be hesitant to call the police.

“The legal system is not something people always view as helpful to them, and that can be related to an individual’s class and race and ethnicity and immigration status,” Urbach said.

Although many domestic violence organizations share hesitation about increasing the role of the criminal justice system in cases of coercive control, Stark argues that the law itself doesn’t make much of a difference. What does make the difference is the cultural context in each country or community. Stark argues that for these laws to be introduced, supported and effective, countries must support strong political leadership with a federal prosecutor (and strong state prosecutors in the case of the U.S.) who is deeply committed to prosecuting cases of domestic violence, an active women’s movement, public willingness to hold people accountable and centralized police leadership.

Although the coercive control laws are not the same in Scotland and Ireland and many see Scotland’s legislation (which could sentence offenders to 14 years in prison) as the stronger of the two, Stark argues that the law is effective in both countries because they both possess the necessary “coercive control contexts.”

Stark cited Sheriff Kathrine Mackie of Edinburgh who famously sentenced a Scottish politician to prison for assaulting three of his ex-wives and a stepdaughter, as examples of the strong political leadership. Stark also pointed to Ireland’s recent vote to legalize abortion as evidence of the country’s strong women’s movement.

In analyzing the “coercive control context” in the U.S., Stark said that President Donald Trump has led a strong men’s movement, rather than a women’s movement, though it is important to acknowledge that men can also be subjected to coercive control. He added that while #MeToo is a powerful workplace movement, it is necessary for there to be a “personal” movement.

If you or someone you know suffers from domestic violence, the National Domestic Hotline number is: 1-800-799-7233.