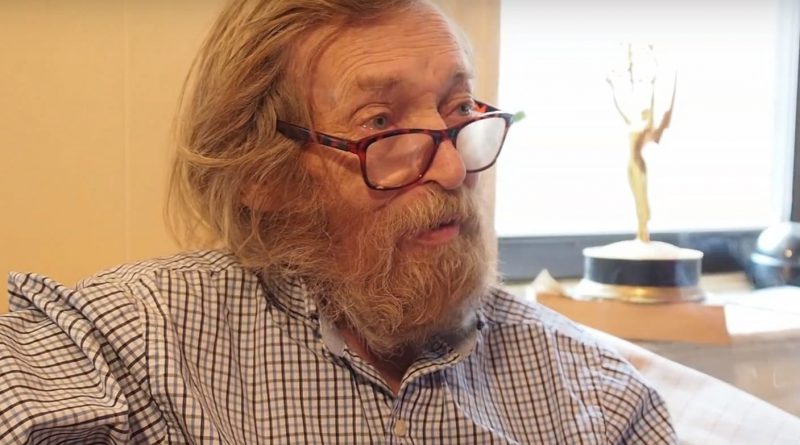 Smoke from L&M cigarettes filled the air of Chris Chandler’s Bucktown apartment as he told stories of 1960s and ‘70s Chicago—a setting rife with corruption and injustice.

He would know, having worked as a reporter during that time. Chandler covered the unrest following Dr. Martin Luther King Jr.’s assassination, a segregated school system, the FBI’s assassination of Black Panther leader Fred Hampton, corruption in local police departments and other hot topics of the time.

“There’s nothing like being a good reporter in a good battle,” Chandler reflected in a gravelly voice with a hint of an old-time newscaster’s accent.

Christopher Norris Chandler got his start in Chicago journalism in 1963 at the now-defunct City News Bureau, which he called a “boot camp for young reporters.” “They treat you like shit,” he remembered. “And the pay is terrible.”

As the new kid on the scene, Chandler started by covering the night watch—mostly crime. But one day during his morning commute, the ever-curious Chandler noticed a civil rights demonstration against segregation in the Chicago Public Schools (CPS) system happening at city hall.

Chandler interviewed the protesters and wrote a story about the demonstration that same day, although it wasn’t his assigned beat. His editor, after finding out the story was “blue”—slang for African American—told him that “no one cares what these people think,” Chandler said. But Chandler submitted the story anyway. The Chicago Sun-Times picked it up, and from then on, he covered stories related to education and the civil rights movement.

Within a year of his start at the City News Bureau, the Sun-Times offered Chandler a position as urban affairs reporter. “It was a real honor to be hired that fast,” he remembered proudly.

At the Sun-Times, Chandler reported on disparities in the Chicago Public Schools, earning regular front-page bylines. He helped expose “Willis Wagons,” a school segregationist policy that thrived under CPS superintendent Benjamin Willis. While overcrowding in a black school forced additional classes into trailers, or “wagons” in the school playgrounds, Chandler found in his investigation that an adjacent white school had an entire floor that wasn’t being used. Willis resigned shortly after the story broke, and the Chicago Urban League gave Chandler an award.

Chandler took a lot of heat for covering racial tensions in those times. Once, while covering the fire-bombing of a black family who had moved into Bridgeport, police officers ripped up his notes because they didn’t want the story in the press, Chandler said.

“Chris believed in standing up for what he knows is right, and he never wavered from that,” reflected Brian Boyer, 79, who worked with Chandler at the Sun-Times for four years. “We were part of what I always thought of as a revolution at the Sun-Times in the 1970s.”

Chandler was most proud of his investigative and watchdog reports exposing corrupt practices—from which no one, no matter their power or prestige, escaped accountability.

“I wrote a scathing exposé of the publisher of the Chicago Sun-Times and the Daily News. I tore him up something terrible,” Chandler remembers of an article he wrote for the Chicago Journalism Review, a watchdog publication formed by working journalists in the wake of the chaotic 1968 Democratic convention, while he was working at the Sun-Times.

Soon after, Chandler and Boyer founded a similar publication, the Chicago Free Press, which attracted legendary Chicago writers Nelson Algren and Phil Caputo, among others. “That was a hot little magazine, but it was a weekly and it only lasted nine weeks,” Chandler said. (The millionaire investor pulled funding after they published a story attacking one of his companies, Chandler said.)

For a spell, Chandler concurrently worked at the Sun-Times, the Free Press and as head of the Chicago Newspaper Guild labor union. Near the end of the 1970s he transitioned to TV news as a producer for the WBBM Channel 2 news. There, Chandler worked with anchorman Bill Kurtis to produce long-form segments called “Focus Reports” on social justice issues. “We worked our asses off,” he remembered.

Chandler later produced his own segment called “Insight,” for which he shot a segment about corruption in the Gary, Ind. police department. “We went on the air with some pretty startling stuff,” Chandler said, but the series never aired because the police department pursued legal action, Chandler said.

After decades of working in traditional journalism, Chandler pivoted to a different type of work. He served as Harold Washington’s press secretary during Washington’s historic mayoral campaign in 1983. Then, in the late 1980s, Chandler began working in public relations at Northwestern University, where he wrote about science and engineering for eight years.

“I really took to it because the challenge is to translate into English what these guys are doing,” Chandler recalled. “I was really fascinated with some of their findings. It was like an education for me.”

At Northwestern, Chandler wrote about some of the leading research of the time: discoveries regarding DNA, Farhad Yusef-Zadeh’s research into Sagittarius A, the black hole at the center of the Milky Way galaxy and more.

“Chris was tremendously good at being able to communicate the technical research that we do and making it easier for the public to understand,” said Farhad Yusef-Zadeh, professor of physics and astronomy at Northwestern. “I think he had, more than anything else, an enthusiasm in getting the story right…Chris really stood out.”

Science writing led Chandler to the Government Accountability Project, a whistleblower organization based in Washington, D.C. Beginning in 1997 he used the video experience he had gained at WBBM to produce a documentary exposing nuclear radiation caused by the Hanford Site, a decommissioned nuclear testing site on the Columbia River in Washington state. The video got press, both domestically and internationally.

A Russian anti-nuclear group saw Chandler’s video, and invited him to produce a similar one in Siberia. “It turned out to be a mixed story of success and failure, which is often the case with me,” Chandler recalled with a laugh.

In 2000 Chandler traveled to Siberia with a team of Russian and American scientists, graduate students and a translator. They visited Novosibirsk and Tomsk, two sites of nuclear reactions, where they tested water samples from local rivers. The scientists did find contamination downstream, although not enough to warrant an international crisis, Chandler said. Regardless, the story was picked up by major news outlets.

Along the way the team was taking samples around a manufacturing plant, when they were detained and questioned by KGB agents, Chandler said. During his questioning, the agents asked Chandler whether he would tell the press about being detained. He told them it wouldn’t be in the press, not even in freelance, and he kept his word—until now.

Over the course of his career, Chris Chandler won an Emmy, awards from the Chicago Urban League and Washington University and a commendation from the U.S. Army for his work as a photo interpreter on the Russian border during the Cuban Missile Crisis.

Ever the rebel, Chandler had a life-long aversion to recognition which he claims developed in response to his father’s success. His father had been a minister and a three-stripe commander in the U.S. Navy who chartered chaplains throughout the world through CARE.

The attention his father received “would grate on me,” Chandler said, so he avoided the attention that came with receiving awards. He never picked up the Army commendation, but the Emmy sat in the window of his apartment.

After he retired, Chandler drove a taxi through the city he’d dedicated his life to changing. He continued his activism work well into his 80s as the leader of Chicago Cab Drivers United, a group fighting for better working conditions and protections for taxi drivers. Chandler was moved by the racial equality movements of today, such as Black Lives Matter, which he described as “beautiful.”

Despite ailing health in his last 10 years, including cancer and a brief stint in hospice care, Chandler remained active in social justice reporting. True to his rebellious nature, he left hospice care in spring 2018. “I decided I wanted to live,” he said.

Christopher Norris Chandler passed away on March 26, 2019. A memorial service will be held Sunday, May 5 at the Irish American Heritage Center, 4626 N. Knox Ave., from 1-4 pm.