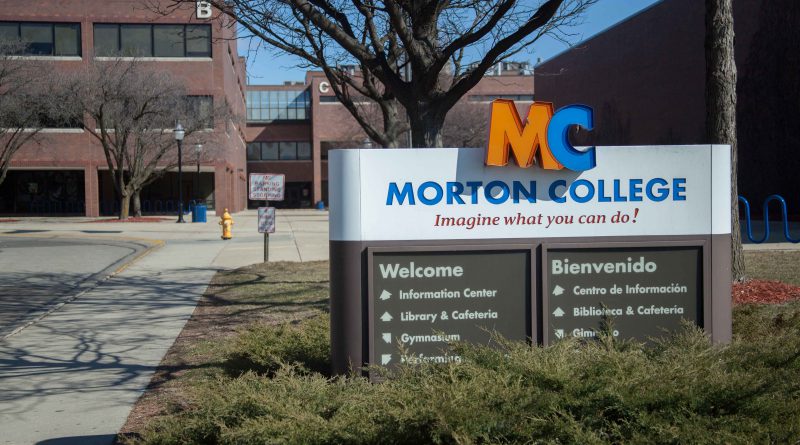 Morton College is the second-oldest community college in Illinois and an important resource for the 6,300 students it serves, 84 percent of them Latinx, largely from the Chicago suburbs of Cicero, Berwyn, Stickney and Lyons.

The college’s accreditation is in jeopardy because of issues with the administration of the college’s board of trustees, whose new membership will be decided in elections April 2.

The Higher Learning Commission put the college on notice that its accreditation status was in doubt in November 2018.The move was not due to academics, but with how the board of trustees and administration operate.

One of the HLC criteria that Morton College did not meet was that “the institution operates with integrity in its financial, academic, personnel, and auxiliary functions; it establishes and follows policies and processes for fair and ethical behavior on the part of its governing board, administration, faculty, and staff.”

The third HLC standard Morton College did not fully meet is that the “the institution’s governance and administrative structures promote effective leadership and support collaborative processes that enable the institution to fulfill its mission.”

One of the board’s policies that has not always been followed consistently in the past regards scheduling regular and consistent board meetings.

According to Morton College Board Policy, after each board election there should be an organization meeting where the “Board shall elect its officers and fix a time and a place for the regular meetings to be held during the ensuing year.”

But, until recently, board meetings have been far from regular, with frequent changes to the date and time of the meetings every month.

The administration began adhering more closely to the board policy of having consistent monthly meetings in August 2018, following a July hearing from the Institutional Actions Council, which is composed of 90 members representing the HLC and the public. In a letter to the HLC, the Morton College Board wrote, “The alternating times from month-to-month of the Board meeting schedule over the past year have caused confusion and inefficiency in the development of board meeting agendas,” and that they would return to the original meeting schedule.

Since August 2018 the board has regularly been meeting on every fourth Wednesday. In 2018, only three meeting dates were changed, and one of them was to adjust to the new Wednesday schedule. But, with meetings happening at 11 a.m., many people find it difficult to attend a meeting in the middle of the work day.

According to minutes from the October 11, 2018 Board meeting, Trustee Melissa Cundari is unable to attend any meetings on Wednesdays due to her work schedule. She works for the U.S. Department of Agriculture. In 2018 she was only able to attend four out of the 14 board meetings that year. Two of the meetings she attended were by phone.

At the December 18, 2018 meeting Trustee Frances Reitz requested the board change the meeting time to the evenings because it is difficult for her to get off work during the day. Reitz works as the town collector for Cicero.

Trustees Reitz and Cundari did not respond to requests for comment.

“It would really hurt the community to lose the college,” said Luz Chaheine, a community member who is running for the board of trustees and also attended the college.

“It’s much more affordable for our families to go to a college in our community. It wouldn’t just affect us here in Cicero, where a lot of families are low-income families, it would also affect families in Berwyn, which are also low-income. Stickney, same thing.”

On April 2, in addition to Chaheine, current board members Reitz and Frank Aguilar are also up for reelection.

The HLC will make an on-site evaluation in the spring of 2020, after which, in November 2020, it will determine if the notice can be removed.