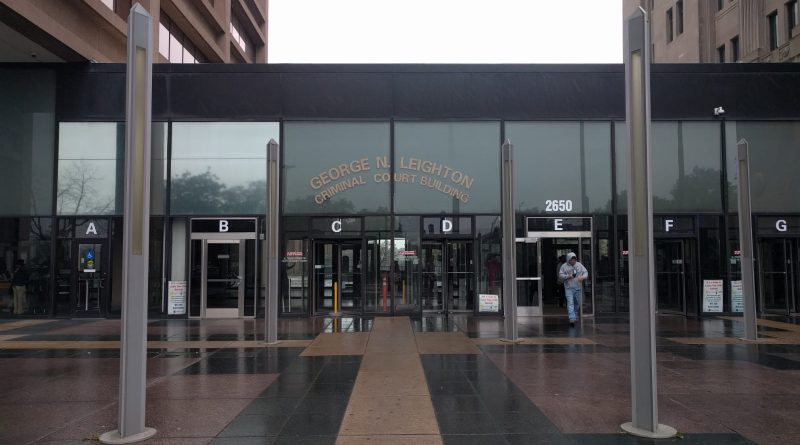 The  murder trial of Jason Van Dyke, the white Chicago police officer who killed Laquan McDonald, a Black teenager, on October 20, 2014, is the most recent high-profile entry in Chicago’s — and America’s — history of white people perpetuating violence against Black people, a history that this case cannot escape.

After opening statements on Monday, Sept. 17, the court heard testimony from prosecution witnesses. For four days, the jury heard from a slew of individuals, including expert witnesses such as Cook County chief medical examiner Dr. Ponni Arunkumar.

Arunkumar took the stand on day three of the prosecution’s witness testimonies and she was examined by Kane County State’s Attorney Joseph McMahon, the lead special prosecutor in this case. During her testimony, Arunkumar reviewed McDonald’s autopsy, walking jurors through each of the gunshot wounds sustained by  the teen.

The day before, Kamal Judeh, an evidence technician for the Chicago Police Department (CPD), confirmed that 16 bullets had struck McDonald’s body. In her testimony, Arunkumar explained how each bullet progressively worsened Laquan’s condition.

Arunkumar’s thorough and, at times, graphic description addressed each individual bullet, and it was accompanied by shocking autopsy images showing McDonald’s wounds. The prosecution’s argument is that Van Dyke’s actions were indefensible, and Arunkumar’s testimony supports that argument.

On Thursday, prosecutors called ballistics expert Urey Patrick to testify. Patrick, who previously served in the United States Navy and as an FBI agent, trained police officers for 13 years in the use of force and deadly force. Based on his review of the dashcam footage, Patrick concluded, “The decision to use deadly force, I do not believe, was justified.”

Patrick was not the only one to express this sentiment. A day before, Rev. Jesse Jackson, Sr. spoke at a press conference during a lunch recess for the trial.

“This is a legal lynching,” Jackson stated, referencing the case of Emmett Till, whose murder is often used as a historic example of lynching. In 1955, Till, a 14-year-old Black boy from Chicago, was kidnapped, beaten, then brutally killed in Mississippi by Roy Bryant and J.W. Milam, two white men. This was after Till was accused of trying to rape Carolyn Bryant, a white woman. Bryant eventually recanted her statement, years after her husband and brother-in-law were acquitted by an all-white jury.

While Jason Van Dyke’s trial doesn’t have an all-white jury, it is predominantly white, much like the reporters covering the trial and the prosecution team; the only non-white prosecutor seen at the trial has been Marilyn Hite Ross. Additionally, Van Dyke’s defense team is all white and Judge Vincent Gaughan is white. Last week Robert Hall, an African American pastor, posed a challenge to Black journalists, noting that their coverage of this trial is imperative.

This is a landmark case in Chicago,  where a police officer has not been charged with murder in over 30 years and the effects of the Jon Burge police torture scandal linger. Burge was fired in 1993 amid allegations that he tortured over 100 mostly Black men into confessing to crimes they had not committed. In 2015, after years of work by local activists, the city created a $5.5 million reparations fund for people who could prove they were Burge survivors.

On Wednesday, Sept. 19, the Fraternal Order of Police announced that Burge had died at 70, prompting ABC7 reporter Leah Hope to ask Jackson his thoughts on the passing.

Jackson said, “As a person may his soul rest in peace, but as a policeman, he did a lot of harm to a lot of people.”

As Jackson sees it, Chicago is the “number one killer of Black men in America” in terms of people killed by police. One would be remiss not to consider the parallels between Burge and Van Dyke and Till  and McDonald. Like Burge, Van Dyke is a CPD officer accused of perpetuating unjust violence against Black people. Then, like Emmett Till before him, Laquan McDonald’s death became a catalyst for Black activism.

“Laquan is a symbol,” Jackson said.

As Chicago and the United States come to terms with their history of violence, the Jason Van Dyke trial serves as a reminder that there is much still progress to be made.