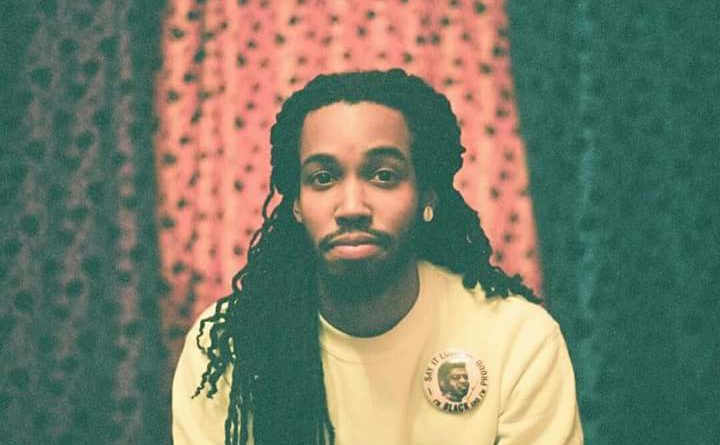 One part of RMC’s mission is to allow “detached males to become involved, responsible, and committed fathers for the good of all communities, families and youth,” their website said. Another part of their mission is decreasing Chicago’s gun violence, Cartman said.

Since gun violence leads to youth incarceration, Cartman spearheaded a three-month pilot program at Juvenile Temporary Detention Center, which is located at 1100 S Hamilton Ave. During this program, Cartman partnered with his brother Dr. Obari Cartman, who also works at RMC; they reserved their Sundays for reaching out to juveniles and serving as mentors.

“Nobody’s told me this before,”  Cartman recalled repeatedly hearing from the juveniles; moments like this signified the importance of the brothers’ work. As executive director of RMC, Cartman said he wants to get into schools and address mental development, comprehension, and relationships between men and women.

Cartman elaborated on this last point and briefly spoke about the #MeToo movement, an initiative started by Tarana Burke in 2006 as a support system for survivors of sexual assault, especially women of color from low-income backgrounds.

“Nothing will change until women feel from men that we are safe and nurturing,” Cartman noted.

Cartman’s activism began before he joined RMC. “I’m a motivational poet,” he said. While laughing, he explained that this just means he is a motivational speaker in poet form. According to Cartman, he drew early inspiration from rappers like Kanye West.

Like West in his formative years, Cartman’s works also explore issues in the Black community, such as health. In June, Cartman performed “Magic” as a part of his set at “Chicago Night LIVE!”, a bimonthly art showcased hosted by Chicago artist Brandon Alexander Williams.

Cartman performed the audience-recommended piece and gripped attendees as he dabbled in wordplay, symbolism, and social consciousness. The poem is named for NBA star Magic Johnson.

The poem primarily discussed the seeming disappearance of Johnson’s condition. In 1991 Johnson retired from the Los Angeles Lakers, and announced that he had been diagnosed with HIV. But news coverage of his health has dwindled since then – as if Johnson’s health battles had disappeared; Cartman concluded that it was like “magic.”

Thus, the poem’s title has dual meaning. Although Johnson has publicly stated that he still has HIV, Cartman’s piece spoke to a larger conversation about health in the Black community.

Cartman speaks on these types of issues because he “has a selfless motivation to restore and help” the Black community, said Frankiem Mitchell, Cartman’s friend and co-worker.

Cartman was influenced by his father, Thabiti Cartman, said his sister Nailah Cartman. While speaking about her big brother, Nailah said that Thabiti Cartman would read the dictionary for leisure and encourage his kids to discuss films. These “key little things” were important in his children’s development, Nailah said.

“He is very much like our dad,” Nailah observed of Cartman.

Thabiti Cartman was also involved with RMC. Black News reported on Cartman’s new position as executive director and revealed that his parents, Carla and Thabiti Cartman, were “long standing members of Real Men Charities and supported the organization’s events and endeavors.”

So, Cartman’s role at RMC is part of a family legacy, but this is not the only similarity between the father and son. Like his son, Thabiti Cartman was also a businessman. A chiropractor, he founded South Shore Health Center on 71st and Yates Boulevard in 1983.

Nailah Cartman said her father ran the business until his death in 2005, when the family took over until 2012. When Thabiti Cartman died, Nailah was 11 and Ayinde was 16. Losing his father at this early age heavily impacted Ayinde, they both said.

Cartman revealed, “I was forced to really consider what I wanted to do, where I wanted to be as a man without the kind of guidance that I was looking forward to having from my pops.”

Cartman added that his father’s death also hit his mother, Carla Cartman, hard. Upon Carla Cartman’s diagnosis with early-onset dementia, Ayinde moved back into the house to care for her.

“I love my mama,” he mentioned.

As Cartman got more personal, he also opened up about losing his best friend, Ajibawo Bennett, to suicide last September. His proudest moment, Cartman said, was reciting a poem at Bennett’s funeral. “I didn’t believe that I could do that,” Cartman stated; he was proud of his strength at a moment of immense pain.

Mitchell said, “I know it devastated him, but it didn’t devastate his work.”

Cartman is still healing from Bennett’s suicide, but it seemed to motivate Cartman to work harder, Mitchell noted. Mitchell and Cartman work alongside each other at RMC, where Mitchell serves as an associate director and culinary artist.

In 10 years, Mitchell foresees Cartman doing great things. Mitchell predicted that Cartman will be “leading the charge to actually rebuild communities” in 2028, illustrating the impact that Ayinde Cartman has had on those who know him.