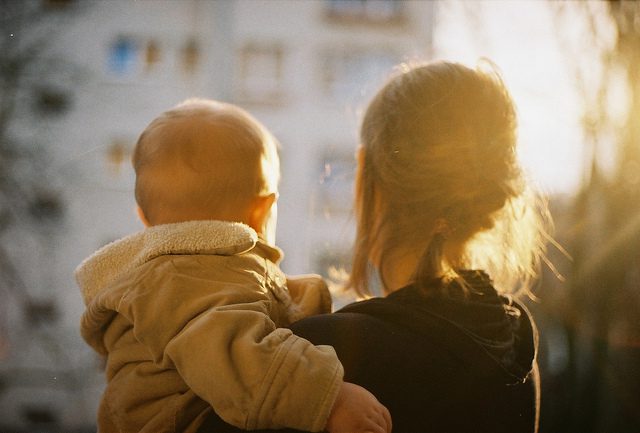 On the afternoon of March 13, 2013, Cynthia Wachenheim strapped her 10-month-old son to her chest and plunged from the eighth floor of her New York City apartment building to her death.

Miraculously, the baby survived. Five days earlier, Ann Smith had spoken with a friend of Wachenheim’s about the new mother’s condition. The friend communicated to Smith that she was terribly worried, and Smith, an experienced nurse-midwife, recommended that Wachenheim, 44, seek help from a reproductive psychiatrist as soon as possible. The appointment was made, but Wachenheim never made it to the office. She cancelled her session in the days before her death.

Within months of her baby’s birth, Wachenheim came to believe that her son had irreversible brain damage. Even after visiting a slew of pediatricians—all of who assured her that he was nothing short of healthy—Wachenheim couldn’t seem to shake the feeling that there was something wrong with her son, and that maybe she’d caused it.

According to Ann Smith, now the president of Postpartum Support International, experts now view the tragedy as a classic case of untreated postpartum psychosis.

Illinois’s new law, Public Act 100-0574, which took effect June 1, allows postpartum illnesses like depression and psychosis to be mitigating factors in sentencing. That means mothers who are serving sentences for child neglect or infanticide may apply for a new sentencing hearing if they are serving more than the minimum sentence. Mothers who can prove they suffered from postpartum mental illness when they committed these crimes can reduce their sentencing.

This is the first criminal law in the United States to recognize how perinatal mental illness can affect the behavior of new mothers, activists say.

Though experts see both postpartum depression and psychosis as forms of maternal mental illness, the terms are not synonymous. Susan Feingold, a licensed clinical psychologist and author of “Happy Endings, New Beginnings: Navigating Postpartum Disorders,” explains that symptoms of perinatal mood disorders—an umbrella term to describe maternal mental illnesses that may occur during pregnancy and up to a year postpartum—cluster in four specific areas: anxiety, panic, depression, OCD and psychosis.

By contrast, women will generally start showing signs of postpartum psychosis—the most unusual and severe of the perinatal mood disorders more closely related to bipolar disorder—within days or weeks of delivery. Mothers with psychosis won’t recognize abnormalities in their thoughts or feelings, creating the gravest dangers for children.

Experts say that when a woman commits—or attempts to commit—a crime like infanticide, it’s generally a result of psychosis. A woman with postpartum psychosis “has had a break with reality,” Diana Barnes, a California-based forensic expert who often consults on infanticide cases, says.

Why The Law Matters

The new law makes Illinois the first state to reference perinatal mental illness in any way, which is one of the reasons both legal and medical professionals consider it to be so groundbreaking.

In the United Kingdom and throughout Europe, laws say that women who are found to be psychotic after giving birth, and who in turn commit acts of infanticide, are mentally ill and eligible for rehabilitation. “Our law is not as comprehensive as the UK law, but it’s a start, and we’re very excited about that,” Feingold says.

If Wachenheim survived and her infant did not, “she would have no defense,” says Barry Lewis, a Chicago criminal defense attorney and an advocate of the new law. In Illinois, she would have received a minimum sentence of 20 years in jail for a temporary and largely treatable illness.

While Feingold and Barnes agree that a woman with postpartum depression is highly unlikely to take the life of her child, the law cites both as potential mitigating factors since diagnoses of perinatal mood disorders are not always cut and dried.

According to Feingold, there are approximately 20 women in Logan Correctional Center in Lincoln, Illinois, who are serving 20-year to life sentences for crimes committed when they had severe postpartum depression or postpartum psychosis.

“What happens to those women is that they’re treated like any other criminal even though it’s sort of a brief psychotic episode,” says Feingold. “So, these 20 women who are serving sometimes 24 years in prison, they have been there for years, but they have not been mentally ill maybe for 23 of those years.”

As it stands, the law only allows these women to petition for a reduced sentence if they are not already serving a minimum sentence and if no evidence of postpartum mental illness was presented by qualified medical experts at their original trial.

Still, Lewis considers this law to be a small but impactful win. While the scope of the law allows a limited number of women to benefit, the fact that the legislation allows for cases to be reheard and for lesser sentences to be imposed is monumental.

Suma Karandikar, Education and Training Chair for Postpartum Support International, says the new law provides hope for treatment rather than pure punishment for maternal mental illness. “This is a real illness, just like diabetes or any other illness that needs treatment,” Karandikar says.

Feingold and Lewis, both of who helped to usher the bill through the Illinois House and Senate by presenting expert testimony, are now focused on garnering support from lawmakers and from professional organizations, like the American Psychological Association, nationwide. They’re optimistic that other states will follow Illinois’s example.

“Postpartum illnesses are real and different from most other mental illnesses,” says Lewis. “Because they are different, now is the time to change the law.”