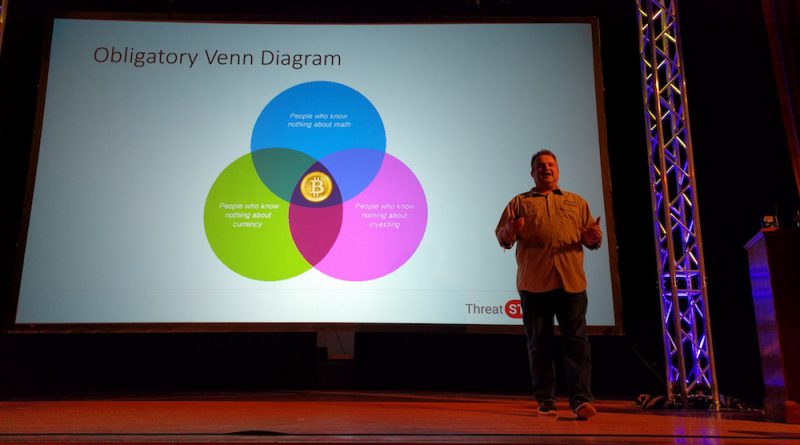 The Unite the Right rally that resulted in a fatality in August 2017 showed the resurgence of far-right groups in the U.S., and their potential for violence.

Horrified, John Bambenek, an adjunct lecturer at the University of Illinois and founder of information security firm Bambenek Consulting, decided to use his skills and experience to do something. Bambenek discovered after some preliminary queries that his knowledge of cryptocurrencies could shed light on far-right political activity.

That’s because many far-right operatives use cryptocurrencies like Bitcoin, which offers an avenue for tracking their activity. Many explicitly racist groups began using Bitcoin after online financial platforms refused to process their payments, especially in the aftermath of the Charlottesville rally. Ironically, their migration to Bitcoin happened right as the cryptocurrency was spiking in value, creating a windfall for the far-right.

“It was a combination of noticing that they had real cryptocurrency wealth, and a medium where I could do surveillance and tracking and disruption,” Bambenek said.

Bambenek created a Twitter bot, tweeting from the handle @NeonaziWallets, that tracks Bitcoin transactions for white nationalist groups. For anyone familiar with Twitter bots, which usually do little more than tweet automated content, this might not seem like much. But the bot was able to reveal detailed correlations and trends in the groups’ Bitcoin use.

In a talk this spring at Chicago’s THOTCON hacker conference, Bambenek revealed that Bitcoin’s unique resilience to regulation, and the coincidental timing in its adoption by far-right groups, resulted in big profits for prominent far-right Bitcoin players.

In a nutshell, cryptocurrencies like Bitcoin use cryptographic signatures to allow the cryptocurrency’s users, in aggregate, to update a global ledger of transactions in a way that can’t be forged. This process is known as mining, and users are incentivized to contribute their computing power to the accounting by competing for randomly awarded coins.

As traditional payment processors, from banks to online payment platforms like PayPal, have gradually refused to do business with Neo-Nazis, individuals and groups aligned with them flocked to Bitcoin, whose decentralized architecture provided a safe haven from government regulation or corporate business decisions.

The inherent difficulty in tracking Bitcoin is the major piece of its allure to far-right groups, but with data science Bambenek was able to penetrate the secrecy and anonymity.

“Ultimately, data is a tool to understanding the phenomena we see, and that’s science generally: something’s going on, you need data to understand it,” Bambenek said. “Anytime you have a large number of events with complicated reasons behind [them], using data to see what are the factors that influence it the most [helps].”

“Because people don’t understand [systemic racism], sometimes using data can be really helpful in getting people to look at the numbers, because the data tells a lot,” Dawson said. “Data can prove that systemic racism really is a problem, so I think it’s got a huge role to play in anti-racism organizing.”

Like the internet from which the data points are gathered, data analysis is also a tool that provides greater symmetry to a dynamic where institutions often have an advantage. However, neither the internet nor data science can close the gap completely, as special interests with concentrated wealth still enjoy an outsize impact.

“I think, like everything else, wealth and power can be used to manipulate information,” said Dawson. “Those who have access to data can use it in ways that those who don’t have access can’t, and it’s really powerful. One of the things we can learn in this era of fake news is that data can always be used and manipulated for either side.”

Even so, Dawson still has faith that data analysis, used judiciously, can advance the struggle for racial justice.

“You’ve got to be able to use the tools and the technology, and data analysis is one of those, while also understanding the limitations of technology and science,” he said. “But if activists are not learning how to use those tools, then we will never be able to fight.”