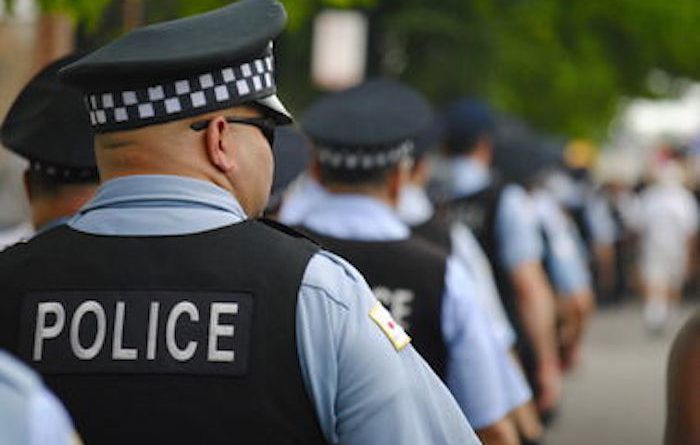 Chicago Police Officer Jason Van Dyke’s defense team is still seeking to move Van Dyke’s trial outside of Cook County. At a January 18 hearing, defense attorney Daniel Herbert said he intended to hire a polling firm to gather data to support their request for the move. The survey would take place in mid-March.

The defense has been eager to move Van Dyke’s case out of Cook County since July 2017, when the idea was first introduced during a routine status hearing at the Leighton Criminal Courthouse. Herbert stated that he didn’t believe Van Dyke would receive a fair trial or an impartial jury in Chicago. According to Herbert, Van Dyke has been receiving death threats since his indictment.

On January 18, Judge Vincent Gaughan presided over a sparsely populated courtroom. A few attendees whispered about missing work to catch a glimpse of the hot-button case. A handful of protesters representing the Chicago Alliance Against Racist and Political Repression sat clustered together.

“Every time he goes to court, we’re right there,” said Toney Rogers, an activist with the Alliance and a co-founder of the Civilian Police Accountability Council, an initiative aiming to hold Chicago police accountable to citizens. “We let the judge know that we want justice.”

As Gaughan sifted through a file of paperwork, a woman leaned towards her benchmate.

“If I shot someone 16 times, they’d put me in jail and throw away the key, no questions,” she whispered.

Earlier that week, the defense had compiled a list of 25 witnesses selected to attest to what Herbert called McDonald’s “propensity for violence.” Many of them were staff at the Cook County Juvenile Detention Center who worked with McDonald after his juvenile arrests. They  recounted events that ranged from name-calling and shouting to an appearance in court while intoxicated. Gaughan found only nine of the 25 witnesses had testimony that demonstrated a propensity for violence on McDonald’s part. Those nine will be allowed to testify in Van Dyke’s trial.

“All she indicates is, ‘McDonald was going nuts in court and spitting.’ What does ‘going nuts’ mean?” Gleason asked.

“You don’t think spitting on another human being is an act of aggression?” Gaughan replied.

Van Dyke shot McDonald on Oct. 20, 2014 near Archer Park, roughly five miles south of McDonald’s West Garfield Park neighborhood. McDonald, a student at Sullivan House High School, had been carrying a knife and walking down the road. Moments after arriving at the scene, Van Dyke shot McDonald 16 times from approximately 10 feet away.

In early 2015, journalist Brandon Smith submitted a Freedom of Information Act request for dashcam footage of the shooting. After Chicago police denied his request, Smith filed suit against the department, which was ordered to release the footage on Nov. 24, 2015. Van Dyke was charged with first-degree murder on the same day.

Van Dyke has a history of citizen complaints. According to the Independent Police Review Authority, he has received 17 citizen complaints since 2006. The complaints detailed allegations such as excessive use of force and racially derogatory language. A Chicago man was awarded $350,000 in damages from the city after he alleged that he sustained severe injuries in both his shoulders after Van Dyke handcuffed him during a 2007 traffic stop.

“A lot of people get shot and killed by policemen, and not one of them cops has been sent to jail,” Rogers said. “We have to let them know they’re not above the law.