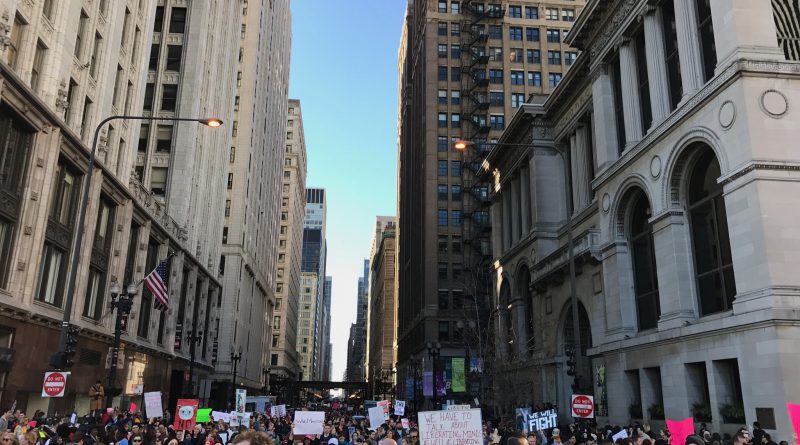 The 2016 presidential election sparked a national uprising of pink pussy hats and civically engaged women. But despite the insurgency of political motivation, the barriers that prevent women from holding office are not budging — especially in Illinois.

The Illinois gubernatorial race is poised to become the most expensive statewide race in U.S. history. In a state known for its machine politics, the record-breaking contest will have a concrete effect on the prospects of women in local politics, according to campaign experts and local politicians.

Campaign fundraising is one of the biggest barriers women face while running for political office. Other barriers include a sheer lack of time. Women in politics are often tasked with working three de facto shifts per day: taking care of family, working a “nine to five” job and being a politician. Comparatively, men in office typically punch in for just one or two shifts.

The demands of working three shifts have historically prevented many women from holding political office. But then Donald Trump happened. On day one of Trump’s presidency, 4.2 million people rallied together in more than 600 women’s marches across the country – the largest single-day protest in U.S. history. In the ensuing 10 months, more than 20,000 women contacted Emily’s List, a resource for pro-choice Democratic women candidates, about running for political office.

Candidates are becoming increasingly younger and more diverse, according to Patricia Russo, the executive director of The Women’s Campaign School at Yale, a non-partisan political training program for women. “When we first started our school 23 years ago, the median age was mid-forties and predominantly Caucasian,” Russo said. “And now, ever since the first Obama campaign, we are seeing more women of color attending… We are trending younger and the class looks like America.”

However, galvanizing women has not been the difficult part about getting more women to run for office in 2017. Overcoming the harsh realities of campaign financing and the third shift can be far more challenging.

The Women’s Campaign School at Yale advises women to ensure “that life is personally calm and peaceful” before they decide to run, Russo said.

“We deal in the reality at the campaign school. In order to be competitive, you have to be prepared,” she said. “Make sure you’re not facing any kind of crisis at home, that you’re not in the process of a divorce or a foreclosure… that you have a job… that you are in good health… that you are high energy.”

These considerations are not so necessary for men. Men don’t have to ensure their personal lives are “together” before running for office because “most men have wives,” said Mary Rita Luecke, who is running for state representative as a Democrat in the district including Skokie.

Luecke — an attorney, former president of the Evanston/Skokie District 65 School Board and long-time Skokie resident — is a first-time candidate for state office. Luecke said she’s in a good place to run because her two daughters are grown and she recently closed a part of her law practice. “It was easier to make the space in my life [compared to] someone who is younger and still raising a family,” she said.

“One of the things that makes it more challenging for women to run and get into [office] are the demands on the home front,” said state Sen. Heather Steans, D-Edgewater.

Steans, who has served as a state senator since 2008, had three young kids when she was first approached about running for office. Initially, she thought the idea was impossible: “I thought it was a total joke because there was no way I could do it with kids at home,” she said.

But Steans’ husband had just switched careers from working as an attorney, which required frequent traveling, to working as a teacher. As a result, Steans said, she had the built-in support from home to run for office. Supportive spouses make an “enormous difference” for young mothers in office, according to Steans. Otherwise, she said, many “men get resentful” of their partners’ time-intensive, demanding political careers.

Campaign financing is another demanding piece of the puzzle that often prevents qualified women from holding office.

As a candidate for state Rep., Luecke said she spends several hours a day almost every day trying to identify potential donors. She said that she aims to raise between $100,000 and $150,000.

“Right now there’s so much money being poured into the races,” said Luecke. “I don’t know how you break the cycle. It’s a horrible part of the process. You feel unclean.”

In addition to requiring lots of time, fundraising can be an incredibly uncomfortable experience for women, according to Russo. Despite the discomfort, she said that fundraising remains a key part of the campaign process. “Money is the mother’s milk of politics,” she said.

“Fundraising is still one of the number one reasons why women don’t run,” said Russo. She said that raising money has always been a challenge for women because they are “far more inclined to raise money for causes…when it comes to raising money for themselves, it’s a very uncomfortable moment.”

The price to compete in state races is steep, especially in Illinois where Rauner and the Democratic machine pump money into their chosen candidates’ campaigns, noted Annie Logue, president of The League of Women Voters of Chicago, a political organization that encourages civic participation for women.

Besides the cultural discomfort of asking for money, women also have less access to the big money networks, according to Logue.

“[Women are] more likely to be friends with the bankers’ wives, not the bankers,” she said. “That one degree of separation makes a big difference.”

Although men have historically “controlled the purse strings,” fundraising doesn’t have to be more difficult for women, according to Steans. She said the power dynamics are slowly shifting.

“The more we achieve a level of comfort around the issue of fundraising and some of the challenges around it, the more we will see more women running,” Russo said.