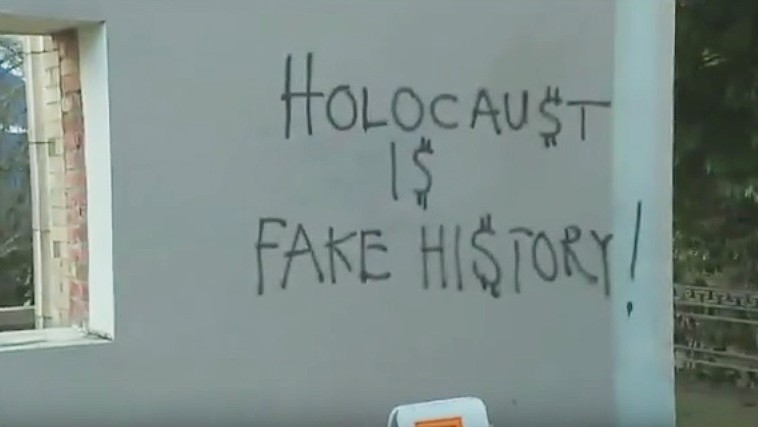 There have been 50 reported hate crimes in Chicago during the first nine months of 2017, according to data released by the Chicago Police Department in response to a Freedom of Information Act request.

This follows a 20 percent rise in hate crimes in Chicago from 2015 to 2016, from 60 to 72 reported incidents, aligning with a national increase in hate crimes across the country. Many attribute rising hate crimes to the heated rhetoric of President Donald Trump and an increasingly polarized political climate.

In this year’s data, religion and race each account for 42 percent of total reported hate crimes in Chicago.

More than a quarter of all reported hate crimes this year targeted Jewish people or institutions, the most of any category. Fourteen incidents through September this year were anti-Jewish, compared to 12 last year.

The Chicago trends mirror national numbers. The FBI reported on Nov. 13 that nearly a quarter of national hate crimes in 2016 were motivated by a religious bias, the highest number of religious hate crimes since 2008. More than half of the religiously motivated hate crimes nationally in 2016, 54 percent, targeted Jews, followed by nearly 25 percent that targeted Muslims.

“Since the 2016 election cycle, we’ve seen a large jump of hate crimes and incidents across the Midwest region, and within the Chicagoland area,” said Jessica Gall, associate regional director of the Anti-Defamation League, which works to end anti-Semitism and hate crimes more generally. She said the ADL’s own data shows that in the Midwestern region of the Dakotas, Illinois, Minnesota, Iowa and Wisconsin, hate crimes have risen significantly in 2017.

Of the 72 reported incidents of hate crimes in Chicago in 2016, the majority — 18 — were motivated by sexual orientation, primarily targeting gay men.

“Violence has been happening to LGBTQ people for as long as we’ve been coming out,” Ziri said. “It’s important to have data and stats to show that.”

Of the reported hate crimes in Chicago so far this year, the majority of them were classified as criminal damage to property, followed by 11 incidents of assault and aggravated assaults.

In Chicago, a hate crime designation can result in a felony charge for an alleged crime that otherwise would be a misdemeanor.

In their 2015 annual report, the Commission on Human Relations said the city was “making great strides in reducing incidents of hate crimes in Chicago” as a result of a collaborative approach with local community leaders, residents and the police. That report represents the latest data tracking hate crimes in Chicago released by the commission.

But the commission said in response to a Freedom of Information Act request that they no longer produce hate crime reports and referred queries to the Chicago Police Department. The police website has a section for Hate Crimes under its menu for Statistical Reports, but it links to a page that simply states there are “no posts available at this time.”

This means that citizens and watchdog groups can’t easily track hate crimes locally, since the commission no longer publishes annual reports and the police department doesn’t readily publish their data either. This is particularly concerning given the national increase in hate crimes and ongoing tension over issues like immigration and religion, civil rights advocates say.

“When you have minority groups that are being targeted by hate or violent acts, that says something about the current climate of the country and how and if we can move forward. We can’t understand progress [or lack thereof] without the data to back it up.”