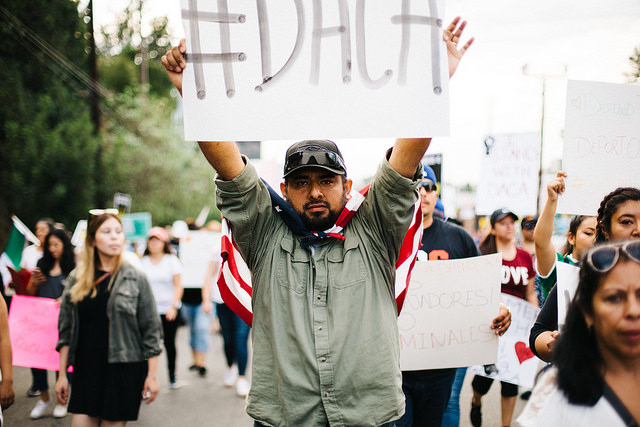 More than 1,000 eligible DACA recipients in Illinois did not meet the Oct. 5 deadline to renew their temporary legal status application, according to data from the U.S. Citizenship and Immigration Services.

By the renewal deadline, 6,670 individuals out of 8,650 eligible submitted their DACA renewals in Illinois, which means that 1,980 had not filed their application by the cutoff date set by President Donald Trump’s administration.

While the percentage of those who didn’t meet the deadline seems relatively low, the number in Illinois is significant given its large population of DACA recipients.

“To know that 1,980 DACA recipients missed the deadline in Illinois is heartbreaking,” said Elizabeth Cervantes, director of organizing at the Southwest Suburban Immigrant Project. “Most importantly, it is symbolic of the fear and uncertainty that the Trump administration has subjected undocumented youth to. When we see 1,980, we don’t just see a very high number, we see the faces of young people we know.”

Nationally, 22,000 eligible DACA recipients did not submit an application by Oct. 5, according to data from USCIS, meaning that 132,000 out of 154,000 individuals eligible to renew their temporary legal status did submit their paperwork. 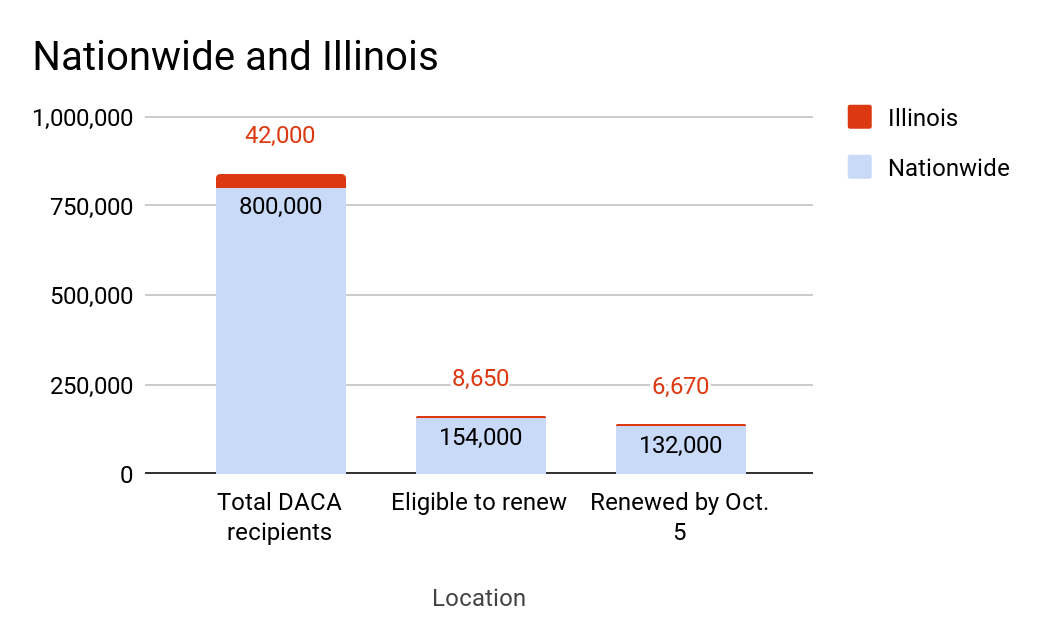 Those eligible to renew their two-year work/study permits one last time were DACA recipients whose status was set to expire before March 6, 2018. DACA recipients who originally applied for the program more recently have a longer period left and hence were not eligible for renewal.

Nationwide, approximately 5,000 renewal applications were received after the deadline, according to official numbers provided by USCIS, which is housed under the Department of Homeland Security.

While USCIS hasn’t revealed official breakout numbers for individual states, preliminary reports indicate that other major states like Texas and Florida, which like Illinois have large DACA recipient populations, also had a high number of individuals who missed the deadline.

Texas and Florida were hit by devastating hurricanes in late August which could have made it harder for individuals to submit their applications.

To qualify for DACA, individuals had to enter the U.S. before the age of 16, and meet certain conditions such as having a spotless criminal record and being enrolled in a high school or having a high school degree (or GED).

In data provided by the Migration Policy Institute, an independent research institute, as of March 2017, USCIS accepted 45,663 applications from Illinois. The counties with the most DACA-eligible individuals include Cook with approximately 41,000, Lake with 8,000, DuPage with 5,000, Kane with 5,000 and Will with 3,000. 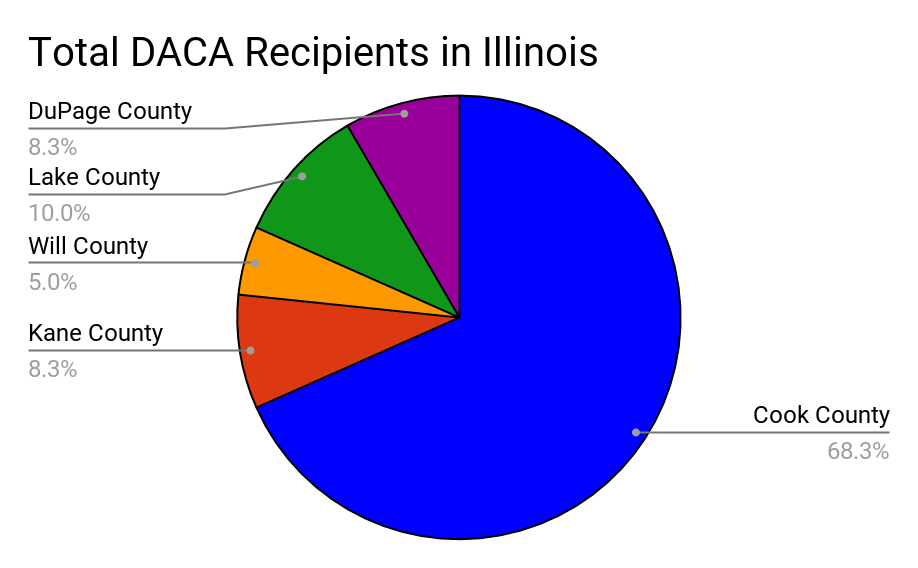 It’s unclear why almost 22,000 DACA recipients didn’t submit their application in Illinois, but immigration advocacy groups have criticized the short renewal time frame set by the Trump administration, given the lengthy process and a renewal fee of $495.

“The very short and arbitrary deadline of under one month was not enough time to educate all of our community and youth on their options to apply,” added SSIP Executive Director José Vera. “The cost of the application was an additional challenging piece of the process. It is highly likely that some youth might not have had all the resources to apply. While help was being provided by many organizations including SSIP, there just wasn’t enough time.”

The future of DACA recipients remains uncertain as politicians have yet to present a comprehensive immigration reform or a bipartisan “clean” DREAM Act that would provide a clear pathway to citizenship for young undocumented immigrants without draconian security provisions or the hard-line immigration demands proposed by Trump’s administration.

Following Sessions’ DACA announcement, Trump asked Congress to come up with a replacement. “[Congress] now has 6 months to legalize DACA (something the Obama administration was unable to do),” he tweeted. “If they can’t, I will revisit this issue!”

The gradual phase-out of DACA could potentially protect recipients from being deported until 2019 or 2020. Some may lose their work permits and deportation protections as early as March 2018.

“A clean DREAM Act is our priority, which will not only provide a solution to undocumented youth and DACA youth living in limbo, but doesn’t criminalize anyone else in our community further, in exchange for an overdue pathway to citizenship for young people,” said Cervantes.

Photo: Calling for the end the surveillance, deportations, and criminalization of undocumented peoples in Los Angeles March for Immigrant Rights by Molly Adams is licensed under CC By 2.0.