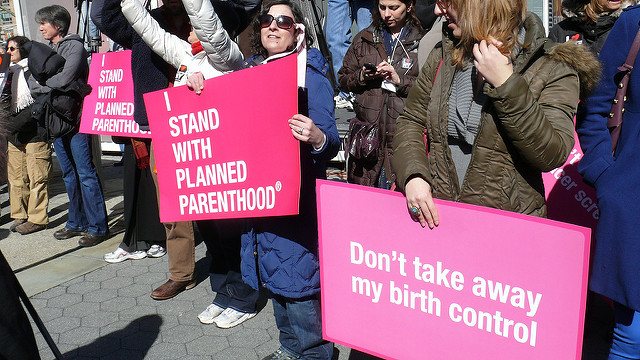 After a summer of uncertainty over the future of the Affordable Care Act, the Trump administration on Oct. 6 rolled back an Obama-era regulation that required companies to provide coverage of contraceptive services in their employee health care plans.

This move by the administration exempts any employer that objects to covering contraception based on “religious beliefs or moral convictions.” The exemption is available to private and publicly traded companies, as well as colleges and universities that provide health insurance to students and employees.

Under the Affordable Care Act, the 2012 mandate required all employers, except those allowed a religious exemption, to cover all FDA-approved methods of contraception. It is one of the essential health care benefits for women under preventive and wellness services guaranteed by the ACA.

More than 55 million women gained access to low or no-cost birth control methods due to the ACA, according to a National Women’s Law Center fact sheet.

The use of contraceptives is widespread among women: 99 percent of sexually active women report using a form of birth control at some point during their lifetime, according to a September 2016 fact sheet from the Guttmacher Institute, and 62 percent of women of reproductive age, ranging from 15 to 44, report using contraception.

The Trump administration’s new rules are effective immediately upon display in the office of the Federal Registrar, bypassing the comment period required by the Administrative Procedure Act when issuing new regulations.

The American Civil Liberties Union filed a lawsuit just hours after the rules were published.

“The Trump Administration is forcing women to pay for their boss’s religious beliefs,” said Brigitte Amiri, senior staff attorney at the ACLU, in a statement released on Friday.

The Trump administration said the rules relieve a “substantial burden” on the free exercise of religion for employers, adding to the ongoing debate about religious freedom and government-mandated coverage of birth control.

After President Obama issued the mandate in 2012, the administration was hit with legal action that claimed the mandate violated the religious freedom of employers.

A group-case involving two corporations, Hobby Lobby Stores, Inc. and Conestoga Wood Specialties, challenged the mandate before the Supreme Court. The owners of the companies argued that they run their businesses on Christian values, and providing coverage of contraception in their employee health plan is against their religious beliefs.

In 2014, the Supreme Court ruled in favor of Hobby Lobby that the mandate violated the Religious Freedom Restoration Act of 1993, and that companies of religious orientation or foundation would not have to provide insurance coverage for something they are religiously opposed to.

Many conservatives and religious groups see the recent move by the Trump administration as a step for freedom of religion. House Speaker Paul Ryan (R-Wis.) called the rule “a landmark day for religious liberty.”

In addition to religious freedom, the Trump administration also cited health risks associated with certain contraception methods, and stated that the former mandate could promote “risky sexual behavior” among teenagers and young adults.

Health risks are small compared to the number of women that use birth control every year, studies have shown. And certain methods can also help prevent other health issues, such as acne, cysts in the breasts and ovaries, endometrial and ovarian cancers and anemia.

Access to birth control in the United States has a long, tumultuous history. Margaret Sanger, who later founded Planned Parenthood, opened the first birth control clinic in 1916 in Brooklyn, New York. Authorities shut down the clinic nine days after the opening.

Sanger later fought to end the Comstock Law, a federal ban on distribution of information regarding advertisements about and dissemination of birth control methods through the U.S. Postal Service. The ban was lifted in 1938.

In 1960, the FDA approved the first form of oral contraception, and Sanger underwrote much of the research.

Restrictions on access to and locations of clinics that provide birth control vary state by state. Since the election in November 2016, many women in Illinois have taken steps to ensure future access to birth control.

“I can say that after talking with some health center staff, we’ve heard patients say that they want a birth control method that will outlast a presidential term,” said Lynn.

President Trump ran his campaign as an anti-abortion candidate. During his campaign, he stated that he was against abortion except in cases of rape, incest and risk to the life of the mother, and supported overturning Roe v. Wade, the landmark Supreme Court decision that legalized abortion.

In a September 2016 letter, Trump expressed support for defunding Planned Parenthood, making the Hyde Amendment, which outlaws the use of taxpayer money for abortion services, permanent law, and signing the “Pain-Capable Unborn Child Protection Act,” a bill that would outlaw abortion after 20 weeks except in cases of rape, incest and risk to the life of the mother.

Photo: Placards from Planned Parenthood rally in New York City  by Women’s eNews is licensed under CC BY 2.0.