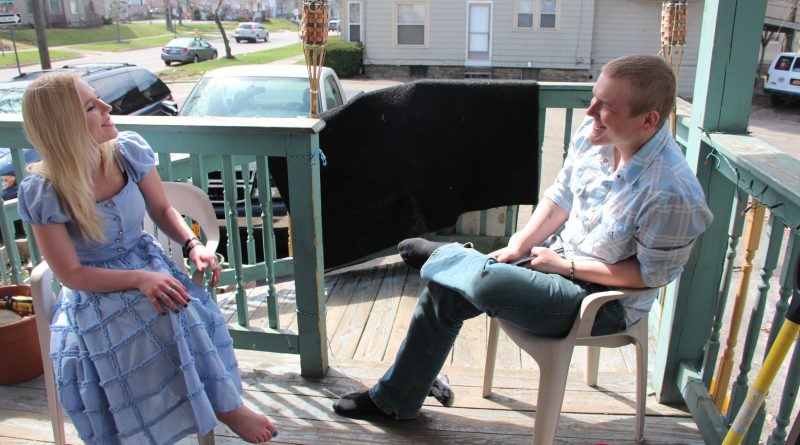 Inside one family’s decades-long struggle with opioids in Jamestown, New York.

With funding from the Social Justice News Nexus, Kari Lydersen reported for the Pacific Standard on the opioid crisis in Jamestown, N.Y. Read the full story here:

The scene seems almost idyllic. Though they are adults now— Chanda Lynn is 23; Zack, 25—it’s not hard to imagine the childhood they describe, building forts in the woods and staying up until the early morning talking. Chanda Lynn—who was the only girl on the Jamestown junior high football team—proudly recalls beating up neighbor kids who teased Zack for being chubby.

But soon the conversation has shifted from childhood memories back to pills, syringes, overdoses, and death.

For the better part of two hours, the siblings have been talking about the epidemic that has seized hold of not just their own family, but Jamestown as a whole. The one-time furniture capital of the country, which lies nestled in rolling hills and green farmlands, finds itself engaged in a losing battle against opioids.

Suddenly, a Facebook alert pops up on Chanda Lynn’s phone: “Somebody just died from a heroin overdose in Jamestown,” she says.

This day, Zack reacts to the news somberly. But in the past, he says, he would have greeted the news with excitement.

“If I flip back into my junkie brain, ‘Oh man, someone just died from pink bags, that’s got to be great shit!'” he says, speculating that this latest overdose came from heroin laced with the powerful synthetic opioid fentanyl. Different batches of heroin are often sold in distinctively colored or marked bags, and when addicts know a certain batch is powerful, they seek it out.

The Centers for Disease Control and Prevention recently declared drug overdoses to be the leading cause of death for people under 50. And places like Jamestown—small towns across the American heartland and the Rust Belt—are those hardest hit.