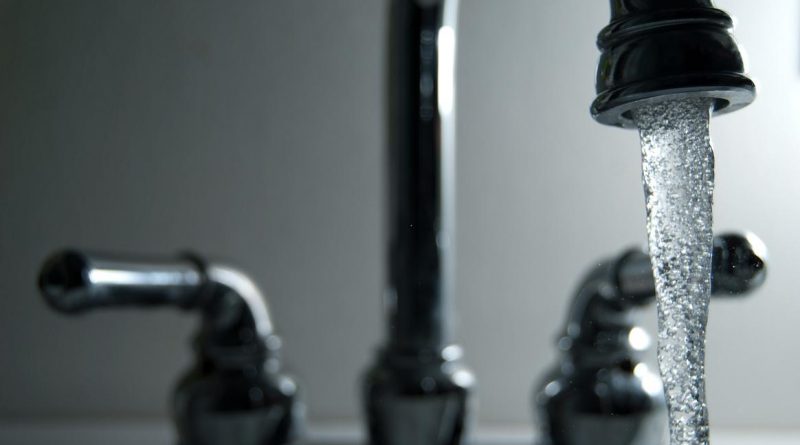 Is the water safe to drink?

It’s a surprisingly relevant question for a country that has long prided itself on widespread access to potable H2O. But as the Flint lead crisis continues to unfold, cities across the U.S. are re-examining water contamination concerns that many believed to be a problem only for generations past and less “developed” countries.

Can both those scenarios be true? Michael Tiboris, a global water fellow at the Chicago Council on Global Affairs, says they can. The question is not whether or not it’s true that Chicago’s water meets federal standards, Tiboris told a group of concerned citizens at an event in late February hosted by the Pilsen Environmental Rights and Reform Organization (P.E.R.R.O.), a grassroots environmental group based in Chicago’s Pilsen neighborhood. Instead, the question is “whether or not we as water consumers can take that truth as evidence of safety. It’s not apparent, for a variety of reasons, that regulatory adequacy … is evidence of safety.”

For Tiboris, the question of lead in water is not so much a black-or-white question with an absolute, scientifically knowable answer. Instead, the issue raises all sorts of philosophical or even moral conundrums over who is responsible for managing the risks inherent to a system of water service lines built primarily using a very structurally attractive yet irreversibly neurotoxic material.

Chicago’s water treatment system is top-notch, Tiboris says, but that’s not the point. The point is “that you [as a water consumer] have no reliable way of verifying if that means anything … The people who have the best capacity to know that have all sorts of incentives, I think, for not checking it, which makes it worse. The result of that is that it’s basically on us to do something about it.”

There are two main causes of this structural uncertainty surrounding lead, Tiboris says. The first is that it is difficult to accurately test for lead in water. It’s not as simple as collecting a couple of samples and seeing what the concentration is. Lead is not evenly distributed in the water it contaminates, nor are the sources of the lead contamination evenly distributed across a given water system. Lead comes out in bursts – in some neighborhoods more so than others – as it flakes off pipes or faucets. It disproportionately impacts minorities and low-income neighborhoods, where the building stock tends to be older and the resources for avoiding lead exposure are limited. This all means that a city can take 300 water samples that all look fine, Tiboris says, but the 304th sample will be completely off the charts.

What’s more, officials will sometimes drop these “outlier” samples, assuming them to be the result of some kind of data error or miscalculation. This is not necessarily an unusual practice in scientific endeavors, but, in some cases, critics view this process less charitably as a way to avoid having to take enforcement action.

Take the Flint water crisis for example. When the City of Flint originally sent 71 drinking water samples to Michigan officials, the results put the city over the federally mandated action level of 15 parts per billion of lead, according to reporting done by Michigan Radio in 2015. The state then told the city to drop two samples, which then put the city under the limit, according to documents obtained by Michigan Radio. State officials say those samples were dropped because they did not meet the protocols set out by federal rules.

Lead’s second layer of complexity has to do with the government’s definition of “safe,” or, as EPA puts it, “the level of contaminants in drinking water at which no adverse health effects are likely to occur with an adequate margin of safety.” For lead, this level is zero, which the EPA says is “based on the best available science which shows there is no safe level of exposure to lead.”

But, as Tiboris noted, “You can’t set a regulation so that nobody can pass it … You can’t say the water is only safe if there’s zero lead in it, because, if you did that, nobody would be in compliance. And if nobody’s in compliance, then nobody does anything. A problem for everybody is a problem for nobody.”

What’s more, because lead in water often comes from the corrosion of privately owned plumbing or water lines, the E.P.A. established a “treatment technique” rather than a “maximum containment level” for lead. This requires water systems to collect tap water samples from sites that are more likely to have lead plumbing. If more than 10 percent of those samples exceed 15 parts per billion, water systems are required to take certain steps toward remediation. While that’s still a very small amount, it’s not zero, which is what the science says is safe. In other words, the EPA standard “is not a health standard – it’s a proportional standard or something,” Tiboris said.

The ultimate question, then, is what should be done in the face of all the complexities and opacity surrounding the testing for and regulation of lead in water. There’s no one silver-bullet solution, but Tiboris offers a menu of possible fixes – each with their own upsides and downsides.

The simplest and cheapest option is for individuals to buy water filters equipped to remove lead, but that puts the onus on the users rather than the system itself. There are small, bureaucratic steps the city can take to encourage the replacement of lead service lines. It might waive the permit fees for replacing them, Tiboris said, or it could require service lines be replaced when a property is bought and sold. Or, at the very least, it might make lead service lines a question on housing contracts in the same way sellers or leasing agents must disclose any knowledge of lead-based paint. The challenge with all of these is that they shift the burden of the threat to the citizens, not the officials who are ultimately responsible for providing safe drinking water.

Another possible solution is for the City of Chicago to replace all lead service lines despite the fact that they largely fall on private property (the city, after all, required that service lines be made of lead up until they were banned nationally in 1986). Tiboris made this case in an op-ed for the Chicago Tribune, saying that Chicago should follow in the footsteps of Milwaukee, Madison and other cities that are ponying up to have the lead pipes replaced. It’s a costly endeavor – one estimate puts the price tag at $1.5 billion – but Tiboris and others say it’s the only way to know for sure that Chicago’s water is lead-free.