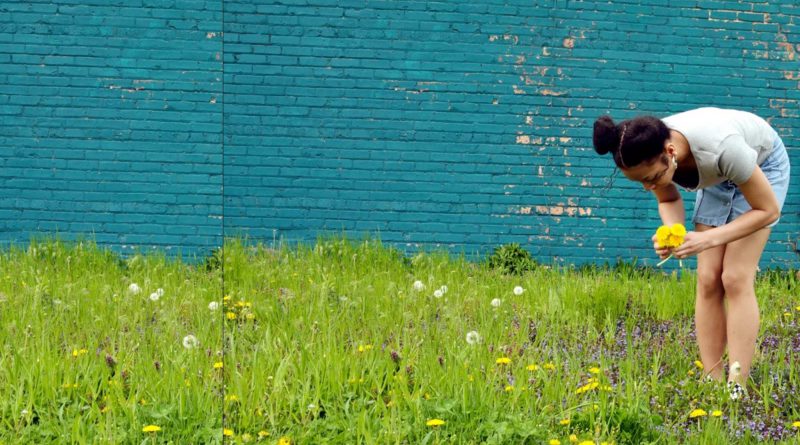 Tonika Johnson is using her art to ‘interrupt stereotypes.’

Tonika Johnson is a 37-year-old native Chicagoan making a name for herself as a street photographer. Her community, Englewood, rose to infamy after Spike Lee’s 2015 film Chi-Raq portrayed it as a hotbed of gun violence. “This is not the Englewood I experienced growing up, or that I currently see through my lens,” she says on her artist’s statement.

For Johnson, the still image and social justice go hand-in-hand: She wants to highlight the joy, power, and humanity of marginalized communities that are often overlooked or outright demonized by popular media. Through her tender images of everyday life, Johnson is systematically shattering preconceived notions about Englewood, and in their wake she offers outsiders — as well as the community itself — “a more accurate and artistically beautiful reflection of themselves” than is ever depicted.

The Establishment sat down with Johnson to talk cameras, race, and the role of art in resisting Trump. 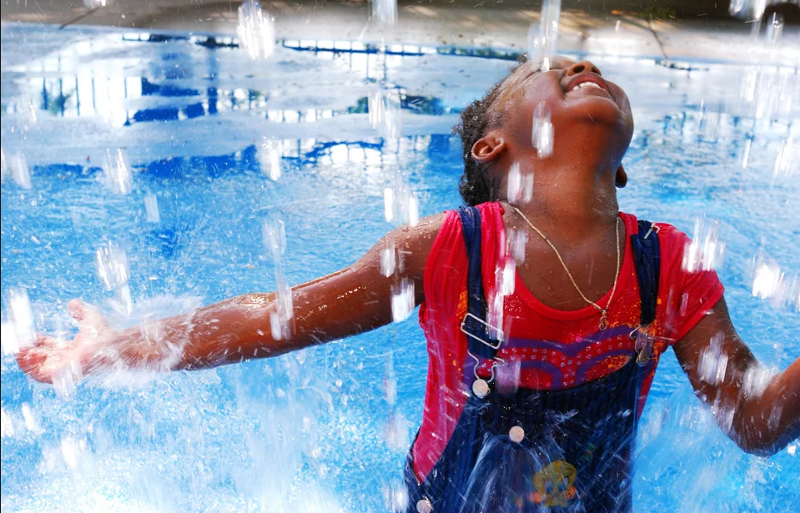 What is your earliest memory of photography?

It was freshman year of high school, and I was in a Saturday writing program called Young Chicago Authors. The program held a special photography class, and I took it. After that I started to write less and less poetry and take more and more pictures. It was all old-fashioned film cameras back then, nothing digital, so I was learning how to work the camera and develop the photos, too. It was the first time I learned something so fast that was so foreign to me. I kind of shocked myself.

Even your earliest work feels like it’s highlighting the positive aspects of your world. Were you working with the same aim of confronting stereotypes that you are today?

Oh, no. Way in the beginning I was just using the little point-and-shoot camera my dad bought me. I became known at school for just always taking pictures. It wasn’t artistic or anything, I just wanted to constantly catch a moment. I loved the constant challenge of changing subjects, moving subjects, trying to capture whatever moment or emotion you’re after, knowing that your subject is going to do something different in a second. I took pictures of landscapes, of my friends. It wasn’t until much later that I realized the pictures could change how others thought about my community. 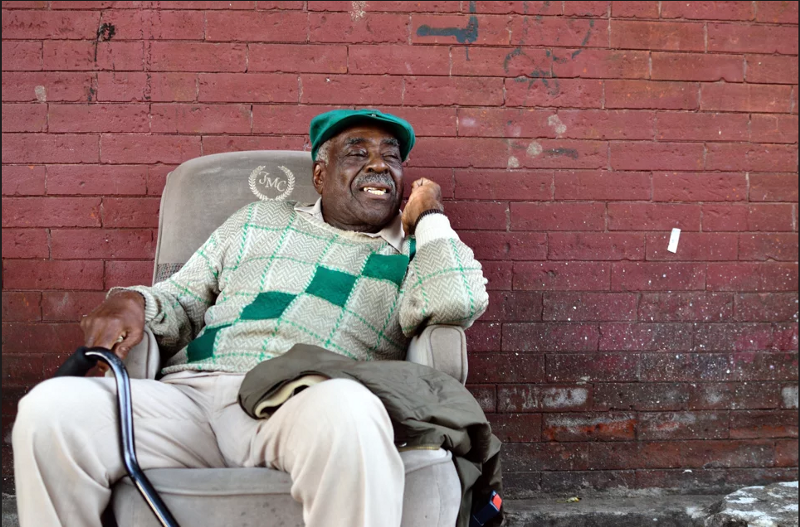 You went to Columbia College for journalism, which is in a much whiter part of the city than Englewood. What was it like practicing your craft there?

I was definitely the only Black student. I was used to being in diverse settings and was sort of taken aback that all the other students were white. I got to see how my photos looked compared to theirs. The difference was race, city to suburbs. My photos of my friends and my neighborhood were these kids’ only exposure to kids who didn’t look like them. It was my first time — more or less — being designated as the representative of Black people from the South Side of Chicago.

Art can come in and create a safer space to communicate a different opinion or viewpoint and allow you to interact with it.

I remember feeling estranged from my class, and that made me want to get as technically superior as I could. I remember feeling like the subject matter — the emotion of my photos — was always dismissed, and it always boiled down to a critique of the photos’ technical aspects. So I had to let it go and use those photography classes as a time to master understanding my equipment. 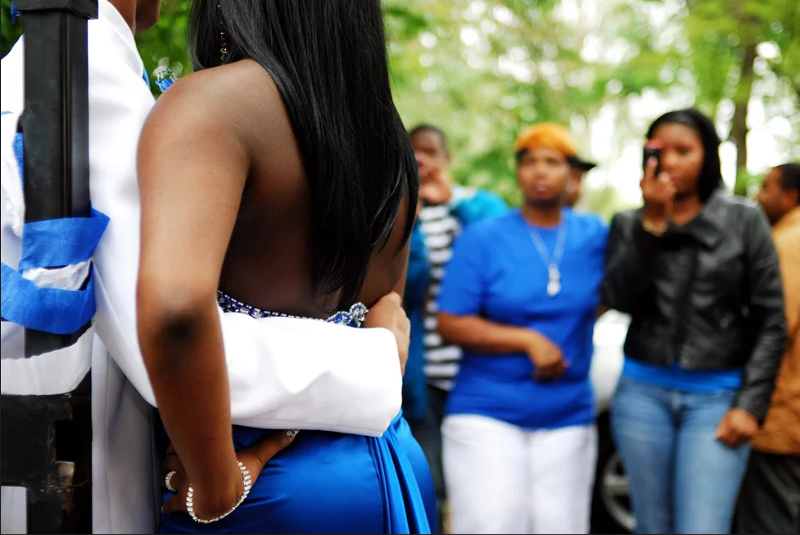 Can you tell me a little more about your journey from photography student to photographer-activist?

In 2008, I got a Nikon D-80 for my birthday. I had been working as a development associate at a nonprofit and hadn’t taken photos for about seven years. That Nikon got me out and taking photos again. I got involved with community organizations like Resident Association of Greater Englewood and taught a youth journalism program at the local library. I had a whole bunch of friends who were performers, and I started documenting their performances. One friend opened up for Wu-Tang and I documented that. Another friend asked me if I could take photos of her while she was on tour in France. That’s when it just really started to amaze me where photography could take you.

I got comfortable enough to stop taking just landscapes and start taking portraits of Englewood residents — some neighbors but most strangers. After Spike Lee’s movie came out I thought, “Nah. I’ve got all these pictures that show Englewood in a completely different way. I’m going to use photography as my platform to expand other people’s social awareness.” 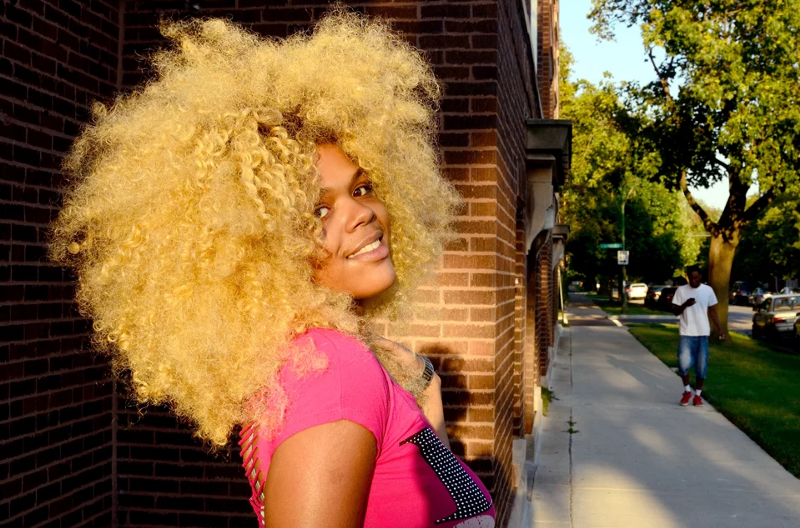 What are your working on now?

Right now I’m moving toward video. I want to have a video collage showing a week in Englewood at different times of the day, and I want to project it on the two empty walls of the abandoned building on 63rd and Halsted. I think it’s important to make quality art accessible to communities. It has to be outside of galleries. It has to reach people who wouldn’t come to the gallery.

More generally, I want to show and remind people of the humanity that exists in abundance within these communities. Videos and photographs stick in our minds and give us evidence to believe what we want to believe about a person or neighborhood. I would like for there to be another way to look at Englewood and communities like it. I don’t want it to be visually associated with crime and poverty. Because when you label a neighborhood that way, you’re labeling the people in that neighborhood. It’s dehumanizing. I want to make it so that when you Google “Englewood” and other neighborhoods like it, these positive images will start popping up.

I think it’s important to make quality art accessible to communities. It has to be outside of galleries. It has to reach people who wouldn’t come to the gallery. 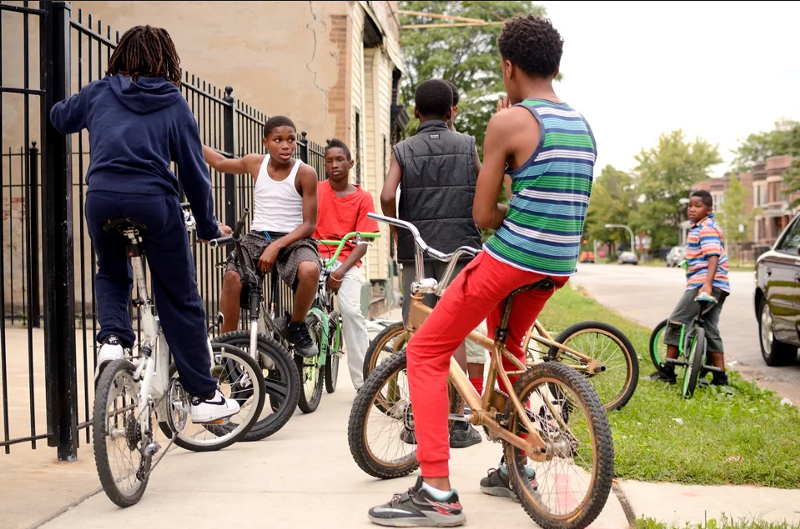 We’ve entered a political era where bigotry and hatred are on the rise. How do you see art figuring into the resistance?

It was disturbingly painful to see that there’s a large group of people in our country who really hold onto some very damaging, hurtful stereotypes and beliefs about other people in the country who don’t look like them. Now more than ever it’s important to challenge that, and I think art is just a great conduit to expand people’s social ideas and constructs in a way that a conversation or a debate or an argument doesn’t allow. Sometimes art can come in and create a safer space to communicate a different opinion or viewpoint and allow you to interact with it.

I think a lot of the resistance right now is bridging the gaps between understanding and having people consider other people’s point of view. My contribution is to offer a visual narrative showing the humanity of different marginalized, othered groups.

We are the experts of our neighborhood. We can tell our own stories. We can be beautiful.