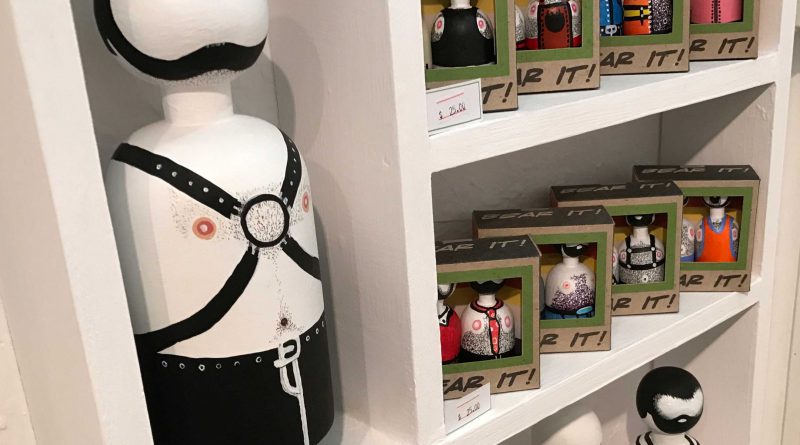 HAVANA, Cuba – Hector said he was already in love with his boyfriend of 16 days.

A government worker in his early 20s, Hector also says he feels comfortable letting his friends know that he is gay. Like many Cubans, he believes that the situation for the LGBT community has progressed rapidly in recent years.

But things are not perfect. He is still concerned that some may react negatively if he and his boyfriend show affection in the main square of their town of Matanzas, about 60 miles east of Havana along the coast.

“If I know we’re alone or aren’t being watched I feel comfortable, but we have to be careful,” said Hector, who asked his last name not be published.

Cuba, where gay men were once punished, harassed and sent to labor camps, has become a leader in LGBT rights in the Caribbean. The government’s change in policy and acceptance of the community is due in large part to the work of Mariela Castro, Raúl Castro’s daughter, and the late Fidel Castro’s niece.

Historically, the movement for LGBT rights has struggled against the cultural image of machismo and the politics of the communist regime.

Shortly after the revolution, Fidel Castro made it clear his new government would not tolerate the presence of homosexual men.

“A deviation of that nature clashes with the concept we have of what a militant communist should be,” Fidel Castro said of homosexuality in a 1965 interview with American journalist Lee Lockwood.

Beginning in 1965 gay men were among those who were sent to labor camps after being declared unfit for military service. With the first outbreak of HIV/AIDS on the island in the 1980s, those identified as carrying the virus were most often quarantined and received subpar healthcare.

Around the same time, a gay rights movement slowly began to gain mainstream acceptance. Although it reflected a similar push in the United States and Western Europe, journalist and cultural critic Eduardo Heras León credits the cultural reevaluation to cultural works that showed homosexuality in a different light.

The film Fresa y Chocolate, released in 1993, tells the story of a university student who befriends a gay artist who is unhappy with the Castro regime’s attitude toward homosexuality. It was one of the first major depictions of homosexuality in Cuban popular culture, and was a box office hit despite government disapproval.

“There were lines to see the movie for three months,” said Heras León. “But it was years before the government would allow the film to be shown on television.”

But government policy did begin to evolve. In 2000 Mariela Castro, whose mother was Vilma Espín, a women’s rights activist, became the head of the government-funded National Center for Sexual Education, commonly known by the Spanish acronym CENESEX. Under her guidance, the center, founded to promote reproductive health for women, expanded its focus to include gender and sexual minorities, and became a leader in the fight for LGBT rights.

In 2005, the center successfully promoted a bill that would grant free gender-reassignment surgery and hormone replacement therapy.

“One revolution should include a revolution for many,” said Massiel Rodriguez Núñez, a specialist at CENESEX.

CENESEX has been crucial in securing labor protections for LGBT workers. Most recently, the center has been supporting a non-profit that works with students with the goal of changing the way the next generation thinks.

Mariela Castro’s fight for LGBT rights has been influential within internal communist party politics, thanks to her family connections. Fidel Castro apologized for the regime’s role in the persecution of gay men in 2010, and there are annual government-supported Gay Pride Marches in Havana with a strong focus on the role of Communist Party members in the newfound political rights of the LGBT community.

Eduardo Digen, a Havana resident who works in the tourism industry, says it is easier to fight for LGBT rights if you are a faithful Communist Party member. He and a few friends attempted to open a gay café without going through CENESEX, and it was not long before they met resistance.

“[CENESEX] wrote to us emails saying ‘you have to go through the center, you have to work with us,’” said Digen. “If you are not pro-government… you are garbage for CENESEX.”

Regardless of the role the government plays, gay people in Cuba say homophobia still has not been eradicated. Samuel Riera, an artist whose work comments on the role of gay men in society, said the way he and his boyfriend are treated day to day is far from equal.

“If there are two couples in the park, a straight one and a gay one, the police will always go up and begin question the gay ones,” said Riera.

Derbio Campos, Riera’s boyfriend and partner at their art gallery, is more optimistic. Although he agrees with Riera’s perspective, Campos said he has seen more friends willing to identify as LGBT openly. “I had friends who used to have shame, and now they are changing,” said Campos.

The Cuban constitution currently defines marriage as the union between a man and a woman. CENESEX officials expect that gay marriage will be up for consideration at the 8th Congress of the Communist Party of Cuba in 2021, although Mariel Castro has advocated a shorter timeline for the change.

Loebena Olukone met her girlfriend on a city bus in Havana, but they had to go to Mexico City to marry officially. She says Cuba is a mixed bag for LGBT rights in the region. Although she had to travel to marry her wife, she cautions against using marriage as the sole barometer of progress in a region.

“Most of the countries that have same sex marriage want [more]to look like they are respecting human rights than they want to reflect the spirit of the country,” said Olukone. “As far as I have seen in the States, in Europe, and in Mexico the culture of homophobia, transphobia, queerphobia is the same. Machismo is everywhere.”