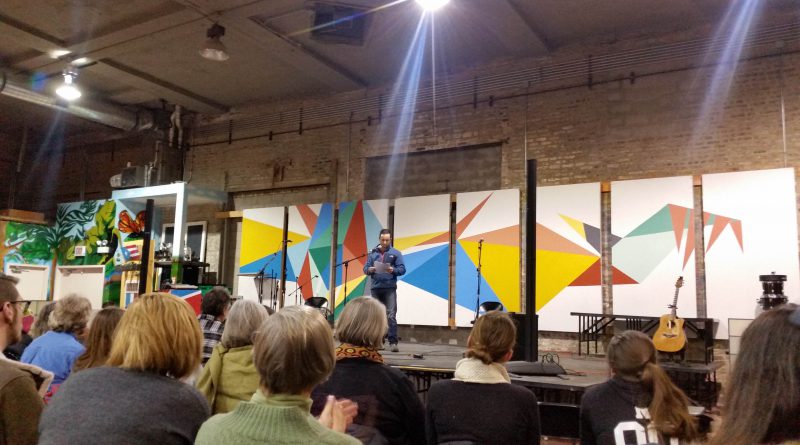 “Everyday of my life our climate, our public schools, people of color have been attacked. We expect those attacks to intensify for the next four years. So what are we going to do about it?” 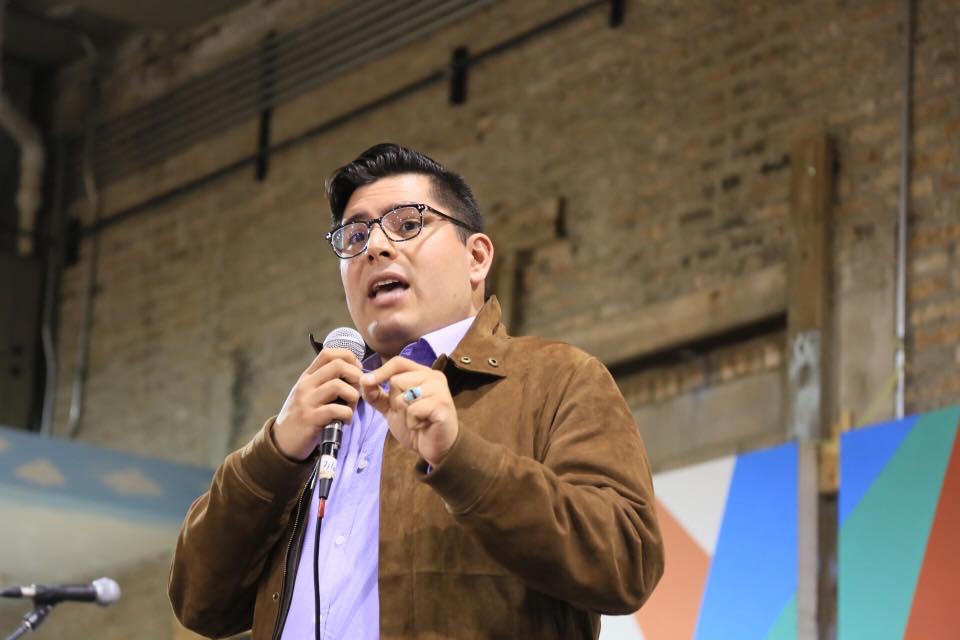 With these words, Alderman Carlos Ramirez-Rosa of the 35th Ward of Chicago questioned the audience at the #Earth2Trump rally on January 15.

Ramirez-Rosa intended to connect with the residents of Hermosa on the Northwest Side as a concerned neighbor from Logan Square, and as a Chicago resident. He announced that one action the city could take is to divest from fossil fuels. Ramirez-Rosa called on people to engage to take action in the city, to work hard, to work together, to help their neighbors while creating a “strong fist,” as he put it, to fight against the upcoming presidential administration.

The #Earth2Trump rally was held at Segundo Ruiz Belvis Cultural Center in Hermosa, part of a national Roadshow tour being hosted by the Center for Biological Diversity and local allies. The rally started with host Stephanie Feldstein, population and sustainability director of the Center of Biological Diversity. After welcoming everyone, she described Trump’s agenda: openly racist, misogynist and anti-environmental agenda, and believing that climate change is a hoax.

The event featured a number of groups working on climate change and other issues facing humanity today. 350.org Chicago, Rising Tide Chicago and Save Our Illinois Land (or SOIL) discussed their mission to stop the expansion of fossil fuel infrastructure in illinois and the Great Lakes region in order to protect the land, water and air.

Meanwhile the group Conceivable Future demanded the right to make reproductive choice free from massive, avoidable, government-supported harm, as they described it, and to make the U.S end fossil fuel subsidies as an act of commitment toward future generations.

The primary focus of the rally was built around spreading awareness of environmental and energy justice. The coalition was planning to travel to Washington DC, arriving on Inauguration Day to protest. Over the next four years, we will face tyranny and fascism, some of the critics warned.

“Humanity will face the greatest challenges in the history of our species: Climate change, nuclear weapons and militarism threaten our existence,” said Vincent Emanuele, a writer, activist and combat veteran at the rally.

“Although we will face a menace of epic proportions, Trump is a symptom, not the disease. The diseases remain as capitalism, racism, militarism, homophobia, sexism and ecological devastation.”

Emanuele called on activists, organizers, artists and poets to focus their collective energy on institutions of power and not on who temporarily leads them.

The rally culminated with a musical performance from Dana Lyons and Makana. Feldstein talked about the pledge of resistance and the reason for the rally: gathering to stand against Trump’s assault on America’s clean air, clean water, our climate, our wildlife, civil rights, reproductive rights, the assault against gender, immigration, racial equality,freedom of speech and religion. A few guests presented their pledges to take this stand.

My intention in attending the rally was to find out how aware Hermosa residents are about President-elect Donald Trump. As a former resident of the Hermosa neighborhood, it is great to see communities gather and make their voices heard, for people from different communities to work with each other and engage in community issues to resolve them together.

The future is not a predetermined timeline written in stone. Once we’ve stopped striving for change, then we’ve truly given up our freedom. We have the power to make a change now and for future generations.

As Obama said at his farewell speech in Chicago: “Our children won’t have time to debate the existence of climate change. They’ll be busy dealing with its effects: more environmental disasters, more economic disruptions, waves of climate refugees seeking sanctuary.”

Gerardo Salgado is a journalist from the Little Village neighborhood who produces and broadcasts live shows for Wattz Up! Currently a SJNN fellow for our Environmental and Energy Justice cycle, Gerardo also helps manage a team of youth journalists alongside Stephanie Manriquez, adult lead of the program at Yollocalli Arts Reach. Together they write stories, conduct interviews, edit audio pieces, and broadcast live on the air.  Gerry is currently studying computer science but plans to continue pursuing his love of journalism.  You can usually find him, headphones in, watching old movies and snuggling with his dogs.