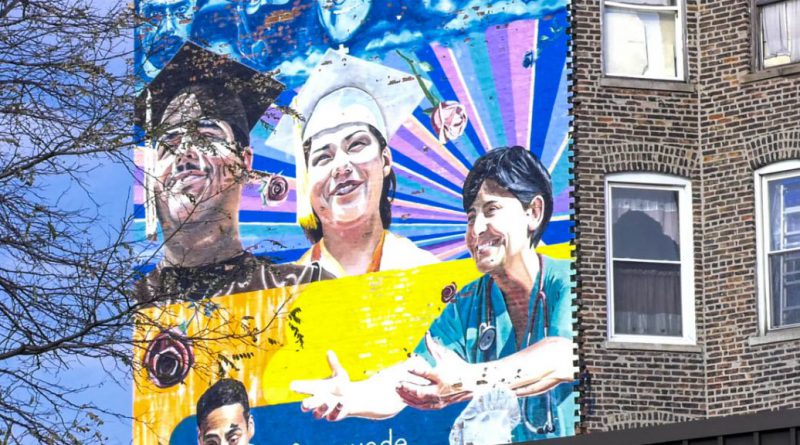 [A version of the story was originally published in The American Prospect.]

Operating room nurse Jose Aguiluz knew that Deferred Action for Childhood Arrivals (DACA) was only a Band-Aid for his immigration problem. It wasn’t a pathway to citizenship. The benefits it offered were limited, temporary.

But critically to Aguiluz, it was a way out of the shadows. For the first time since he fled Honduras to the U.S. in 2005, he found himself not having to tell white lies to his friends and peers. With a Maryland driver’s license, Aguiluz didn’t have to pretend that he had environmental reasons for not driving a car. With a work permit and a Social Security number, he worried less about having a run-in with the police. He didn’t have to think about how any and every action he took might lead to his deportation. Aguiluz was even able to visit Honduras without fearing that he would be denied re-entry into the United States.

But the DACA benefits that made Aguiluz feel more secure under President Obama could make him suddenly vulnerable when Donald Trump becomes president. Aguiluz and thousands of DACA recipients trusted the Obama administration with their personal identifying information in a trade-off that gained them short-term security. But in the turnover to Trump’s administration, that same identifying information could now be used against them. It’s one of the many unknowns now burdening DACA recipients, who have no idea how long their work permits might be valid, and who fear transgressions as petty as jay walking might get them deported. Efforts to protect such immigrants, moreover, face practical and legal barriers

Trump has pledged to end DACA and to deport between 2-3 million “criminal” aliens. Many DACA recipients now wonder whether they even have a future in the United States—in most cases, the only home they have ever known. With no clear sense of how the Trump administration will define criminality, DACA recipients can only speculate over who might be targeted for deportation. To date, the incoming administration has provided no information or clear direction as to what might happen to DACA recipients’ work permits, which have given them access to higher-paying jobs, health insurance and steadier work.

Trump has vowed big changes in immigration reform. Some high-profile Republicans, such as conservative pundit Ann Coulter, have signaled that they will hold his feet to the fire on DACA and deportations; others, including many in Congress, are casting the GOP immigration agenda in much more moderate terms.

But the absence of specific details or even GOP consensus have triggered near-panic in a group of immigrants who had just started becoming accustomed to disclosing their status as undocumented, and growing less fearful of deportation. Less than a week after Election Day, Chicago Mayor Rahm Emanuel and House Democrat Luis Gutierrez flagged a 200 percent increase in calls to mental health hotlines in Illinois. Patrick Magoon, CEO of the Ann & Robert H. Lurie Children’s Hospital of Chicago, warned of a “public health crisis” and released a notice spelling out strategies to support targeted youth, specifically identifying DACA recipients.

Jenniffel Ramirez, a mental health counselor at Alivio Medical Center in Chicago, says DACA recipients’ mental well-being is “even more complex” on the eve of a Trump presidency because they feel they have been misled. DACA recipients “finally had this documentation,” says Ramirez. “They finally feel like they belong; they finally start getting jobs; they’re starting in their careers; they have this new car; they finally see this hope.” For these immigrants, she adds, losing all that is “not just taking away a paper, it’s taking away an identity.” Many DACA recipients not only feel misled, according to Ramirez; they feel guilty for trusting the government with their personal information. That’s because many divulged information that now puts other undocumented family members at risk as well.

Even those who have not directly benefited from DACA could be exposed under Trump. The state of alarm Ramirez describes has prompted local, state and national leaders to respond. Mayors, college administrators, mental health providers, faith leaders and lawmakers on Capitol Hill all are scrambling to find ways to protect DACA recipients from deportation. But they face many legal and practical obstacles, and numerous unanswered questions. These include: What will now make these undocumented immigrants deportable?

In order to even qualify for DACA, applicants must prove that they have never been convicted of a felony, a single significant misdemeanor, or three or more misdemeanors of any kind. But neither Trump nor any of his announced cabinet nominees has defined clearly who will qualify as a “criminal” alien subject to deportation.

“Criminality is very loosely defined and it changes from state to state,” explains Catalina Velasquez, a DACA recipient who runs Consult Catalina, a business that offers advising services across nonprofit, government and private sectors. In Maricopa County, Ariz., before the ouster of anti-immigrant Sheriff Joe Arpaio, Velasquez notes, “people were getting three misdemeanors for jay-walking, which equated to a felony. That’s criminality, right?”

Obama has deported more undocumented immigrants, at a faster rate—those with criminal records and without—than any other U.S. president in history. Picon fears that with Obama’s deportation infrastructure already in place, Trump could target immigrants with simple traffic violations, or who committed small misdemeanors as youths but are now building families and setting down roots.

Also, no one knows what might happen to DACA recipients’ work permits. As a general rule, the permits last two years, but some will expire sooner.

“What is unclear is whether or not U.S. Citizenship and Immigration Services (USCIS)–under the direction of [a new] executive order or the Secretary of Homeland Security—would attempt to collect any work permits that are currently valid before they’re set to expire,” explains Picon.

There is precedent for revoking permits before they expire, says Picon. When Obama attempted to expand DACA and protect its recipients’ parents with a program called Deferred Action for Parents of Americans and Lawful Permanent Residents (DAPA) in November of 2014, USCIS started issuing three-year protected work permits to immigrants under the DACA program. But a federal judge in Texas blocked both DAPA and the DACA expansion in February of 2015. Nevertheless, USCIS continued to issue three-year permits to DACA recipients even after the injunction. When the U.S. Supreme Court deadlocked in reviewing the case in June 2016, the 4-4 split effectively ended Obama’s plan to expand DACA and implement DAPA via executive order. The upshot is that that any three-year work permits issued after the February 2015 injunction were deemed to have been issued in error, and USCIS has declared that they should either be returned by mail or physically handed in to a Department of Homeland Security office.

As to the estimated 740,000 individuals who have DACA status and two-year work permits under the original executive order, says Picon, it’s not clear whether they will now be required to submit those permits physically, or whether USCIS under the Trump administration will simply unilaterally revoke them.

If DACA work permit-holders are required to immediately return their permits, both the permit-holders and their employers will be forced to decide what will happen to their jobs. But, if Trump ends DACA but lets the work permits expire on their own, then DACA work permit-holders will have time—up to two years, in some cases—to find new work or to make plans for future employment. If the administration simply lets work permits expire, that gives DACA recipients up to two years to decide what to do—whether to keep a job that is no longer legal, find a job that they can’t be hired for legally, petition the government for changes in the law, be unemployed or voluntarily leave the country.

“Some people were able to buy new cars, get their first mortgage on their homes, and so if they’re now left without the security of a job or at least the opportunity to secure employment, then there are other collateral consequences to having the work permit terminated,” says Picon.

Those preparing for worst-case scenarios under Trump’s administration are proposing a variety of untested options to protect undocumented immigrants. Leading the way are cities. Before the election 17 cities, including Baltimore, Chicago, Dallas, Los Angeles, Miami, and New York, already had sanctuary-like policies in place that bar police from questioning an individual’s immigration status. Since Election Day, many other cities and counties have declared themselves sanctuaries, pledging to defy Trump’s deportation intentions through protective policies for their residents.

Mayor Rahm Emanuel delivered a letter to Trump on Dec. 7 that was signed by 14 other mayors, requesting that he continue DACA protections under his administration. Emanuel also advised the president-elect and his advisers of the benefits of DACA, the moral obligation against a “bait and switch” directed at young immigrants, and the importance of sanctuary cities. The previous week, Emanuel had created a legal fund of $1 million to provide more legal resources for immigrant families threatened with deportation.

Trump, for his part, has pledged to end sanctuary cities by cutting off federal funding. Now that significant portions of their budgets are at risk, it’s unclear what actions sanctuary cities might be willing to take.

It’s a matter of speculation whether colleges could be legally forced to release private information of students’ immigration status. Hundreds of houses of worship are also promising safe harbor for undocumented immigrants facing deportation. Churches already have a long tradition of housing undocumented immigrants and refusing to cooperate with law enforcement agencies unless an arrest warrant is presented.

House Democrats have  petitioned Obama to use his power of presidential pardon to protect DACA recipients. The White House’s stance is that the president cannot grant undocumented immigrants any legal status via clemency, and that only Congress has that power.

It’s not even clear whether presidential pardons could cover civil offenses related to immigration, such as overstaying a visa or other forms of illegal entry. The Department of Justice maintains that only federal criminal offenses may be pardoned by Obama.

Those who are pushing for presidential pardons acknowledge that it would not give DACA recipients legal immigration status. If the Trump administration rescinds DACA, those previously protected under the program would once again have no form of documentation or work authorization. A presidential pardon might, however, allow those previously protected under DACA—whose information is now known by the government—to live in the U.S. without the fear of impending removal.

Republican Senator Lindsey Graham, of South Carolina, has announced that he is drafting legislation—along with fellow GOP Senator Jeff Flake, of Arizona, and many Democrats—to extend legal protections for DACA recipients. Though not finalized, Graham’s bill would not offer DACA recipients citizenship. Depending on its final form, the proposed bill may remove the threat of deportation and continue legal status and work protections for those currently protected by DACA.

“I know, firsthand, that immigration transcends political parties,” says Catalina Velasquez. “I know that President-elect Trump ran a campaign on a stance on immigrants and building a wall and getting rid of folks. But, I also know that President Bush proposed comprehensive immigration reform. I also know that it was a Republican who passed the last amnesty in the eighties. We know as a community, so enough with the political games. Help us preserve our dignity.”