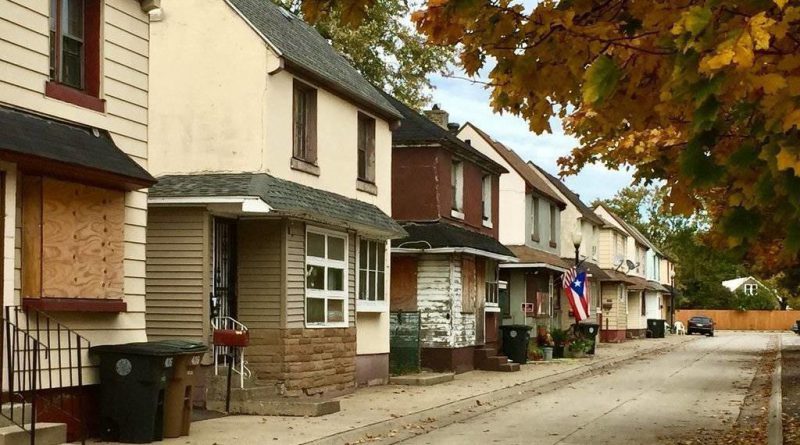 Marktown, in East Chicago, Indiana, is less than a half hour drive from the south side of Chicago. It’s in a different state and is in many ways in its own world.

Built in 1917 as a planned community for a steel company, Marktown welcomed more than one thousand residents living in about 200 houses. Only 10 percent of the original design was actually built. The streets were designed as walkways and the cars were to be parked on the sidewalks.

In 1975, the community was added to the National Register of Historic Places and listed as one of the seven wonders of Northwest Indiana for its architectural and historical significance.

For the past 20 years, BP has been purchasing homes around its Whiting Refinery, including the ones in Marktown.

By 2008, there were only about 500 people living there when Marktown and the city of East Chicago commissioned a revitalization plan. BP’s oil refinery remains its most prominent neighbor.

Next year, in 2017, Marktown celebrates its 100th anniversary. There may not be many residents around to celebrate.

Featured Photo: Houses on Park St. in Marktown remain standing as of December 2016 upon its 100th anniversary. (Jingzhe(Kelly) Wang/MEDILL)