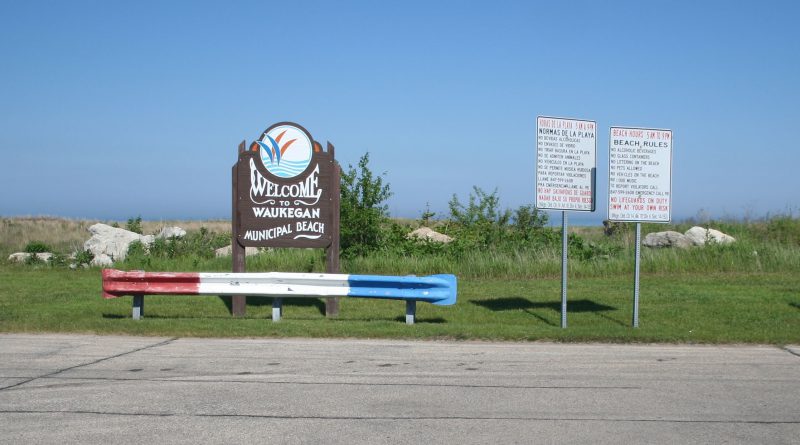 Newly elected U.S. Representative Brad Schneider had a hopeful message for Lake County residents gathered at the Greenbelt Cultural Center on Dec. 4 for an advance screening of a national TV show featuring the town as a symbol of the debate over our country’s energy future.

Congratulations, he said, and don’t despair.

He was talking to residents and activists involved in campaigns and debates around the future of a coal-fired power plant in the nearby city of Waukegan. At a time when the outcome of the presidential election has raised grave concerns for many people involved in the fight against climate change, Illinois recently had its own positive development on the energy front.

On Dec. 1, the Illinois General Assembly passed a massive energy bill. For years, organizers with Clean Power Lake County, a Waukegan-based environmental group, have rallied for state legislation on clean energy. Many of the people gathered here hope it will bring jobs and clean energy development to Waukegan, North Chicago, Zion and other cities in Lake County.

The newly elected Democratic congressman from Illinois’ 10th congressional district cheered the passage of the state’s energy bill as a victory for Waukegan’s activists and a “great thing for Illinois.”

“The impact of climate change and pollution is felt at the local and state level,” Schneider said. “They are the ones that will have to increasingly take on more of the responsibility. It is up to leadership here in Waukegan and Lake County to make the most of the opportunity.”

With passage of the bill, Illinois’s renewable energy target remains at 25 percent of all electricity by 2025, but unlike before, that power must come from solar and wind installations in the state. Previously, a quirk in the structure of the state’s Renewable Portfolio Standard meant that renewable energy was acquired from out-of-state sources and funds that could have gone to renewable energy in Illinois were going unspent. The energy bill also includes other clean energy programs including for low-income communities.

But the main goal of the legislation is to prop up nuclear power plants owned by Exelon, a giant energy corporation. Ratepayers will contribute $235 million in yearly subsidies to keep two of Exelon’s nuclear plants in operation. The two plants, located in Clinton and Quad Cities, cost Exelon a combined $800 million in losses in the past seven years, according to the company.

Schneider spoke to several hundred people at the community center in the town of North Chicago, while heavy snow swirled outside. He was joined by a slate of speakers, including Aaron Lawlor, the county board chairman, and Mary Anne Hitt, the director of the Sierra Club’s campaign against coal-fired power plants.

In November, Schneider beat U.S. Representative Bob Dold in a rematch election. and—if the crowd’s cheers and loud whoops were any indicator—he had many supporters here. He will soon head to Washington, where, come January 20, Republicans will be in control. Schneider defeated the Republican in 2012, but Dold regained the seat in 2014.

After Schneider’s speech, he spoke with residents and said that states and municipalities need to “increasingly take on more responsibility” on energy issues. The campaign rhetoric of President-elect Donald Trump suggests that recent progress on developing clean energy policy is at risk, Schneider said, calling it a “cause for great concern.”

Still, many energy and environmental activists applaud the Illinois bill. Jack Darin, the director of the Sierra Club’s Illinois chapter, released a statement saying the energy updates will spur clean energy development across Illinois while creating jobs. “While this bill contains difficult compromises, this is a tremendous leap forward for clean energy in Illinois,” said Darin’s statement.

The Sierra Club pushed for the legislation, along with the Citizens Utility Board, the Natural Resources Defense Council, and other environmental groups. These groups and clean energy companies were part of a Clean Jobs Coalition that originally had proposed their own bill but agreed to compromise with Exelon and the utility company ComEd in order to get legislation passed.

One major sticking point – the so-called demand charge that determined how electric rates are calculated – was stripped out of the legislation during the state legislature’s veto session after pressure from Governor Bruce Rauner and many consumer groups and solar companies. ComEd, Illinois’ largest electricity utility, pushed for the measure that would charge customers based on their highest demand spikes.

ComEd said it was necessary for covering the cost of keeping up the electrical grid. But solar developers feared it would slow the market for residential solar installations and innovation in clean technologies—one CEO called it a “dark cloud.”

Exelon says the new legislation will cap rates at a quarter a month for ComEd customers, although some critics say rates could actually rise by more than $4 dollars a month. In prepared remarks, Exelon CEO Chris Crane said, “This has always been first and foremost about doing the right thing for our customers, the talented men and women who operate the plants, and the communities we serve.”

Rauner is expected to sign the bill quickly after it reaches his desk, and it will take effect in June 2017.

During the negotiations, Clean Power Lake County rallied residents and sent caravans of volunteers to lobby lawmakers in Springfield directly. Celeste Flores has been involved in the campaign for two years. “It’s good to know that all that work paid off,” she said. “Getting it passed through a veto session was incredible.”

Clean Power Lake County will be featured in an upcoming episode of “Years of Living Dangerously,” a television show produced by National Geographic where celebrities travel around the world to witness the effects of climate change. Clips were shown at the event.

Dulce Ortiz is a lead organizer with Clean Power Lake County. Since 2013 she’s been involved in the campaign to transition Waukegan beyond coal and expand clean energy policy in Illinois. “We are working for a hopeful vision,” she said. “Our mission is to build a clean energy future for Waukegan and Lake County.”

Along with pushing for new legislation, environmental groups have been calling for a stop to burning coal at the nearby power plant on the shore of Lake Michigan in Waukegan. The plant is owned by NRG Energy, a New Jersey-based company, and produces enough energy for half a million homes while employing more than 100 workers.

Residents say the plant is endangering the health of Waukegan residents, and the economics of coal are such that the nearly 90-year-old plant is no longer financially competitive. They are calling on NRG to develop and fund a transition plan that would include job retraining and other measures to soften the economic impact of a closure. NRG has said recently that the plant will continue burning coal indefinitely.

Republican Aaron Lawlor, the Lake County Board Chairman, told the crowd at Greenbelt Cultural Center that coal plants are closing around the state and the country. He called for a “carrot and a stick approach” with NRG.

“It’s time we get moving,” he said. “The redevelopment of the harbor is the number one thing that we can do for Waukegan. It cannot happen with a coal-burning power plant on the Waukegan lakefront.”

County and other local officials cannot order the plant’s closure, and Waukegan Mayor Wayne Motley has been non-committal about pressuring NRG. The plant is the third largest tax-payer in the city and generates nearly $900,000 in tax revenue for the city. Congressman-elect Schneider said he intends to reach out to NRG and “do everything I can” to encourage the company to commit to a transition plan in case of the plant’s closing. While a closing could have serious economic impacts on the local area, Schneider emphasized that shutting down coal plants is crucial for the world as a whole.

“There is no greater risk than we face,” he said. “We are perilously close on global climate change. The time is now.”

Kevin Stark is an independent reporter who focuses on environment and climate change. He has written about rising seas, industrial pollution, global climate research, and urban and housing policy. Kevin is currently a SJNN Fellow for Cycle 4, focusing on environmental & energy justice. Follow Kevin on Twitter @StarkKev.