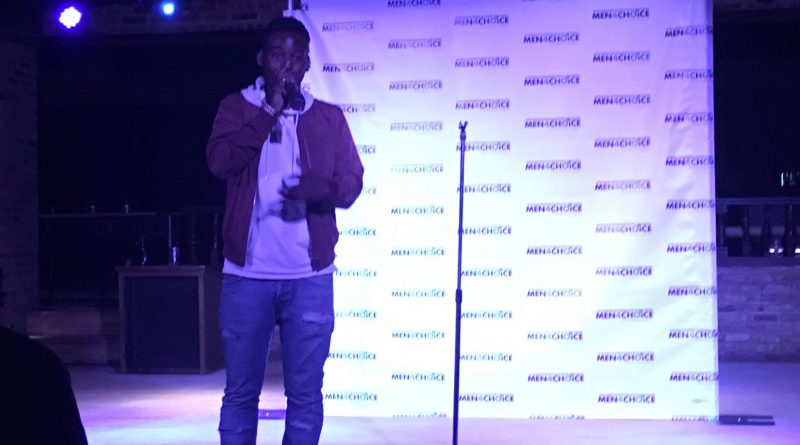 In the wake of the uproar caused by Donald Trump’s lewd comments about women, a recently-minted Chicago pro-choice organization run exclusively by men is speaking up for women’s rights this election season.

Activists and elected officials with Men4Choice hosted a fundraiser Oct. 10, to benefit state-level pro-choice candidates in Illinois and raise awareness about reproductive rights.

“Where are men really on this issue?” Sen. Daniel Biss (D-9th) asked a crowd of both young men and women filling the basement at Untitled Supper Club in River North. “The question on why we need Men4Choice answers itself. Men have an obligation to run for choice.”

The release of a 2005 video by the Washington Post showing Republican presidential candidate Donald Trump boasting about luring, groping and kissing women figured prominently in the speakers’ remarks.

As a local elected official, Biss joined Men4Choice when it was founded at the end of 2015. He said while the Illinois Senate has managed to pass satisfactory legislation on contraception—making Illinois a haven compared to other states like Texas—Illinois Republican lawmakers typically vote against furthering reproductive rights. He said that is a sign that women’s reproductive freedom still has a long and ongoing battle at the legislative level.

“It is unbelievably important for men to speak up for women,” Biss later told the Social Justice News Nexus. “That’s why I’m honored to be a part of this organization.”

“First of all, this is absurd,” London said. “That we have to build, in 2016, an organization that says, ‘We are men who believe in a woman’s right to choose.’”

London has a long track record of activism on the Chicago scene, both through his music and with TED Talks and an appearance at the United Nations to denounce Chicago police violence as genocide.

At the Men4Choice’s fundraiser, London criticized a society where “we don’t teach men how to ask for consent,” and used his lyrics to advocate for progress on reproductive freedom.

“We can’t become what we need to be,” London rapped, “by remaining who we are.”

Oren Jacobson, the 33-year-old executive director of Men4Choice, said he was thrilled with the turnout at the fundraiser.

“We had more than 50 men on our host committee,” Jacobson, a real estate consultant, told SJNN. “More than 50 men who were willing to give their money, energy and time for this cause. I think that says a lot about the men in Illinois.”

Jacobson said money raised at the event will go toward both expanding Men4Choice’s local outreach and supporting the electoral effort of pro-choice candidates at the state level. On Oct. 15, Men4Choice activists will canvas door-to-door urging voters to support reproductive rights in the Nov. 8 general election.

Since its recent institution, Men4Choice has lobbied for bills on reproductive rights to be passed in Springfield, and has reached out to and collaborated with health care organizations like Planned Parenthood.

“2016’s goal was about demonstrating that we are willing to do the work that’s necessary,” Jacobson said. “And it’s been a really great year.”

At the Untitled Supper Club, talk of Donald Trump’s comments still dominated the evening. Jacobson told the audience he needed the night not just for the organization, but for himself, since “the past three days have been horrific.”