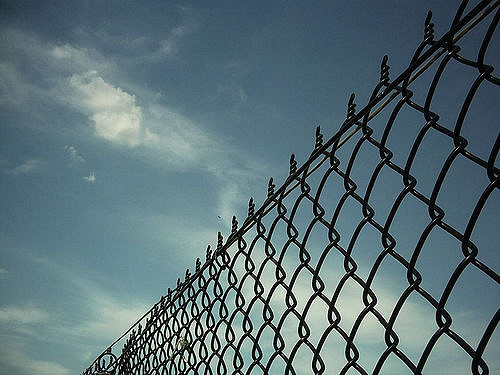 Priscilla Simes spent more than six years behind bars. When she was released, she said that she spiraled into depression because she couldn’t find a job.

For ex-offenders like Simes, their sentences seemingly continue after they are released from prison. Since many employers turn down applicants with criminal histories, many of the 650,000 individuals who are released from America’s prisons every year struggle to find jobs.

But some employers in Illinois are trying to change that trend while encouraging other business owners to give people with criminal records a second chance.

Six ex-offenders work at Felony Franks. Employees earn at least $10 an hour. They are cross-trained, so the person grilling hamburgers can calculate payrolls on a different day, said Andrews.

Pete Leonard, founder of I Have a Bean, follows the same workflow at his coffee shop in Wheaton. From production to marketing, there’s “nothing in the company they cannot and do not do,” said Leonard. He started hiring people with criminal histories when he first employed his relative who couldn’t find a job after being released from prison. Since then, he’s recruited 35 ex-offenders whom he paid “above minimum wage.”

While Leonard and Andrews said that ex-offenders aren’t different from employees with non-criminal pasts, they haven’t overlooked the challenges. “Certain things are harder for people with a felony conviction than people who don’t have one,” said Leonard, who tries to be more understanding of his employees’ shortcomings. Andrews said that because there are some “communication deficiencies,” he often repeats himself and maintains heightened sensitivity when giving his employees feedback. Despite this, Andrews still believes that those “challenges are worth it.” Their employees declined to comment.

Although employers like Andrews and Leonard are trying to break the stigma, employment is still an obstacle for people with criminal records. Cook County Jail has re–entry programs that train and educate detainees for future employment. But having the skills does not always increase the chances of being hired. According to a study funded by the U.S. Department of Justice, ex-offenders are stigmatized to varying degrees by many employers, especially those in the food industry.

“In order to prevent the levels of recidivism that we’ve experienced…we’ve got to invest more in those [re-entry programs and employment support] types of services,” said Cook County Commissioner Jesús Garcia, who is an advocate of restorative justice.

According to the Illinois Sentencing Policy Advisory Council, 48 percent of prisoners released annually commit another offense within three years of their release. Employers like Andrews and Leonard believe that they are doing their part in reducing recidivism. They hope more employers will follow their lead.

Patricia Nabong is a Masters student at Northwestern University’s Medill School of Journalism, with a specialization in social justice and investigative reporting. She is an associate member of the Photojournalists’ Center of the Philippines and the Tokwa Collective. Follow Patricia on Twitter @pat_nabong.