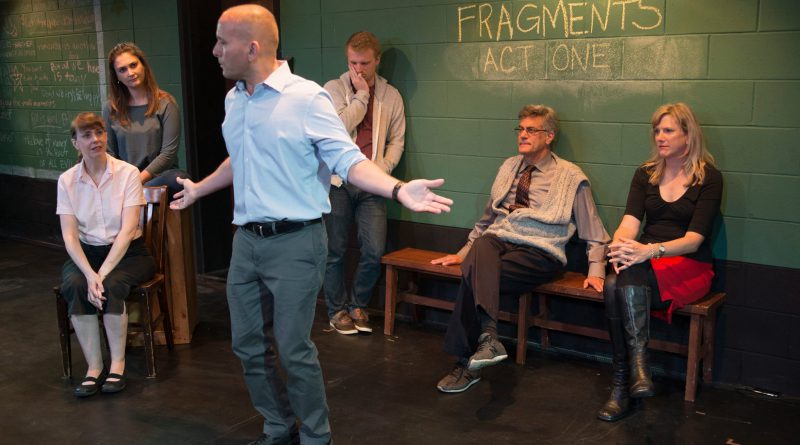 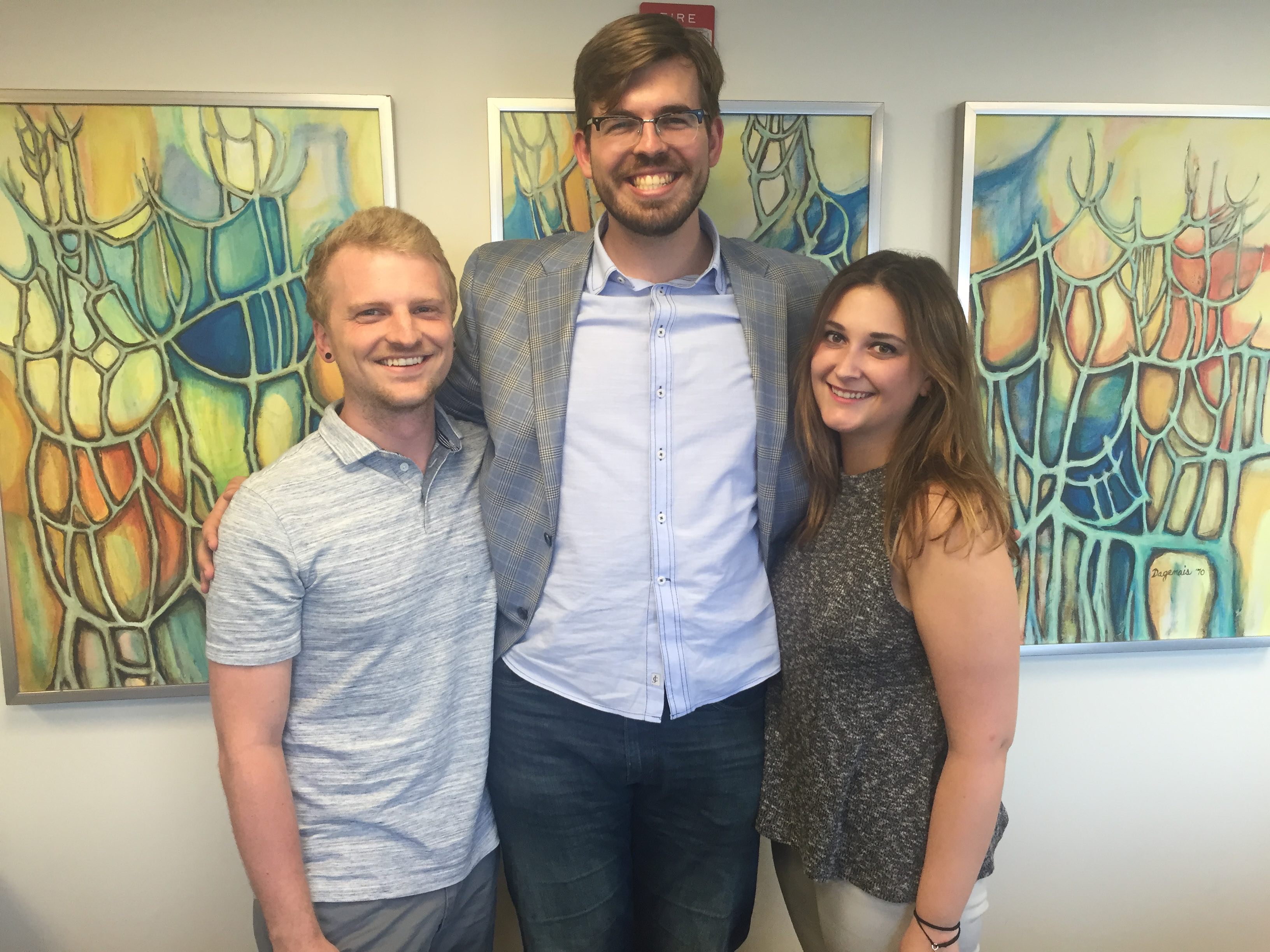 The audience becomes integrated into the play, seated in between actors performing on crates and chairs at the Underground Theatre at Loyola University Chicago’s Mundelein Center for Fine and Performing Arts. Rather than sitting and telling stories to an audience, actors talk and move around the theatre, creating the feel of a community space.

This is “Fragments: A Sit-Around,” a play that doesn’t feature traditional scenes. The piece is written by Edward Albee and produced by CityWorks Theatre Company, a new group devoted to exploring social justice issues in partnership with Chicago communities.

“I think that’s what I love most about this show. It boils down to just eight people who don’t seem to know each other sharing experiences and anecdotes until they, inevitably, form a connection,” said Amy Heller, the group’s director of community outreach and an actor in the play. “It’s about getting an audience to listen to the stories too and join in on that connection. It’s an interesting ripple effect that I think captures what CityWorks Theatre is all about.”

“It’s a play about really taking the time to listen to people and listen to people who aren’t like you, which seems to be the root of a lot of problems that we see the world facing right now,” Heller said.

Heller founded CityWorks along with Ryan Stanfield and Warren Swartwout, all 23. They said they were inspired to combine their passions for theater and the values from their Jesuit educations as a vehicle for social change.

“We were all coming from this background of wanting to change the world in some way and combining that with our love for theater and wanting to use that art form as our medium to affect that change,” said Stanfield, the artistic director.

Stanfield said witnessing an array of recent social issues challenging Chicago communities, such as the shooting of 17-year-old Laquan McDonald by Chicago police officer Jason Van Dyke, spurred the group to move forward with their plans.

“Those sorts of things fomented us into wanting to use our theater to discuss these issues and bring communities together that were grieving and wrestling with a lot of large social issues that are really hard to talk about,” Stanfield said. “The theater is a place where everyone can step into each other’s shoes for two hours or so and empathize and cross those bridges.” 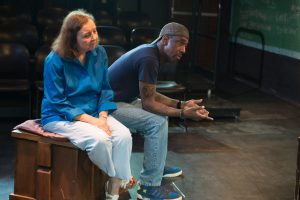 For each show, CityWorks partners with a community organization whose mission reflects the theme of the production. For “Fragments,” CityWorks partnered with the Howard Area Community Center (HACC), which works to strengthen the greater Rogers Park community by providing a variety of social services and educational programs for low-income individuals and families. The youth department at Howard Area collaborated on graphics, music and a spoken word performance with CityWorks this summer.

“It’s been a good experience. I didn’t even know I could make pop music until I decided to work with them,” Dunn said. “It’s a joy. I’d love to do stuff like this in the future.”

Athena Mayo, 24, is a summer instructor at Howard Area Community Center, and she taught graphic design to a group of 14- to 16-year-olds. Four students created posters for CityWorks’ upcoming play; Mayo made the poster production into a contest for the students.

“Working with an outside group helps them gain confidence and talk to people beyond their own friends … with this particular contest, they’re able to come up with their own ideas,” Mayo said. “I’m grateful to have the opportunity to teach them to do that.”

Youth from the community center will also participate in a spoken word performance hosted by CityWorks on Sunday, August 28 at 2pm. Participants will perform pieces revolving around community-building and experiences.

“It’s incredible, the things that some of these kids have seen at such a young age. It’s wild how we can be part of the same community but have very different lives,” Heller said.

For its first production, CityWorks raised more than $5,000 through a GoFundMe page and Loyola donated performance space.

“We’re really interested in opening it up to Chicago playwrights and giving them an opportunity to come forward with their work that’s addressing a certain social issue,” said Swartwout, an actor in the play and the managing director.

CityWorks is performing its current production of “Fragments” on Thursdays through Saturdays at 7:30pm and Sundays at 2pm until September 4. Tickets are $20, with proceeds split evenly between the Howard Area Community Center and CityWorks.

Alexandria Johnson is a multimedia journalist and proud Northwestern University Master’s and Bachelor’s degree recipient. Alexandria was an SJNN Fellow for Cycle 2 on mental health in Chicago. Follow Alexandria on Twitter @alexandria1007.