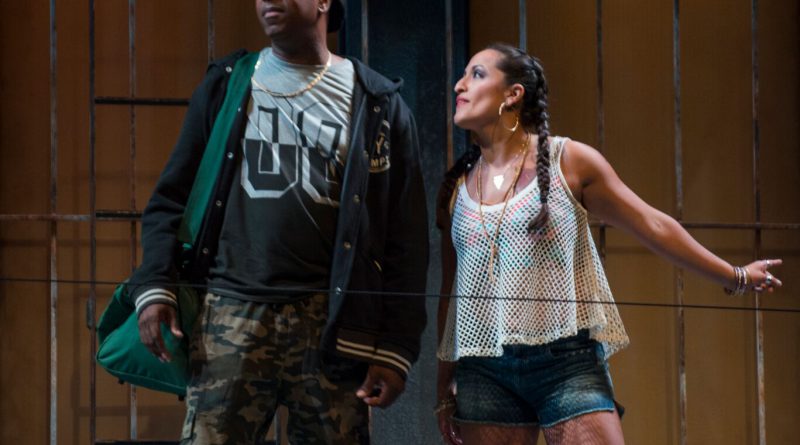 CHICAGO—Steppenwolf Theatre Company’s recent production “Between Riverside and Crazy” brought issues of policing to the stage, echoing conversations around the nation.

The show doesn’t just examine traditional models of policing, but also looks at the ways in which people police themselves and one another.

Chicago has witnessed a number of themes central to the play in recent years. From the cover-up of Laquan McDonald’s 2014 shooting to the July 28 shooting of unarmed, 18-year-old Paul O’Neal, the city is reeling from violence at the hands of police.

The shootings of Alton Sterling in Louisiana and Philando Castile in Minnesota, which happened 48 hours apart in July 2016, have again sparked national outcry. One response to the national unrest, and in some cases violence against police officers, is the Chicago-specific Blue Lives Matter ordinance, which would make violence against a police officer a hate crime.

Not long after the play begins, playwright Adly Guirgis transports the audience right to a moment of unrest, within the Washington home. Walter “Pops” Washington’s former NYPD partner Audrey and her cop fiancé Dave come to dinner to convince Walter to drop his civil suit, settle with the city and sign a nondisclosure agreement. Walter has been fighting with the city of New York for eight years after being shot by a rookie cop six times in the genitals at an “after hours” bar.

In an in-depth study, the Chicago Reporter found that between 2012 and 2015 the City of Chicago paid $210 million in settlements in police misconduct cases, proving that not everyone is “too proud” to accept a settlement. The payouts were for false reporting, torture, excessive force and illegal strip searches among other things.

While trying to hold on to his honor after being shot in the genitals—a larger message about the emasculation of black men—Pops struggles to hold on to peace amid the chaos.

Much in the ways that race is denied as a factor in policing decisions, which are all too often the difference between life and death, it was also denied by Dave’s character.

He tells Pops, “We’re all cops here. No black, no white, just blue,” and “not everything is about being [expletive] black.” In saying this, Dave denies Walter’s very experience and re-traumatizes him.

The play had an intense impact on theater-goers.

“The dinner scene hit, and everyone stopped laughing,” said audience member Jack Olin. “I’ve never been in a theater that went that silent that fast. Steppenwolf holds I don’t even know how many people, and we were all together witnessing this complex discussion of race and policing unfold. And then intermission came, and everyone immediately started talking to each other. It was kind of amazing that so many strangers could walk into a room and form community so fast.”

Regina Fields, who saw “Between Riverside” at both Steppenwolf and at the American Conservatory Theater (A.C.T) in San Francisco, said Steppenwolf’s production left ambiguity around whether or not Walter was called the n-word when he was shot by a fellow cop, while A.C.T did not. She said the fact that Pops lied in the San Francisco production influenced how white playgoers received him. To Regina, however, “it doesn’t matter whether or not that happened.”

In the end, Walter makes decisions on his own terms. He frees himself from the chaos, and the restrictions. “What a wonderful world it would be if what was right, was enough,” he said.