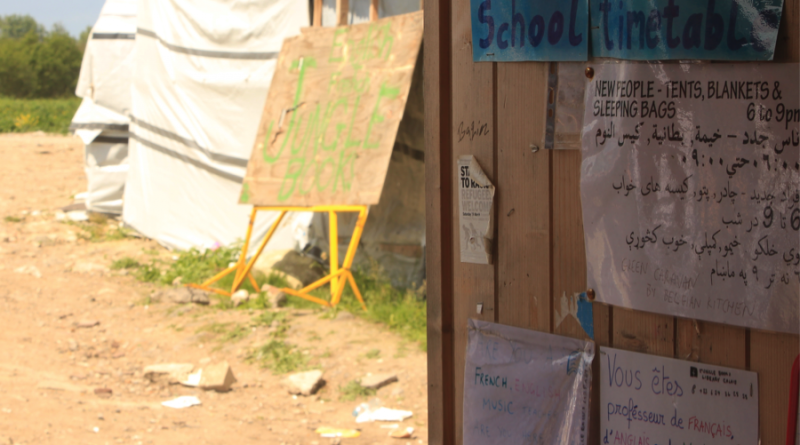 Anas asks me what I think of the Jungle.

“I’m surprised by the sense of community,” I say optimistically after the day of reporting, just 20 minutes before we’re set to leave. “Even in difficult circumstances, people seem to have made the place home.”

Anas chuckles—the one time that our conversation has elicited a smile.

“This is a terrible place,” he says ruefully. “It is no place to live.”

Anas, a Syrian refugee who asked me not to use his real name, arrived at the Calais refugee camp called the Jungle after the treacherous journey across the Aegean Sea. He planned to stay just a few days before joining his twin brother in the United Kingdom. Nine months later, he remains, and he sees no hope of getting out.

“They closed the border,” he says of Great Britain.

His family is scattered—his parents remain in Syria, his siblings in the UK, Germany and Sweden. Alone in the Jungle, with the agony of being one of only about 300 Syrians amidst more than 1,500 Afghans and 1,200 Sudanese, he feels trapped.

“The Afghans,” he says, “they’re barbarians.”

A long pause follows as he takes a draw of his cigarette.

“I don’t know,” he replies softly, looking toward the ground.

In the Jungle, he tells me, people don’t know about the outside world’s developments. They’re isolated, with electricity solely from portable generators, ever-shrinking borders being bulldozed by the French government, and only memories of home.

Anas wishes he could return to Syria. He doesn’t think it will ever happen.

Feeling his desperation, I ask a dangerous question—one that, knowing I might not be able to follow through on, could put me in a sticky situation: “Is there anything I can do to help?”

As a classmate approaches, I see on my watch that it is 5:45 p.m.. Our taxis to the station and the train to Paris will arrive at 6. I tell Anas it is time for me to leave and wish him the best of luck.

“It was a pleasure meeting you, Alex,” he says as he shakes my hand. “I hope you enjoyed your visit.”

A Taste of Home>>