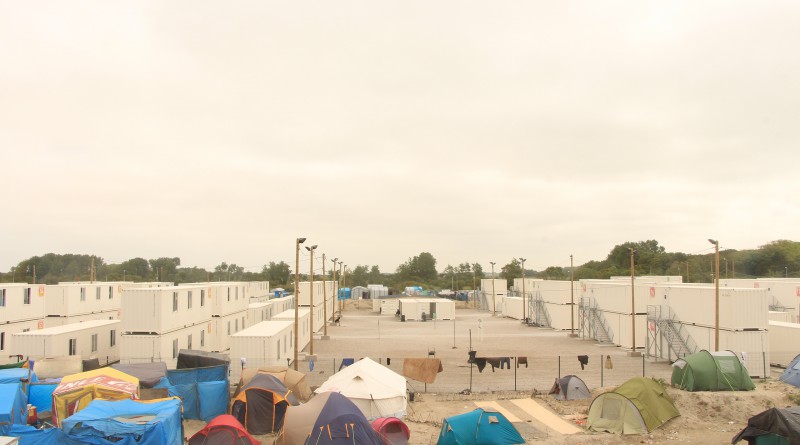 CALAIS, France — Annie Gavrilescu motions to a swath of countryside and invites a gaggle of reporters to imagine the area covered in tents, trailers and plywood structures. Littering the weeds at her feet are the former inhabitants’ possessions: stuffed animals covered in mud, trampled jackets, rotted food.

Surrounding Gavrilescu on this June day are 10 student journalists from the Medill School of Journalism at Northwestern University who spent 10 weeks studying the European refugee crisis, then traveled to France to report on it. What follows are some of the stories we heard at the Jungle camp, accompanied by reflections from our time there.

We heard first from Gavrilescu, a young Romanian-born aid worker with a British law degree who has lived in the Calais migrant camp known as the Jungle for nine months. She reported that French authorities tore down the southern section of the camp in February partly because they underestimated the number of people living there.

To challenge the government’s decision to tear down the southern portion of the camp, she began conducting a monthly census: “We had to prove that their estimates of the population are wrong.”

Her June count found that more than 6,000 people live in the camp, an increase of nearly 1,000 from one month earlier. Most residents are from Sudan and Afghanistan. Fewer than a third come from other countries, including Pakistan, Eritrea, Ethiopia and Syria.

Most people in the camp are young, single men, Gavrilescu found. But about 700 children also live there and nearly 80 percent of them are on their own, without adult family members.

Gavrilescu walks into surviving part of the Jungle, now crowded because of the closure of the southern portion. Some areas have wide roads paved with white rocks, others have narrow dirt walkways curving around tents and structures made of plywood and tarps. Recently, police have not allowed building materials including wood and nails into the camp, so new arrivals live primarily in tents, Gavrilescu said.

On a nearby overpass, someone has spray painted “NOBODY DESERVES TO LIVE THIS WAY” and “LONDON CALLING.”

Most people in the camp have come to Calais, a port town, because they want to travel across the English Channel to Britain. Volunteers often try to convince them to apply for asylum in France because traveling to the U.K. can be dangerous and often requires crossing into the country illegally. Most residents of the camp, however, cling to their initial goal.

“They have literally walked across countries with one dream in mind,” Gavrilescu said. “For us to change that is nearly impossible.”