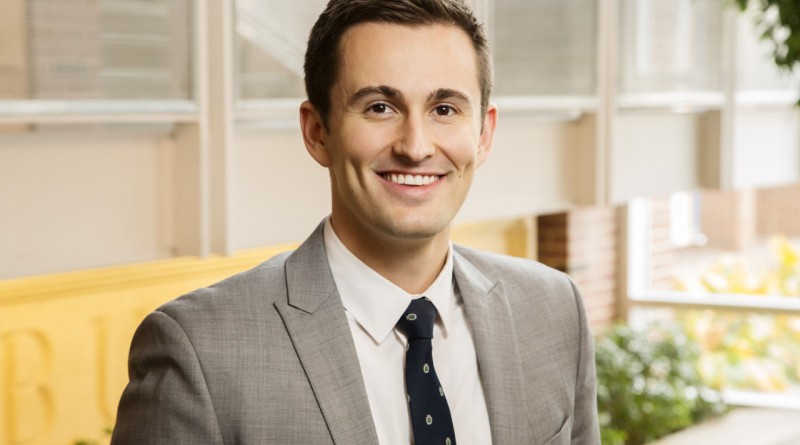 The Department of Justice (DOJ) initiated an investigation into the Chicago Police Department (CPD) in response to the release of the police shooting video of Laquan McDonald. This investigation can cause implications for the police department, long after it is completed.

I spoke with Dr. Rushin during the Roderick and Solange MacArthur Justice Center “De- Incarceration through Civil Rights Litigation Conference” on April 15.

Below is an edited transcript of that conversation.

Joshua Conner: When did you get your career calling?

Dr. Stephen Rushin: I’m a law professor, and I guess people who go to law school have a couple different routes you can go. One of those is you can try to become a law professor, teach law students and research on law-related issues. I first became interested because I was working with a professor at Berkeley named Franklin Zimring on a project investigating the crime decline in New York City. So through that I was working with people in the New York Police Department, and collecting crime statistics. I was trying to kind of figure out what causes this unbelievable decline in crime in New York City between 1990 and 2010. My dad was actually a cop my whole life, he is actually still a police chief in my hometown, so that was always kind of in the background of my life.

So I guess that working with someone to kind of study police conduct from an academic perspective and study the law of police regulation which is so fascinating. I did, then I was a teaching assistant for the Berkeley Legal studies program, so working with undergraduates. So those two things, I just loved while working at law school

Conner: What you said about the Department of Justice (DOJ) intervention is really relevant in Chicago. Can you explain how DOJ affects policing?

Dr. Rushin: I think Chicago is about to start a really long and arduous process, to reform their police department. Before the Chicago investigation was announced, I gave speeches about DOJ interventions all across the country including several in Chicago. I think the single most common question I got was, ‘Why hasn’t Chicago been the first target of the statute?’ So there is quite a history of publicized misconduct of the Chicago Police Department, and we’ll see what’s going to happen to the CPD.

I think the next steps are we are going to see the DOJ announce their formal findings, very likely finding a pattern of police misconduct. We’ll see what their ultimate findings are, it’s a long process for them to conduct a formal investigation. If they do find that there can be a pattern of misconduct, there will be a long negotiation process, with the City of Chicago negotiating with the DOJ about the package of reforms they want. Once they negotiate those reforms, then the reform process would begin. That’s like Los Angeles, that took over 10 years. Chicago is the third biggest city and second biggest police department in the country. It’s going to be a long difficult process, and there will likely be a push-back from front line officers, there will likely be some growing pains.

Conner: Explain more about the cost of policing and the economic impact on the city?

Dr. Rushin: It’s a really tricky issue, policing services represent a very large chuck of local and national county budgets depending on how municipalities are arranged. So in a place like Chicago…fixing police misconduct is not just about having dedication to the cause, it’s about having dedication in terms of allocating the necessary money to address it.

Fixing police misconduct is expensive, so that’s something we’re going to have to see Chicago make a concerted investment into. If there is a pattern of practice of misconduct and the DOJ intervenes, they’re going to have to at the offset dedicate a significant amount of money to correct the problem and there’s no way around that fact. That is a common element of every single DOJ intervention.

The upside is that Chicago is one of those cities where we’ve seen good publicity. It’s been some awesome work, by some other folks here in Chicago to acquire data on the amount of money spent in judgments and in settlements for civil rights suits for police misconduct. As best as we can tell, Chicago is one of the cities that pays out the absolute most in its lawsuits. So it’s going to be expensive in the offset, but down the road, I think there is a strong argument that if Chicago can actually reduce misconduct in the police department, that can pay dividends long term.