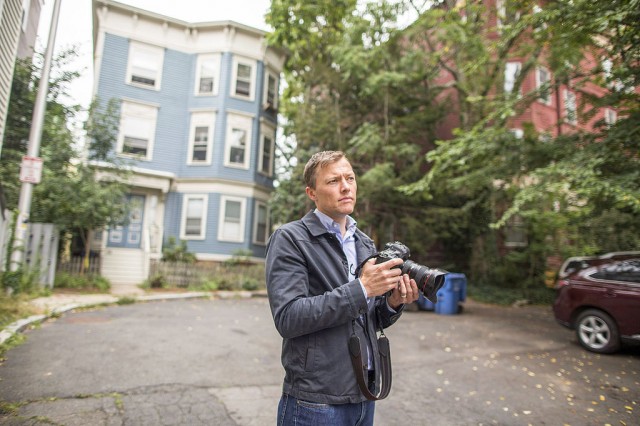 Not any more. Of the great many devastating and damning facts Matthew Desmond delivers with quiet efficiency in his new book Evicted, is the staggering statistic that one-fifth of all American renters report spending at least 50 percent of their income on rent; and at least one-quarter of those living below the poverty line are spending upwards of 70 percent. With the transformation of urban public housing from the high-rise projects of the 20th century into a voucher-based system woven into the private market — and waiting lists for existing public housing stretching into decades in some cities — the private rental market defines the landscape of contemporary cities, but until recently had gone woefully underexplored.

“I wanted to understand the role housing played in poverty,” said Desmond at a recent event in 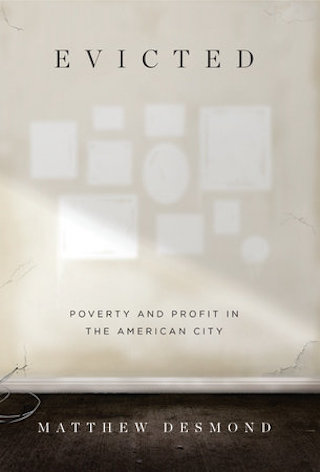 Chicago. To do so Desmond, a 2015 MacArthur fellow and Harvard sociologist, followed the lives of eight peripatetic families in Milwaukee — and two landlords — to map a richly detailed, intimate account of the effects of eviction and housing instability. In this city a single mother of two evicted in the middle of winter can call 89 landlords before finding one who will rent her a clean, safe one-bedroom apartment — only to get kicked out again weeks later. It’s where calling the cops to report domestic violence upstairs will get a victim evicted along with her abuser, rather than protected. And it’s where a savvy landlord can make the biggest profits on her cheapest, most dilapidated properties, because they can be flipped again and again.

Belt spoke briefly with Desmond before his talk at Chicago’s Seminary Co-Op Bookstore on March 15, and, well, frankly Belt wishes Belt had time for some follow-up questions — about the psychological consequences of eviction and homelessness on children; about the wildly skewed gender dynamics of the housing crisis, the face of which is overwhelmingly mothers and young children; about the possibilities of vouchers, or lower-quality housing, or a universal basic income, as strategic solutions to an affordable housing crisis spiraling out of control. Of course Evicted engages all of these questions, but the critical ones remain: how did this happen, and why? Because, said Desmond in Chicago, “By no American value is this justified. There is no ethical code, no piece of scripture that can justify what we have allowed this situation to become in this country.”

BELT: Evicted is set in Milwaukee, which we would call the western edge of the Rust Belt. Every city is different and every city has its own set of influences, but I’m curious to know what regional forces you might see in play in terms of housing issues. Are there are common legacies of segregation, a common age of housing stock, common patterns of deindustrialization and economic distress, common crappy weather? In the book you say this is Milwaukee’s story, but it could be anywhere.

Desmond: Well you do see in Milwaukee the effects of deindustrialization everywhere. You see these shuttered factories all around the city; between 1979 and 1983 the city lost 53,000 jobs, which is more than during the Great Depression. The city has never recovered from that. But something that’s interesting about Milwaukee’s history with housing is that it had an open housing struggle that lost and lost. The natural geography and the social geography there are really tightly wound together in Milwaukee, and so in the middle of the city, what used to be the Menomonee River valley, there’s only a few bridges over it. And one of them is the 16thSixteenth Street viaduct bridge, which [in 1967 and 68] had these folks marching over it night after night after night, and they got just physically beat back. And the laws eventually changed in Milwaukee and — this is quoted in the book, by a councilwoman named Val Phillips, where she says, you know, “Even Milwaukee has to realize it’s part of America.”

And when we looked at eviction numbers in places like Chicago, or Kansas City or Cleveland, they’re very similar to Milwaukee’s, so I do think we have a shot at a more representative story if we set it in Milwaukee. But I also love Milwaukee. I’m very drawn to it. I love the Rust Belt and I feel very comfortable in cities like Milwaukee, and Buffalo. I love those cities. I think there are personal factors involved in that affinity, but I think there were intellectual factors at play as well. A lot of the story of the American city is written at the margins. So we write a lot about the cities we consider our biggest successes — like New York, San Francisco, Seattle — and we write about cities we consider our biggest failures, like Detroit. And I think that Milwaukee is somewhere in the middle. So if you write about Milwaukee you’ve got a shot at telling a story about Indianapolis, or St. Louis, or Cincinnati, or anywhere else in the middle of the country.

BELT: I was struck by how clear-cut the segregation in Milwaukee is. As in Chicago, there’s a north side and a south side. You started in the white trailer park on the south side, and then moved to the black neighborhood on the north. How did you move from working in one area to another? What were you looking for? 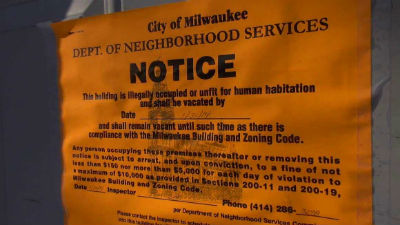 How it happened on the ground was I was living in this trailer park for several months and then the landlord hired this security firm, and all the guys who worked for it were from the north side. And there was this one guy named Officer Wu, who was this really gregarious guy with massive social intelligence, and he was just making friends with everyone, and one day I was just like, “Officer Wu I want to move to the north side.” And he didn’t understand what I was asking, because I’m a white guy, and he thought I wanted to move like, near campus downtown, but once I convinced him that I wanted to live here he lived, he invited me to come live with him. And our landlord was Sherenna.

BELT: Sherenna [a north-side Milwaukee landlord] is fascinating. You’ve said that you wanted to study poverty in relationship to wealth, but the wealth that Sherenna is accumulating is not Silicon Valley wealth or Wall Street wealth — it’s Milwaukee wealth. So she’s a complicated character — she’s hustling just as much as anyone else. How did your feelings about her evolve over the course of your research?

Desmond: Well the first thing you have to understand about Sherenna is that she’s an honest person. She’s honest, and outgoing and funny. And you see her at turns being generous and callous. So as someone who writes about people, when you meet a person like that, it’s illuminating. I was surprised by how involved she was in her tenants’ life. She’d give people marriage advice! Buy tenants groceries — and then evict tenants for calling the building inspector on her. The intimacy she had with her tenants surprised me, and the discretion.

And this is an important point: This is housing; it’s a central, fundamental human need. And there are good landlords and bad landlords and good tenants and bad tenants, but the bigger picture is tenants shouldn’t be relying on a landlord’s discretion for things like eviction. Because Sherenna could flip on a tenant; you see her do that in the book, depending on certain things. And imagine if food was dependent on that — that would be weird and we’d find it unthinkable.

Desmond: No I don’t think so. I mean, those things exist in our world and are real but I think … we’ve spent a lot of time looking at public housing, we’ve spent a lot of time writing about neighborhoods. But the private rental market, where the vast majority of poor folks live, just for some reason got overlooked — by policy makers, by social scientists, by journalists working on this, and there were these really basic questions that we were not able to answer. And so I think that there are folks that have experienced these problems, they’ve known about them for a long time, and there are housing advocates who have been working away, block by block, who are aware of these issues, but in terms of big data, we’d overlooked this problem. I think eviction was one of the most overlooked problems that affects the urban poor. I had no idea when I started the book how prevalent it was, how consequential it was. I thought eviction was a good frame to tell a bigger story but I didn’t know it would be the story.

BELT: What do you see as possible paths forward? Do you think the existing private market can somehow provide affordable housing for all, or do we need to build?

Desmond: Well we definitely need to build some places, but there are a lot of cities like Baltimore, Toledo, Houston, Milwaukee, Chicago, that have vacancy rates in the double digits. Some cities like New York and San Francisco it’s a different story, but in these places it’s not a story of building our way out, it’s a story of how folks in the worst neighborhoods can’t afford housing. So building is part of the solution, but a maximizing the existing infrastructure is also huge.

Beyond that though we’ve made all these great steps forward, especially when it comes to housing quality. But I think we’re facing this new problem now in that it’s becoming harder and harder to have a roof over your head. And I think we need to have a real conversation about housing as a right. Is it a right? If we say yes, which I think we must, because housing is fundamental to human flourishing, then I think we need to deliver on that obligation in a way that is big enough to match the size of the problem.

The book comes down on the side of a universal housing voucher program, but it also comes down on all sorts of other more incremental steps we can take, like providing legal assistance to people in housing court. But I think it’s fundamental that we put housing back to the center of the poverty debate and start addressing it in a real way.

I think that offering something to scale in the most cost effective way is vouchers. But I’m ecumenical. What works here may not work in San Francisco. But I think on a national scale vouchers are the most cost-effective way to do this thing for all people.

___
Martha Bayne is editor-in-chief of Belt. She is also a Cycle 3 SJNN Fellow.
More about Martha here.

This interview was originally published in Belt on March 25, 2016.