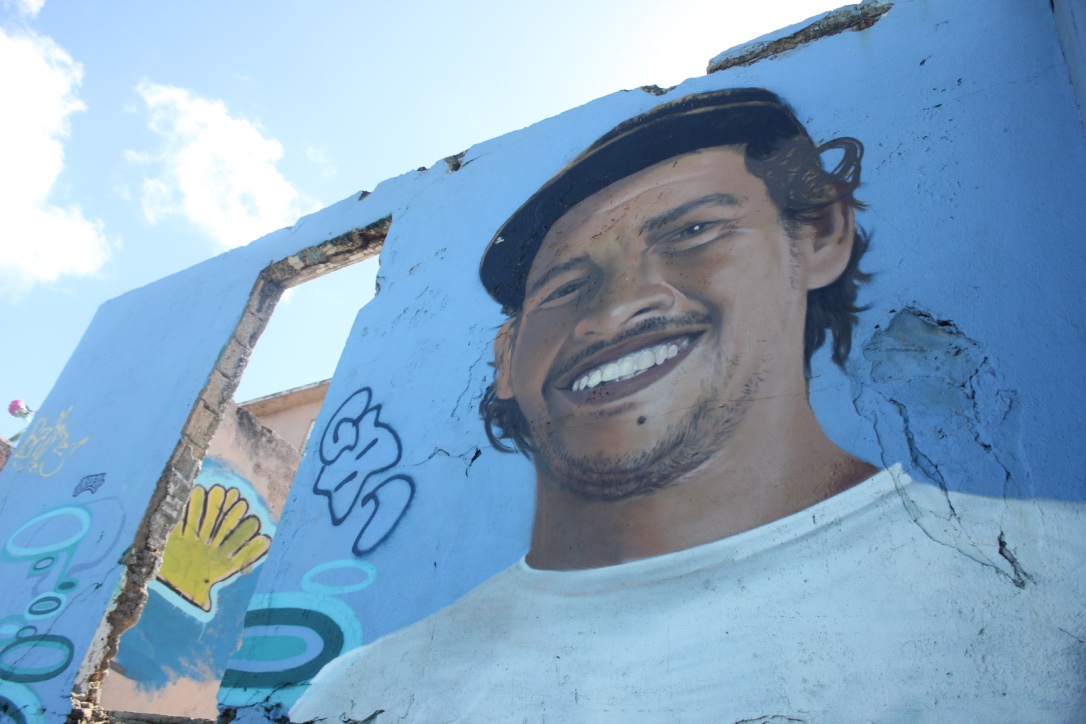 La Perla is an old neighborhood just outside the northern historic city wall of Old San Juan, Puerto Rico. Stretching about 600 meters along the Caribbean Sea, the neighborhood is tucked between Calle Norzagaray and Fort San Cristobal.

La Perla has been an infamous neighborhood since its early days. In the 19th century, it was the site of a slaughterhouse and home to people — slaves, the homeless and non-white servants — who were required to live outside the city walls.

La Perla’s dwellings were among the first homes built on the waterfront. Today the seaside around Old San Juan is largely home to beautiful restaurants, walkways and hotels catering to tourists, but the hard scrabble neighborhood of La Perla continues to occupy some of the island’s most spectacular coast.

It is widely considered a dangerous haven of violence and drugs. Travel blogs and portals and other island residents advise tourists to stay away from this side of the Old San Juan city wall.

In 2011, a federal grand jury indicted 114 individuals on charges of drug supply and distribution within La Perla. The Drug Enforcement Agency said its investigation found that drug traffickers rented chalets or used their homes in La Perla to process a variety of drugs for sales.

But in reality, La Perla, is an area with a thriving and welcoming local community; a neighborhood embellished with colorful murals and homes, constructive social programs and promising local development to augment its spectacular coastline.