Mary Piemonte rapped her original piece, “Life in the ‘Jects,” in a low voice as she leaned across the table in a café on Chicago’s South Side.

How many more for goodness sake,

Mothers are cryin’ ‘cause their children are dying, 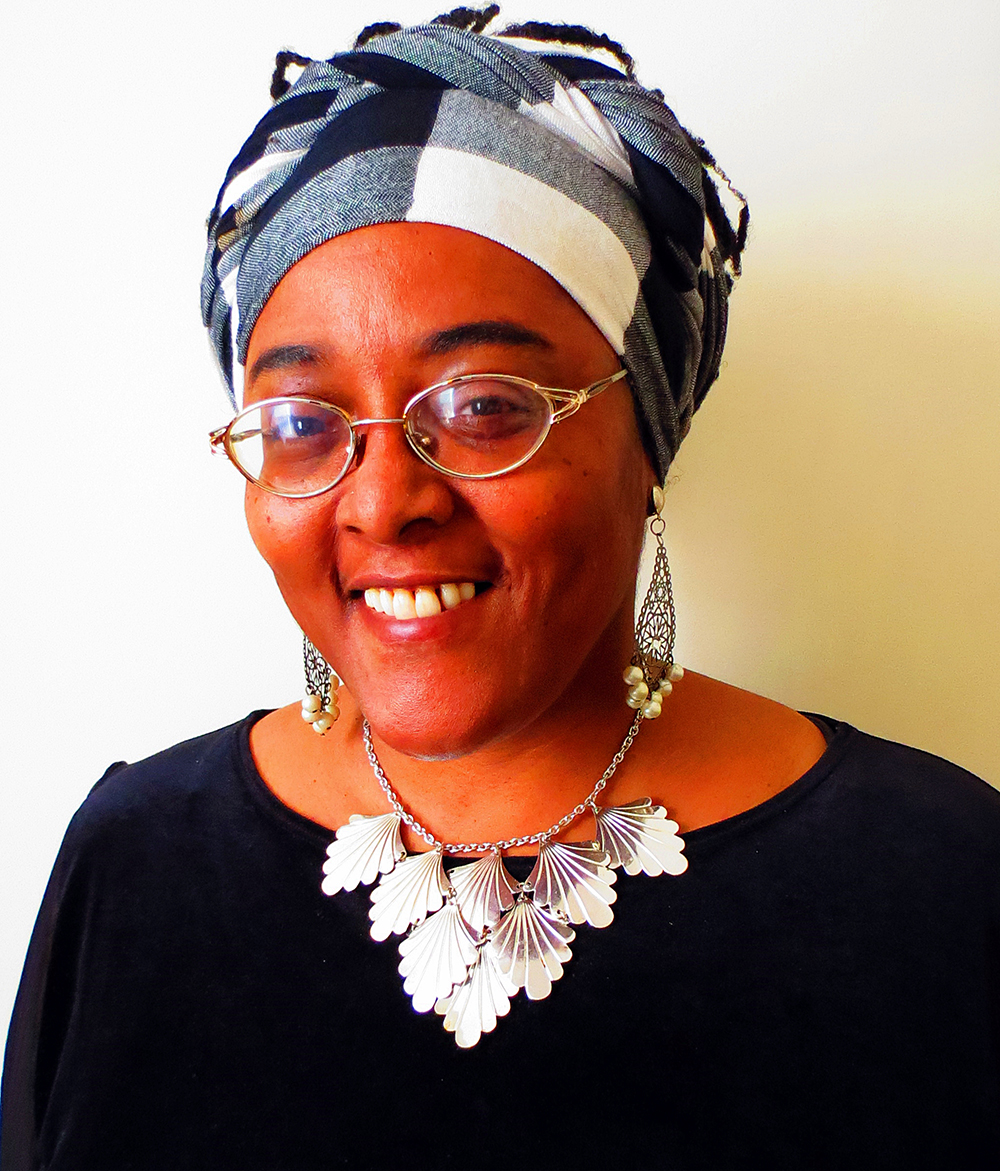 A self-taught writer, poet and journalist, Piemonte spent 22 years in Chicago public housing, raising six children while working tirelessly to expose mismanagement and inequity in the system and community around her. Eventually winning many awards for her work, Piemonte helped change the image of what a reporter can look like or where they can come from.

Piemonte got her start in the field as a volunteer for the Residents’ Journal, a publication for and by public housing tenants chartered by the Chicago Housing Authority (CHA) and funded by the federal government starting in 1996.

Ethan Michaeli, the founding editor, eventually hired Piemonte full time. He trained her in the technical aspects, but “the instincts were already there,” he said. “A lot of it is natural aptitude.”

When a new administration took over at the CHA, the Residents’ Journal had a choice to become milder and less independent or lose funding, as Michaeli described it.

Piemonte and the residents were determined to remain uncensored. So in 2000 they founded the non-profit organization We The People Media to run Residents’ Journal as an independent newspaper. Piemonte served as editor-in-chief and deputy executive director for more than a decade.

“He said, she said constantly goin’,

Don’t be no fool and lose your cool,

Use your head or wind up dead,

It is not hard to tell that Piemonte is tough, but it is daunting to grasp just how hard she has fought and how far she has come. As a 12-year-old, Piemonte ran away from her West Side Chicago home to escape her abusive stepfather. She remained homeless into her late teens.

She developed her survival instincts “on the dangerous, mean, cold streets of Chicago,” as she put it.

These qualities and her experiences helped make her a successful journalist. “She was tenacious and straight-forward but receptive to the answer,” Michaeli said. “She wasn’t going to judge you. She just wanted the answer.”

She often got it. Of all her work, Piemonte is particularly proud of a year-long investigation that resulted in a series of revelatory articles titled “Deadly Moves” in 2004.

The project was a collaboration between the Chicago Reporter and Residents’ Journal during the time Piemonte was editor-in-chief. The reporters uncovered higher murder rates in public housing projects where tenants had been relocated by the CHA under its massive “Plan for Transformation” to overhaul Chicago’s public housing. Their work won them a first-place, national award for collaborative public service journalism from the Society of Professional Journalists.

“She asked the questions people don’t normally ask,” said Quintana Woodridge, a former co-worker of Piemonte’s at the Residents’ Journal.

“Teens hang around with nothin’ to do,

Think it’s cool instead of goin’ to school,

What is there for them to do, out there,

Another point of pride for Piemonte is her work with youth. In the Urban Youth International Journalism Program, an offshoot of Residents’ Journal, young people from low-income communities receive journalism training and guidance and often write for the Residents’ Journal, sometimes as paid freelancers.

Past participants have traveled to places like Washington D.C. and even Ghana to report with the program. Some are now professional journalists, but the skills learned, including information-gathering, communication and self-confidence are invaluable regardless, Piemonte said.

Piemonte also trained Woodridge who volunteered at Residents’ Journal before she was hired on. “She was really great,” Woodridge said. “The majority of everything I learned, I learned from her.”

Piemonte’s own children, three boys and three girls, are now grown and pursuing varied careers or studies in criminal justice to pharmacology, everywhere from Chicago to Germany.

“And if you work and got kids home alone,

You got neighbors that feed them, cloth them,

Give them the use of their phone,

This is what they do, too,

Piemonte now lives on the South Side with her husband of almost five years, Gabriel Piemonte, an editor at the Hyde Park Herald.

She still writes occasionally for the Residents’ Journal, but her main focus is the website she launched chronicling the war on drugs in Chicago through the lens of local, state and national plans and policies. Piemonte launched the website while a Fellow in the Social Justice News Nexus during the fellowship’s inaugural cycle, focusing on drug policy.

There isn’t enough room on Piemonte’s business card for all the links to her websites, portfolios and photography work. She also has several manuscripts sitting at home and has decided to take up drawing on the side.

“And then you can consider,

While livin’ among all the gangs, drugs and dope,

There’s a way out,

There is hope, you know,

Livin’ in the ‘jects,

Marisa Endicott is a graduate student at the Medill School of Journalism.