“We find ourselves, in the wake of some of the challenges that have happened in our city, the need to revisit and continually push forward on mental health services throughout our city, and especially in the areas where we’ve lost service – where that safety net has been removed,” said Ald. Jason Ervin (28th), who introduced the ordinance last month.

The ordinance would require the Chicago Department of Public Health to join three managed care networks. Proponents say that would provide more residents access to mental health care, at no additional cost to the city. 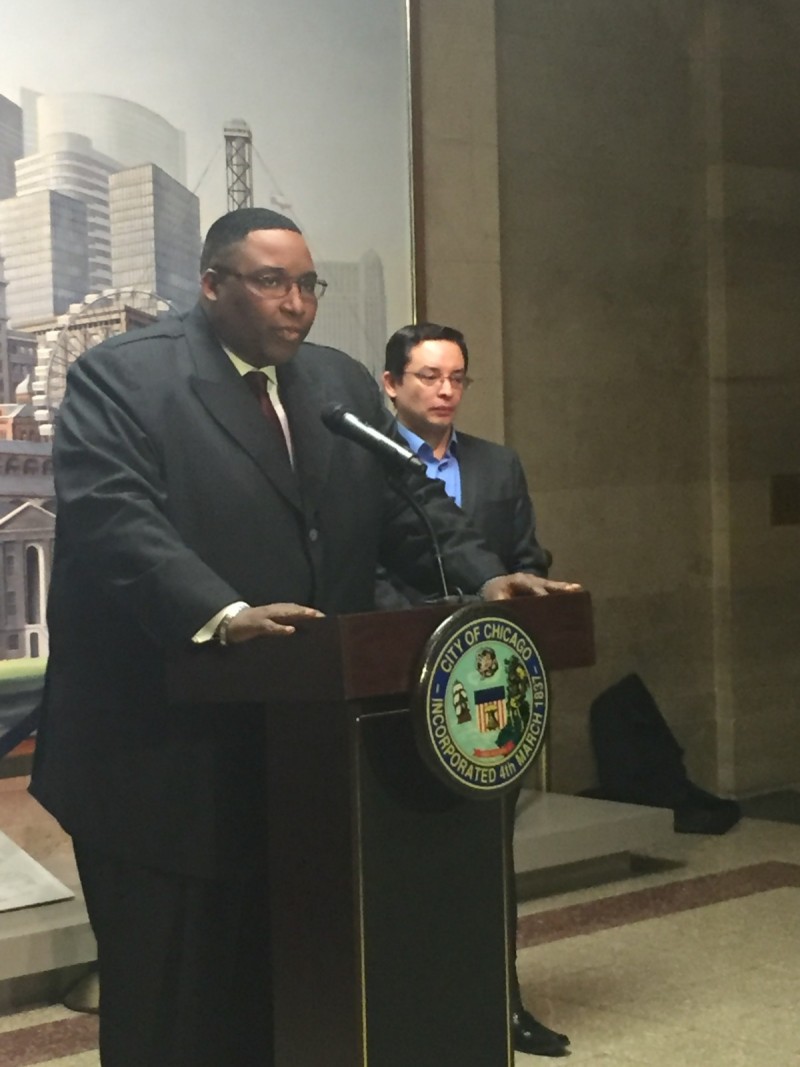 If the department joins the managed care networks, the city would be eligible to receive governmental reimbursements for patients with Medicaid coverage. Mental health advocates say that revenue would allow the city to hire more psychiatrists at the six city clinics and launch a community outreach campaign to inform residents about these services.

“I strongly believe the lack of mental health services is in direct correlation with the increase in crime in our city,” said Ald. Anthony Napolitano (41st), who noted that the city’s shooting and homicide rates have doubled since this time last year. “I think if we’re not advocating for people, we’re not doing our job.”

Ald. Raymond Lopez (15th) shared a story of a man who walks by his aldermanic office daily and twice vandalized his office. He said this man suffers from paranoid schizophrenia and delusions.

“At some point, if we’re not able to find him treatment … he may become the next Quintonio LeGrier or Laquan McDonald,” Lopez said, referring to the two high-profile cases of young men with mental illness killed by Chicago police. “I don’t want that for him … this ordinance allows us to access funding to help expand what we are able to do in terms of mental health throughout the city.”

“I’m especially, especially concerned about the plight of people experiencing mental illness,” Cappleman said. “This city is not responding to those needs of individuals living with mental illness, and those families suffer as well. I know that full well.”

Cappleman also said Cook County Jail is “the largest institution for people living with mental illness in the United States.” He said many people suffering from mental illnesses who are discharged from the jail are not given the support they need to get adequate treatment or avoid returning to jail.

Ald. Nicholas Sposato (38th), Ald. Walter Burnett, Jr. (27th), Ald. Deb Mell (33rd) and Ald. David Moore (17th Ward) also attended the news conference in support of the ordinance. “Mental illness when unaddressed and untreated is detrimental to everyone, especially the person who is suffering,” said Mell. “We really want to support people and get them help.”

Representatives from the American Federation of State, County and Municipal Employees (AFSCME) union said they support this “common-sense” ordinance. The union represents workers at the city mental health clinics.

“Our members experienced first-hand the consequences of the 2012 closures of six mental health centers, and we want to prevent any further disruptions to the city’s mental health safety net,” said Cherone Gladney-Morris, AFSCME Local 505 President.

In 2011 before the closures, the city’s 12 mental health clinics served more than 5,000 people, according to AFSCME Council 31 director of special projects Jo Patton. Now the remaining six clinics serve about 2,000 people, Patton said.

“We think the resources are there,” she said. “The city just needs to do a better job of managing those resources, so we can provide care for more new clients.”

Rodney Stewart works as a clinical therapist at one of the clinics, the Englewood Mental Health Center. “Our clinics need more psychiatrists,” he said. “We need to have a psychiatrist, not just one day at Englewood, but every day.”

N’Dana Carter, a leader of the Mental Health Movement, said she has received treatment at a city clinic for seven years.

“With times as hard as they are, people need these clinics more than ever,” Carter said. “Now we’re worried about the future of the remaining six clinics.”