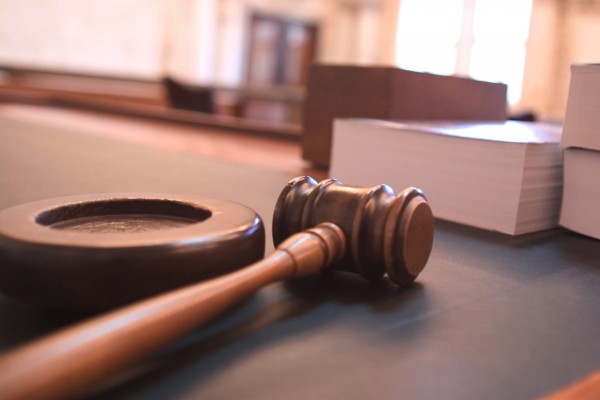 SJNN Fellow Maya Dukmasova has spent many hours in Cook County bond court, where people charged with crimes shuffle in and out in a dizzying parade of confusion, anxiety and despair, usually spending just minutes or even seconds in front of a judge who determines whether they will go home to await trial or go to jail. Bond court is a good example of the myriad problems and injustices woven into the criminal justice system, a system where low-income people, people of color and people with mental illness often seem like grist for a mill, a cyclical impersonal process where their underlying problems and needs are unlikely to be addressed.

Against this backdrop, as Dukmasova brilliantly describes in her current cover story for the Chicago Reader, county judge Jackie Portman stands out. As Dukmasova writes:

Portman is an iconoclastic judge whose unconventional approach has won her countless  fans—but also critics who question whether she’s overstepping the bounds of her office. Just before the bond court call begins at 1:30 PM, the atmosphere in Courtroom 100 is decidedly more amped than its usual nervous torpor. Portman swishes onto the high bench carrying her smartphone, a big, black cowbell with a red handle, and a carabineer jangling with keys and rewards cards.”I require 100 percent,” Portman announces to a fresh batch of defendants lined up in front of her. “Everybody in this room is on 100.   Every time we walk out of that door we are on 100.”

Portman runs the Deferred Prosecution and Adult Redeploy Illinois programs, two initiatives meant to help reduce recidivism and help people get treatment and job training rather than ending up behind bars. These programs along with Cook County’s specialty courts for mental health, veterans, drugs and other issues, are among the attempts that public officials are making at systemic reform. Dukmasova’s story shows how individual officials can also have an impact on the lives of those caught up in the system. She shows how Portman’s treating people like full human beings deserving of respect goes a long way.

She inquires about defendants’ families, offers warm birthday wishes, and congratulates them on their achievements, such as going to therapy or finding housing. She vigorously rings the cowbell to celebrate every defendant who pays off restitution in full. When  participants finish the program, she calls it “graduation” and toots a spirited rendition of Pomp and Circumstance through her lips.

Dukmasova also explores how this approach, inspiring as it may be, could also have limits or even be counterproductive. She quotes attorney and policy analyst Ali Abid noting that when Portman shows up at people’s group therapy sessions outside of court, for example, or gets them to see her more as a friend than a judge, people’s rights to privacy and to control information within the judicial system may be compromised.

Moreover, Abid adds, even if these out-of-court interventions have worked in Portman’s programs and for her clients, there is no way to standardize her methods. Judges are not trained to do social work, nor could we count on all of them to do it right. “You can’t expect every judge to be equally good at understanding the nuances of group therapy, of individual therapy, of drug test results, of all the other things that are happening,” he says. “You’re not going to get on board massive criminal justice infrastructures, involving dozens and dozens more judges, hundreds of other state’s attorneys and public defenders, and treatment providers, to all know how to behave in this new way where a judge can just show up and be expected to act responsibly on all the information that they’re getting.”

To read Dukmasova’s story in the Chicago Reader, click here.