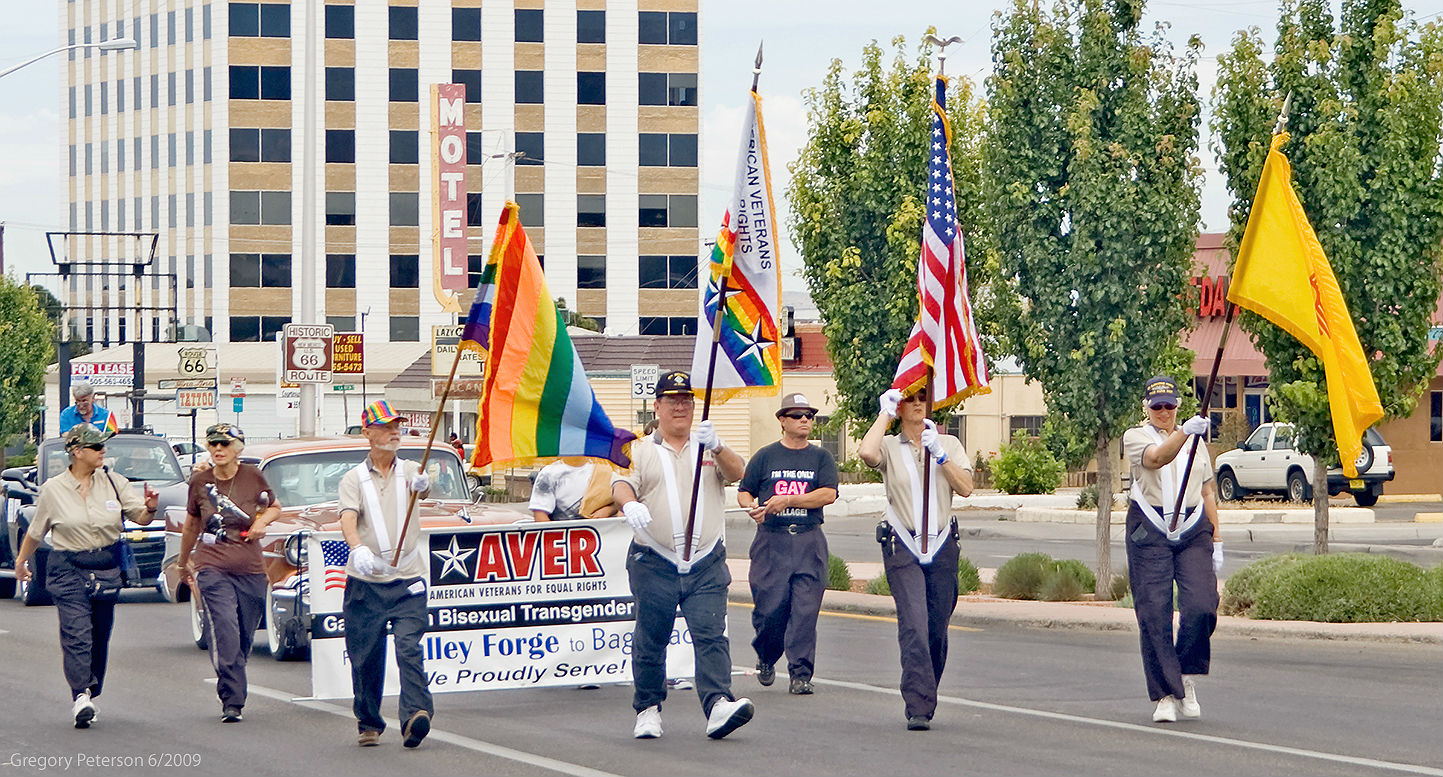 A six-foot American Flag lay unfurled in the corner of a meeting room at the Center on Halsted on a Thursday evening in December, as six veterans recited the pledge of allegiance before beginning the monthly meeting of American Veterans for Equal Rights Chicago.

Though there have been great strides in gay rights in recent years and the “Don’t Ask, Don’t Tell” policy banning openly gay people from serving in the military was repealed in 2010, members of the veterans group say there is still more attention needed to issues faced by gay and lesbian veterans.

Lesbian veterans and service members especially are dealing with multiple issues of discrimination and trauma. “Gay veterans might be accepted and even respected now, but no one accounts for the trauma the women experience,” said Navy veteran Mary Ellen Barns, 54. “It’s always been a male-oriented profession. Women often lose out.”

“There’s a difference even within the LGBT community,” between how men and women are treated, said James Darby, 83, the group president. “As men, we are seen to have less familial responsibility, and we get away with more.”

Barns described an experience she had while in the service stationed in Spain in the early 1990s. She and a friend had a drink one night, and on the way back to their ship, they were forced to hide as two men were stalking them.

“When we got back to the ship, the naval police officer accosted us and said two men had reported seeing us fall all over each other,” she said.

Jean Albright, who served in the Air Force for 20 years, worked on repealing “Don’t Ask Don’t Tell” after her retirement. While in the military, she was often nervous about being caught, but she was never questioned about her sexuality.

“I was stationed in D.C., which gave me the chance to keep my social life separate from my professional life,” Albright said. “None of my friends knew I worked for the military, and the military did not know I was lesbian.”

Barns had a different story. With her cropped hair and baggy clothes, others viewed her with suspicion. “I retired in 1997, six months before I was to be reenlisted. I was scared my identity would be revealed,” she said. She described how she admitted her sexual orientation to a civilian woman and a Naval officer at a bar in Athens, Georgia, while inebriated.

“The woman reported what I’d said to my commanding officer,” she said, emphasizing that often other women turned their backs on lesbians during the 1990s. “I was lucky enough that the Naval officer was too drunk to remember, so it was my word against hers.”

In a study published in 2014 by the National Center for Biotechnology Information, 95 percent of the women veterans were shown to suffer from Post Traumatic Stress Disorder and depression. Lesbian and bisexual women were also shown to have higher levels of trauma across their life span. The U.S. Department for Veteran Affairs has found that one in every five women service members report experiencing Military Sexual Trauma.

For lesbian veterans, the difficulties faced by women in the military were multiplied by having to hide their true identity.

“I regret not being true to myself,” Barns said.