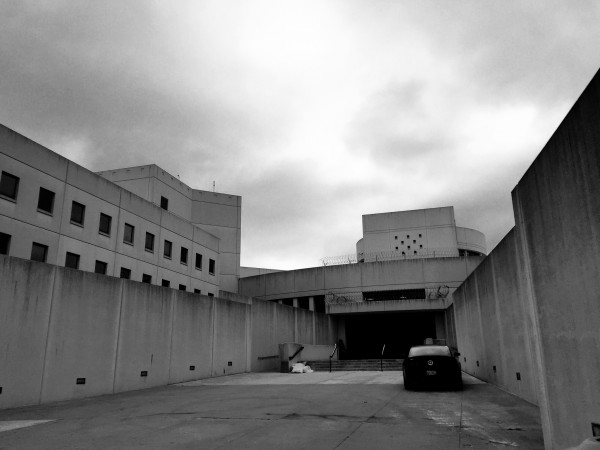 The nine activists first met over tea and dinner in a warehouse space in the West Loop in December of 2014. They were nervous and excited. And ready to get to work on their new project: the Chicago Community Bond Fund.

The Bond Fund is a “revolving fund that will pay bond for people charged with crimes in Cook County, engage in education about the role of bond in the criminal legal system, and advocate for the abolition of money bond,” according to its website. Its founders range from lawyers to activists to data analysts.

Sean Lewis, an analyst and one of the founders of the organization, anticipates the fund will be up and running —paying bonds— by January 2016. After much discussion at the initial meeting about who would receive bond support, Lewis said, “everyone agreed that we could do this for everyone.”

The reason, Lewis said, is because the bond system is inherently unfair. “We, as a group, really believe that every person that’s incarcerated on pretrial detention is basically being incarcerated because they’re poor,” explained Lewis. “That’s a violation of their constitutional right.”

After a person is arrested, they are held in pretrial detention —in a jail— and the court sets a bond. If the detained person is able to pay 10 percent of the bond, she is released from jail and can await trial in the comfort of her own home. If the person then makes all of her court dates, she gets the bond money back, minus court fees. If she does not make all of her court dates, she loses the money.

“We see the most vulnerable, the ones with the least access to resources, these people are then further criminalized by the system, simply for not having resources to pay bond,” said Jason Thompkins, a co-founder of Black Lives Matter in Chicago.

This shows that the people detained are so poor that they are unable to pay bonds of $500 or less. That inability has greater implications than just being in detention while awaiting trial, according to Thompkins. “Folks that are in holding, in jail, before their case goes to trial, as opposed to posting bond and be out, it impedes their ability to seek legal counsel, or their own ability to do their own work in discovery,” he argued.

Although the Bond Fund aims to aid everyone unable to pay his or her own bond, the organizers do plan on prioritizing some detainees over others.

“There’s no set criteria, not like a risk matrix or anything like that, but there are certain situations in which we may be more likely to bond someone out,” said Lewis. He suggested that an activist like Malcolm London, who was detained on charges stemming from Nov. 24 protests regarding the Laquan McDonald shooting, would take priority.

“We have soft criteria,” elaborated Lewis. “Peoples’ inability to pay, if they belong to specific identity groups —LGBT— if they have children and are a sole provider, if they were incarcerated based on self-defense, especially in an abusive relationship.”

The Bond Fund has critics, though. “Is it going to be a lottery?” asked Amy Campanelli, the head Cook County Public Defender. “Is it only going to be class 3 and class 4 felonies? Only misdemeanor clients? That could be problematic, I don’t know.”

Lewis defended the Bond Fund’s approach. “Because there are so many people incarcerated in Cook County jail, there will always be people who will believe that our criteria is arbitrary,” Lewis said.

Despite her reservations, Campanelli expresses support for the project. “It’s always good when my clients are not locked up in jail,” she said.

Thompkins is also optimistic about the launch of the Fund and said Black Lives Matter Chicago strongly supports it. “The Bond Fund is a really important intervention on the way the courts navigate,” he noted.

While they iron out the kinks of launching a new organization, Lewis and the other eight activists are excited to be a part of the project, “something that has a real impact,” he said. “We’re getting people out of jail. That’s huge.”