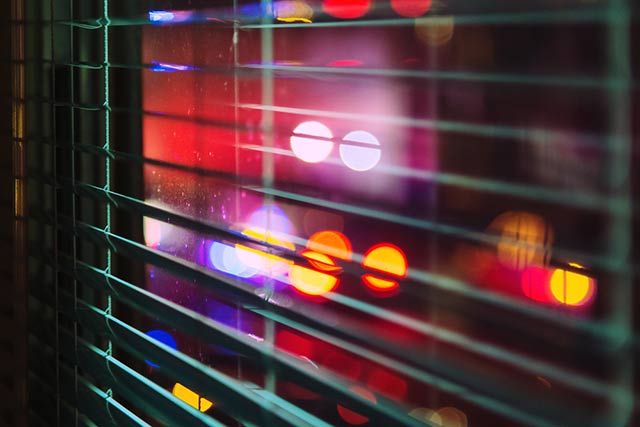 Smell is a powerful activator of long-term memory. When I encounter the smell of stale rooms, or any acidity that lingers in my throat, I’m taken back to a day in April 2012, when police notified my family that my brother, who had been missing for three days prior, had been found and could be visited at John H. Stroger Jr. Hospital, better known as Cook County Hospital in Chicago.

Entering his hospital room, I noticed his face was disfigured, bruised and swollen with dried blood that had not been fully wiped away from his nose. I wasn’t allowed to touch him but I could at least get close enough to whisper to him that I loved him. Almost immediately, my eyes began to burn, and I began to choke on the air. An acrid, metallic taste filled my mouth. His body was covered in pepper spray. Two sheriffs sat at his side, securing handcuffs that locked my unconscious brother to his bed.

What made this more tragic was knowing how much my family had been supporting him since he developed a brain disorder two years before. We had struggled so much, navigating health care and legal systems, trying to avoid any contact with law enforcement. In 2010, my brother had a mental breakdown. My family, unprepared and untrained to stabilize him, felt the need to hospitalize him. There, he was diagnosed for the first time with schizophrenia by a psychologist.

It’s true that this is a familiar scene in hospitals across the country, especially in situations involving police. Surely, the violence visited upon my brother is something society has become desensitized to, or perhaps unconsciously sanctions when there is assumed criminality. According to the National Alliance on Mental Illness, one in four people in the US live with mental illness. The alliance also estimates that between 25 percent and 40 percent of all Americans living with mental illness will be jailed or incarcerated at some point in their lives.

After my brother’s first diagnosis, we noticed more behavior that could be attributed to his illness such as aggressiveness, anxiety, lack of interest in daily activities and severe hallucinations. He would often become disoriented, a common symptom of his brain disorder, but he never strayed away from home. Before he went missing, he had been totally nonverbal for a year and very dependent on intensive family care.  During the search, when the family took breaks to sleep, my mother would stay awake continuing to look frantically, to distract herself, even searching hospital morgues.

We decided to collaborate with police on a three-day search. Initially, due to negative, personal experiences in the past, we felt reluctant to involve officers in any crisis or search situation. The police tried to allay our concerns, assuring us they had officers who were trained to deal with young people living with mental illness. But even with trained officers, we worried, then, and even now, how our loved one would react to police commands and questioning. In my community of Brighton Park, Chicago, many young people of color like me share first-hand accounts of police brutality and aggression.

Part of our fear, in the moment, arguably came from a lack of health resources in our community that could have provided foundational knowledge about police interactions with disabled loved ones. There are also no city policies that guarantee the safety of disabled people who come into contact with police. Encounters between the police and people with mental illness have been more frequent nationwide in the last few decades since mental health hospitals have shuttered and budgets have been cut, leaving more of the mentally ill without support and places for treatment.

Most of our fear, however, came from knowing that hundreds of people are killed by police every year. A project called Killed By Police, which tracks and posts every person killed by police each year since 2013, already lists 543 people killed in 2015. Other projects, like the Guardian’s The Counted, figure that the total is on track to exceed 1,000 by the end of 2015. One study found that more than half of all people killed by police in 2012 lived with mental illness.

After my visit to the hospital, the police explained that they picked my brother up just two blocks from our home and only an hour after he went missing. The details of the incident that led to his detention have yet to be fully uncovered and proven. We know he was transferred to Cook County Jail by the Chicago Police. During intake, he must have demonstrated that he needed psychiatric care, because he was eventually admitted to Cermak Hospital, which provides health services for system-impacted people at the jail. Roughly one-third of the people at Cook County Jail live with some form of psychological disorder. It’s not clear when he was beaten or who pepper-sprayed him. It was clear that in his time of crisis, my brother needed psychological treatment, not the jail he was placed in.

With half of Chicago’s 12 public mental health clinics shut down in 2012 and Cook County Jail now being the largest default provider of mental health services in the city, perhaps it is no surprise that my brother wound up there instead of a clinic or hospital. Even if an officer with some training encountered him that morning and wanted to connect him with a care provider, the options are limited on the southwest side of the city, where our family lives. The closest public mental health clinic, in the Back of the Yards neighborhood in southwest Chicago, was closed by Mayor Rahm Emanuel’s administration in the same month that my brother went missing.

My brother’s struggle exhibits how the actions of the criminal legal system and “correctional” institutions reinforce the damaging stereotype that people with mental disorders are criminals and/or violent people who must be heavily policed and severely punished to protect others. In fact, people with mental illness are more likely to be victims of violent crimes and are only responsible for about 5 to 10 percent of violent crimes.

We need to radically reimagine what safety looks like. The alternatives that people are working to build and sustain, such as restorative justice hubs, must be further supported. We need to center the urgent need to protect Black lives, especially those who are disabled due to a brain disorder. We have to passionately pursue love-based, restorative-justice safety practices and foment a culture shift, especially when society continues seeing the same people as being dangerous.

We must determine how we will ensure that one community is not being kept safe at another’s expense. We should explore alternatives to officer-led intervention in crisis situations, such as so-called “dual-response” models, which pair officers with medical professionals during responses. We can’t continue to rely on a safety mechanism that snatches people from their communities with devastating precision and funnels them through damaging legal processes.

Cities must factor in an equity agenda to ensure full services are available for areas within cities where there is little to no access to mental health care. We have to reconfigure the systems that are in place to protect people living with mental illness, as well as everyone in their communities, because the way it’s currently designed, we are spending more to “heal” people in jail than in community-based clinics.

My family’s struggle reveals the unnecessary strife that family caregivers and other advocates deal with when trying to ensure the safety of loved ones who may encounter the police during a crisis. There is a heavy cognitive and emotional load that caregivers carry with them throughout the day. That emotional labor is often thankless and made invisible.

The public safety, legal and health systems we expected to help and support my brother ended up further entangling him in trauma and pain. There is an obvious lack of support services for people living with physical and cognitive disabilities, especially when they are in crisis. Those of us who have full use of our bodies (for now) must understand how much our lives are wrapped up with the fate of disabled people. We need to see this struggle for liberation as more than just a moral obligation. We must come together to understand that no one is free or safe until everyone is free and safe.