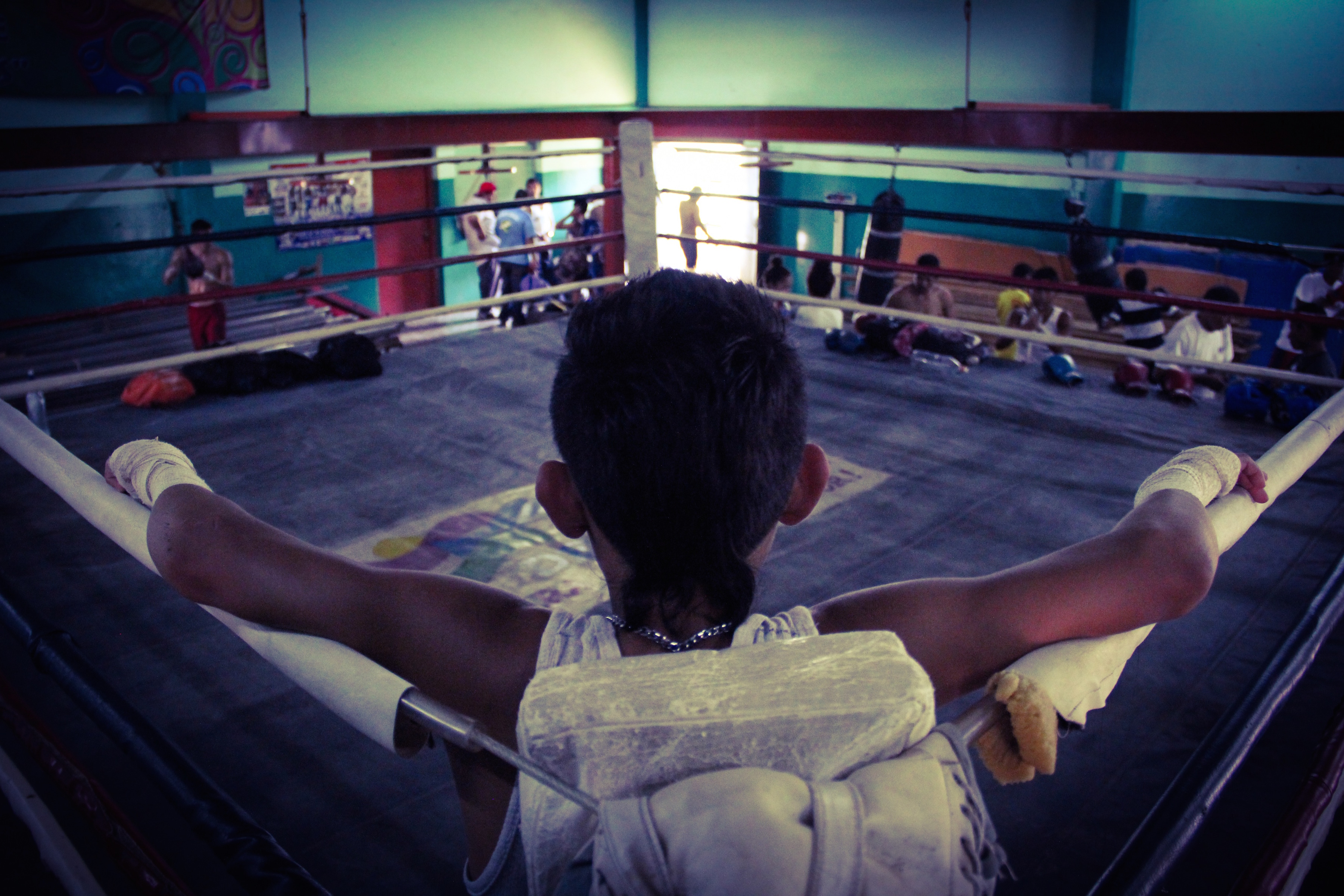 Ever since Alexis Argüello, the late mayor of Managua and world-famous boxing legend, became the first Nicaraguan to win the world title in 1974, ten other Nicaraguan boxers have lifted the belt of world champion.  All of these men had two things in common: a past full of hardships and a desire to fight their way out of poverty.

In Nicaragua, a country where according to the last official census 42.7 percent of its population lives in poverty, boxing has become a tool for thousands of young boys to build themselves a better future. Every day as many as 50 boys, from ages six to 15, take the train to the Roger Deshon gym.  The gym – founded by Argüello after he won his three world titles – has a local reputation for being a successful incubator of future champions.  It is located in the San Judas neighborhood of Managua, the capital city.

This story is about a dream and a legacy. The dream of hundreds of kids to follow Alexis’ footsteps to find a way out of extreme poverty and the legacy of a local legend helping them achieve it.

A follow up to this story,The Coach,  looking at boxing in Chicago.  More here.